The stock market has been a huge long-term winner for investors. One of the reasons why stocks do as well as they do over the long run is that they seem consistently to defy naysayers and their calls for short-term corrections, with bull market rallies lasting far longer than most people ever expect. That appears to be the case once again in 2021, with many market participants having believed that a pullback after 2020's stellar performance was largely inevitable.

Below, we'll look at how markets have fared as the first half of 2021 drew to a close. First, though, we'll look more specifically at how major market benchmarks fared on the last day of the second quarter. 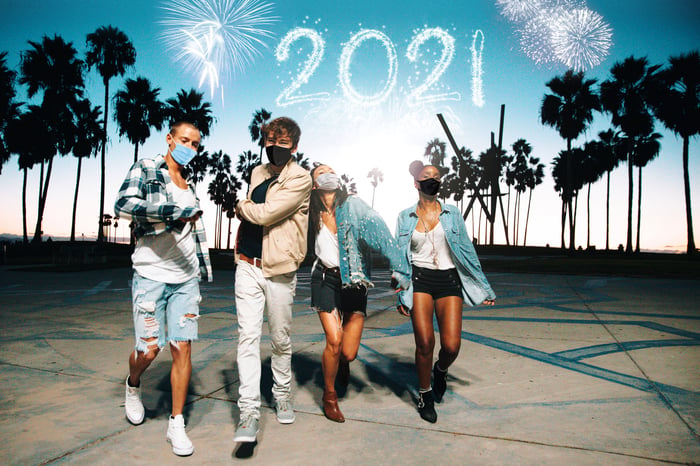 Stock market indexes were mostly higher, albeit with mixed performance. The Dow Jones Industrial Average and S&P 500 added to their respective rises so far this year, while the Nasdaq Composite pulled back very slightly.

Coming into 2021, few investors expected to see a whole lot from the stock market. The amazing returns from 2020 made it seem almost greedy to expect further advances for key indexes. Admittedly, the Dow had risen only 7%, but bouncing back from a more than 30% drop early in the year made the positive return seem worth even more. Moreover, the S&P 500 picked up more than 16% on the year, even before considering the impact of dividends that its constituent stocks paid. Most impressive was the Nasdaq's 44% rise, as investors flocked to the tech-heavy index and all the companies that found ways to ride out the pandemic.

Yet stocks haven't shied away from moving higher still in 2021. Despite a couple of minor pullbacks during the winter, all three major benchmarks are up double-digit percentages in the first half. Indeed, all three have returns very close to each other, as the once-lagging Nasdaq has caught up with the Dow.

Which stocks are leading the way?

Perhaps the most encouraging part of 2021's ongoing bull market is the breadth of participation. Many different sectors of the economy are seeing encouraging signs that are leading stocks higher. Some examples include:

The breadth of gains for the market is healthy, as it shows that investors aren't relying solely on a single industry's prospects. That suggests that even further gains could lie ahead for the stock market.

Many investors fear the second half of most years, figuring that historical market crashes have often come in September and October. Volatility is certainly possible, but the strong performance in the first half of 2021 serves as a potent reminder that bull markets can last a lot longer than you'd think.

Stock Markets Stay Strong; Can Ford and Tesla Both Win?