Sinking 18% through the first five months of 2021, shares of Enphase Energy (NASDAQ:ENPH) hardly seemed to be warming investors' hearts -- especially considering the S&P 500 had risen about 12% during the same period.

However, the clouds lifted in June, and Enphase's stock skyrocketed 28%, according to data from S&P Global Market Intelligence. Besides Wall Street espousing a favorable outlook on the stock, Enphase's foray into a new market contributed to the shares shining brightly in investors' eyes. 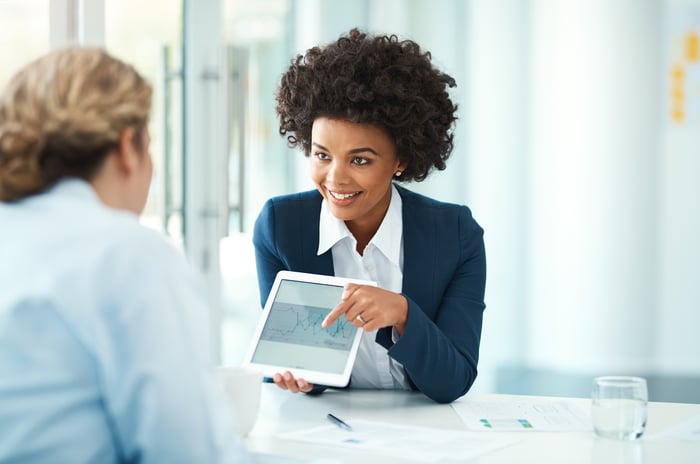 It wasn't so long ago that Enphase, a supplier of home and commercial solar-power systems, found itself in the crosshairs of the bears on Wall Street. In April, for example, Northland downgraded the stock to market perform from outperform, while Roth Capital and Craig-Hallum reduced their price targets to $220 from $260 and to $175 from $210, respectively, according to TheFly.com.

But the bulls roared back last month. In the last week of June, Stephens began coverage on Enphase's stock by assigning an overweight rating and $215 price target. A day later, Citi (NYSE: C) initiated coverage on the stock with a buy rating and a $220 price target, representing about 26% upside at the time.

Investors also celebrated Enphase's announcement in late June that its Encharge battery storage system is now available in Germany. The news came as a surprise for shareholders since the company had stated on its first-quarter 2021 conference call that the product was expected to launch in Germany in the second half of the year. The product's debut in Germany represents the first time it has been available outside of the U.S.

Evidently, Wall Street's enthusiasm for Enphase has extended into July. Last Friday, Goldman Sachs (NYSE: GS) raised its price target to $202 from $187 while keeping a buy rating. While analysts' bullish and bearish takes are certainly worth noting, it's important for investors to remember that analysts' time horizons are often shorter than the multiyear holding periods that we favor.

With regard to Enphase's introduction of Encharge to Germany, investors can now look for the company to bring the product to Italy and Australia, moves that management had stated would also occur this year. Expanding its global reach -- as it has done in Germany and presumably will soon do in other foreign markets -- is just one reason the company is one of the more interesting options for renewable energy investors.