These stocks have fallen almost 40% over the past six months.

The stock market has been showing some softness of late, and now could be prime time for investors to scoop up some deals. Two stocks that have been significantly underperforming the S&P 500 and its 11% rise over the past six months include Columbia Care ( CCHWF -7.79% ) and Discovery ( DISC.A 3.18% ).

And while both of these businesses look like they're in trouble, down 33% and 43% year-to-date, respectively, buying these stocks today could pay off for investors over the long haul. Thanks to their strong growth prospects, I think these two investments are worth taking a chance on right now. 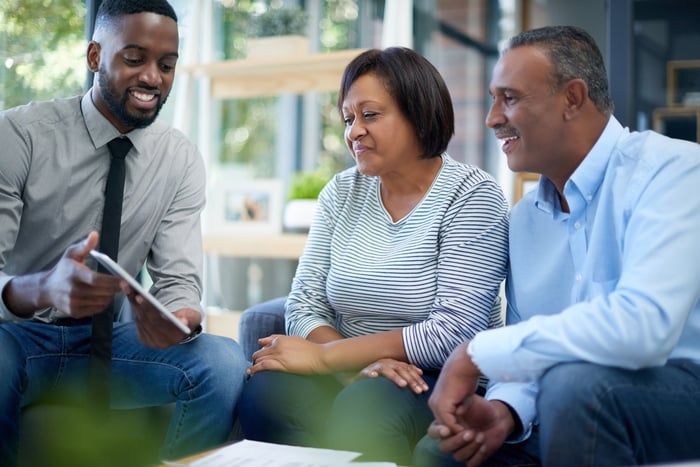 Marijuana producer Columbia Care has experienced tremendous growth in recent quarters. For the period ending June 30, sales of $109.7 million were up a whopping 232% year over year. The quarter before that, revenue soared 220%. It may seem odd, then, for such a high growth business -- especially one that has posted an adjusted earnings before interest, taxes, depreciation, and amortization (EBITDA) profit during the past two periods -- that its shares are lagging behind the market.

The reality is that pot stocks as a whole are down; Columbia Care's 33% decline over the past six months isn't a whole lot worse than the 40% drop the Horizons Marijuana Life Sciences ETF has had during the same time frame. A lack of progress in marijuana reform this year has incentivized investors to sell shares of pot stocks, struggling or not, and turn to other growth investments instead.

But this has created an attractive opportunity to buy shares of Columbia Care. Dozens of states permit medical marijuana, and with two big markets in New York and New Jersey passing legislation this year to allow recreational pot, the opportunities ahead of Columbia Care will only get bigger in the near future. The New York-based company is eyeing both of those markets for growth initiatives, and it is well-poised to be one of the biggest beneficiary of those states opening up for business.

While Columbia Care's stock is down right now, investors shouldn't count it out over the long term. The company's in an excellent position to cash in on some incredible growth potential in the years to come.

Media company Discovery is down an incredible 43% during the past six months, but on a year-to-date basis, its losses are a more modest 37%. The stock has been volatile, but there's reason for investors to be bullish on its future. Although it is in an increasing competitive streaming industry, its upcoming merger with WarnerMedia, which will add HBO Max to its already diverse portfolio, will make it a much stronger force to compete with the likes of Netflix and Disney.

But Discovery's existing business looks strong all on its own. In its second-quarter results, the company reported revenue of $3.1 billion for the period ending June 30, which represented a 21% increase from the prior-year quarter. The company also noted that "Discovery was the #1 most-watched pay-TV portfolio in the U.S. among key demographics." The company's portfolio currently includes popular networks such as HGTV, Food Network, and TLC.

Discovery officially launched its streaming service, Discovery+, on Jan. 4 which has already amassed 18 million subscribers. WarnerMedia has 67.5 million subscribers across the globe for its HBO streaming services (including HBO Max). Together, that would give the new entity more than 85 million subscribers. That's still shy of the 116 million Disney+ has and nowhere near the 209 million Netflix reported in July. But combined, HBO and Discovery could provide more attractive streaming packages and be more formidable players in the sector, potentially luring some subscribers away from those other services. Discovery shareholders will end up owning 29% of the new business when the transaction closes, which likely won't be until the middle of 2022.

While investors may be concerned about the need for cash to grow and compete in the streaming business, Discovery has generated free cash totaling more than $2.1 billion over the trailing 12 months and could be great a partner for WarnerMedia. Buying the growth stock on such a massive dip ahead of a key acquisition could be a move that leads to significant returns for investors in the not-too-distant future.

3 Cannabis Stocks That Are Better Buys Than Dogecoin

Can the Marijuana Industry Ever Be Profitable? An Interview With Columbia Care CEO Nick Vita