These stocks are set up well to survive whatever comes our way.

Macroeconomic trends have rocked Wall Street in recent weeks, with investors caught up in concerns over the debt ceiling and talk of rising interest rates.

These are legitimate worries that should not be dismissed. If things don't go to script whole sections of the economy, including highfliers like tech stocks, could be impacted.

But not all companies will be hit equally, and there are some stocks that look well positioned to thrive even if interest expense becomes a bigger issue in the years to come.

Here's why three Fool.com contributors believe Trex (TREX -0.17%), Axon Enterprise (AXON -0.56%), and Proto Labs (PRLB 1.47%) have what it takes to weather any economic turbulence on the horizon. 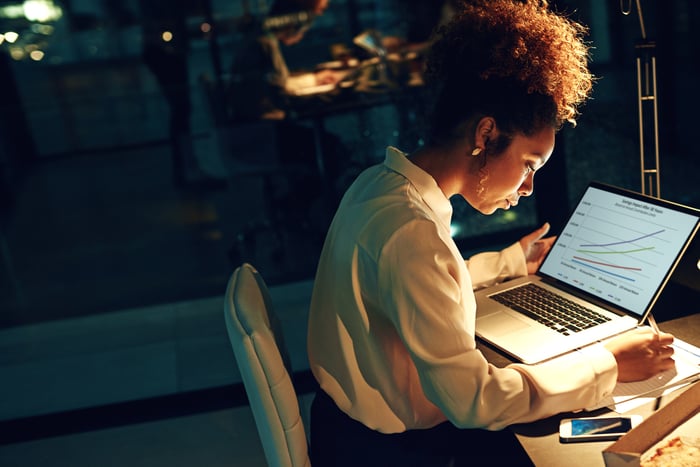 A good stock to build a portfolio around

Lou Whiteman (Trex): Trex, a maker of a composite alternative to the lumber that commonly goes to build decks, has had a terrific run on Wall Street. The stock is up more than 600% over the past five years. But fitting for a company that is focused on sustainability, Trex is set up well to continue that growth without putting investors at risk. Even after that run up the stock looks attractive today.

Trex products are more expensive than wood, with its basic deck board costing about $1.80 per linear foot compared to about $1 per linear foot for timber. But they last longer, and need a lot less maintenance, making it a compelling value proposition for customers. And the company is slowly building its commercial business providing durable alternatives to wood for railings, with involvement in new stadiums in Dallas, San Francisco, and elsewhere in recent years.

This is also an ESG stock, making a product that is a green alternative to lumber and boasting facilities that use recycled water.

Trex, with just more than $1 billion in annual sales, has just a small part of the $6 billion-plus annual market for decking materials. But it has been growing its residential business at a compound rate of 16% annually since 2016. And the company is rapidly expanding capacity, spending more than $200 million to construct and expand facilities in Virginia and Nevada that will allow it to increase production by 70% compared to 2019.

The best part about all of this growth, from an investor standpoint, is Trex has been able to do it without weighing down its balance sheet. The company had less than $100 million in total debt at the end of its last quarter, meaning its results should not be impacted materially if rates rise.

It is possible demand for Trex products could be impacted by a sudden rise in interest rates, but the long-term need for housing is not going to go away just because rates rise. And in a high-rate environment the attractiveness of home buying falls, which could cause some consumers to instead stay in their existing homes and make improvements like adding new decks.

The bottom line is for all of the growth Trex has enjoyed this company is still in the early stages of capturing its market opportunity, and as it grows it gets increased benefits from scale. Its earnings before interest, taxes, depreciation, and amortization, or EBITDA, margin has climbed 260 basis points in the last five years, to a recent 29%.

Trex provides solid growth and exposure to megatrends in housing and home improvement, all with a secure balance sheet and a proven track record. It is an ideal choice for a structurally sound portfolio.

A stunning level of safety and security

Rich Duprey (Axon Enterprise): There has been one name in law enforcement safety equipment for years and it's been Axon Enterprise. Known initially for its Taser conducted electrical weapons, or as they're commonly called, stun guns, Axon has come to own the body camera market and increasingly the cloud-based evidence management database market. 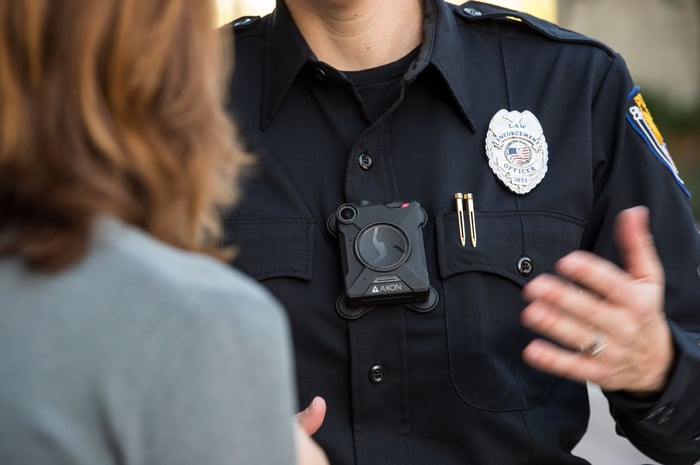 While it's getting some tough new competition from Motorola Solutions, which has made a full-court press on wide swaths of those same markets, the Axon ecosystem is tough to beat and should give it plenty of room to continue growing. It's a big market with room for several players, and Axon looks likely to remain in a leadership position, even in times of market turmoil, which look to be on the horizon.

Swiftly rising inflation, a tight labor market, and continued supply chain disruptions are beginning to wreak havoc with many businesses that could stall the economic recovery we've been experiencing. "Stagflation," or rising inflation and a declining economy, is creeping back into the lexicon. For a company like Axon, though, which doesn't have any debt on its balance sheet, it will be able to maneuver nimbly if the going gets rough.

Axon, of course, is offering what law enforcement agencies need (and the public demands) by providing accountability all the way around. Through its body cams officers and the public are protected, its Tasers provide nonlethal force measures, and its Evidence.com evidence management systems provide efficiency and scalability.

Revenue last quarter jumped 55% over the year-ago period to $219 million, with most (52%) still coming from its Taser segment as more agencies in international markets adopt the platform. That helped it raise the gross profit margin 550 basis points to 66.4%.

Its cloud segment also saw strong growth of 44% while the sensor business grew 59% year over year.

Perhaps of greatest importance, annual recurring revenue grew 42% as net revenue retention grew 119% from the year ago period. That's key because it points to just how "sticky" Axon's ecosystem becomes once an agency adopts its various systems. Since each of the components is integrated with the others, agencies tend to remain wedded to it over time.

Axon's stock is not cheap by most measures trading at 94 times next year's earnings estimates and over 200 times the free cash flow it produces, so I wouldn't put my entire nest egg into it. However, as we enter a period of uncertainty, Axon Enterprise offers investors a level of security that its business won't falter if times get tough.

Rich Smith (Proto Labs): Investor fear of rising interest rates -- 10-year Treasury notes at 1.5%, oh my! -- kneecapped the share prices of multiple growth stocks earlier this week. But here's the thing about higher interest rates on debt: They don't matter if you don't have debt.

My stock pick for this week, contract 3D printing company Proto Labs, has no net debt at all. To the contrary, with $60 million in the bank and only $12 million in debt, according to data from S&P Global Market Intelligence, Proto Labs is in a net-cash position. And with $37 million in trailing free cash flow, Proto Labs is generating more cash, and filling out its bank account further, with each passing day.

Proto Labs' strong free cash flow backs up $0.90 of every dollar the company reports as net income, indicating very high quality of earnings. What's more, Proto Labs is growing its earnings strongly. Analysts polled by S&P figure that Proto Labs should be able to grow earnings at 25% annually -- nearly twice the growth rate of the S&P 500 -- over the next five years.

Valuation-wise, Proto Labs is not a cheap stock. At $1.9 billion in market capitalization, the company sells for almost 50 times free cash flow, or a slightly cheaper P/E ratio of 45. That being said, the whole darn stock market looks kind of red-faced with irrational exuberance right now. When you consider that the average S&P 500 stock costs more than 34 times earnings, but is growing at only 13.3% (resulting in a PEG ratio of 2.6), Proto Labs stock is at least a relative bargain at its PEG ratio of 1.8.

And if you believe as I do that 3D printing is an industry with a bright future, that makes Proto Labs a great growth stock to consider buying in a time of economic turmoil.