This fintech stock might finally have some positive momentum after a few tough months in the market.

SoFi (SOFI -1.86%) stock gained 12% in September due to positive analyst coverage after suffering big losses earlier in the year. SoFi's price chart tracked the UltraPro QQQ ETF (TQQQ 0.55%), which is designed to deliver three times the daily performance of the Nasdaq 100 index. However, the fintech stock was able to avoid the losses sustained by major indexes in September as investor sentiment grew more favorable. 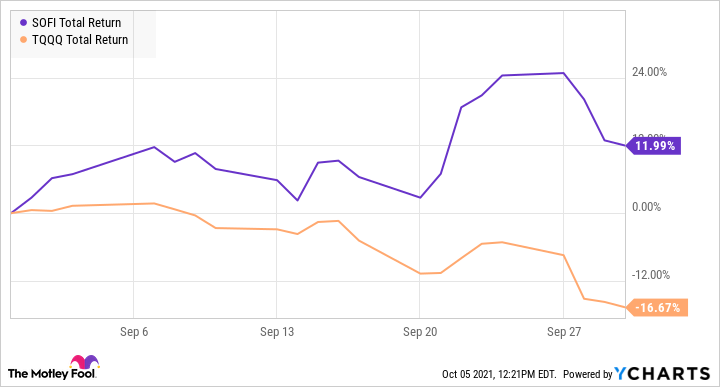 SoFi became publicly traded through a SPAC IPO in June, having announced the merger in January. The time between the announcement and the IPO was highly volatile for the SPAC, and it's been mostly difficult for shareholders since SoFi officially went public. The stock briefly moved above $24 in its first few trading days, but it slid throughout July. An uninspiring August earnings report with weaker-than-expected forecasts sent SoFi tumbling again, and it entered September nearly 40% below its year-to-date high. 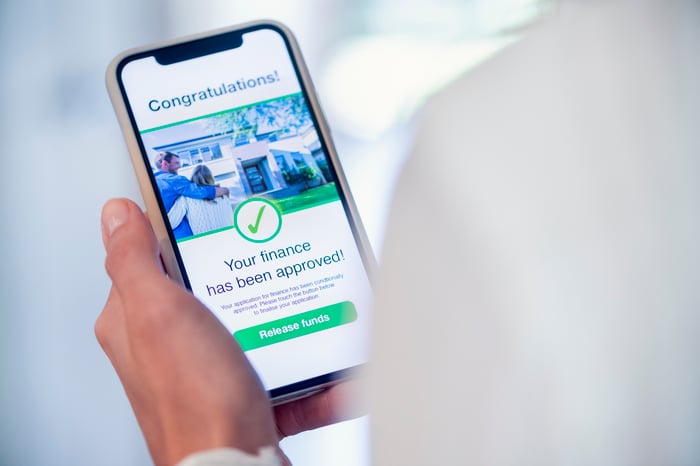 Volatility gripped the stock market in September, and SoFi wasn't spared those sharp price fluctuations. However, the beaten-down stock was generally able to deliver larger gains and smaller losses. The equity research teams at Jefferies, Mizuho, and Credit Suisse all initiated coverage of SoFi last month, with Jefferies and Mizuho rating the stock a buy and setting price targets at $25 and $28, respectively.

Analyst ratings are frequently flawed and shouldn't necessarily influence your decision to invest in a stock. However, a swell of analyst attention and positive overall outlook can catalyze stock prices in the short term, which certainly seems to be the case here.

SoFi has become an emerging leader in fintech, but it operates in a highly competitive industry. Having dropped so much in the first part of the year, SoFi now trades at a more palatable valuation for investors who like its growth story. While the company is cash flow positive, it isn't profitable and isn't expected to achieve breakeven in the next couple of years. That makes the stock appropriate for growth investors who believe that SoFi can keep up its phenomenal growth in terms of users, accounts, and products.

If that growth narrative comes to fruition, and its cash flows remain positive, then SoFi has plenty of upside potential. This probably isn't a great stock if you're especially risk-averse or convinced that a market pullback is imminent, because SoFi very well could tumble more than markets in general.

These 2 Stocks Are Moving the Nasdaq Right Now

Why SoFi Stock Fell 17% in March

Why SoFi and Nordstrom Soared After Hours Tuesday