CRISPR Therapeutics stock is now down roughly 33% across 2021's trading.

Shares of CRISPR Therapeutics (CRSP -0.22%) fell 10.4% in September, according to data from S&P Global Market Intelligence. There wasn't any business-specific news driving the sell-off, but the gene-editing company's stock got pinched as investors moved out of relatively speculative growth-dependent plays. 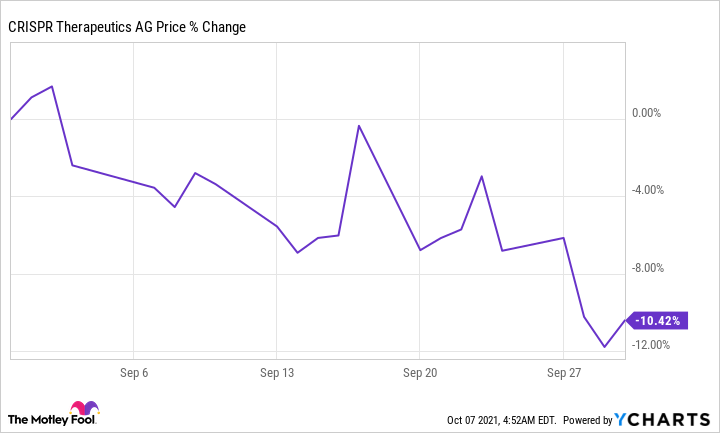 Rising Treasury bond yields, inflation concerns, and geopolitical tensions weighed on growth stocks last month. The Nasdaq Composite index ended the month down roughly 5.3%, and CRISPR Therapeutics was caught up in the sell-off. 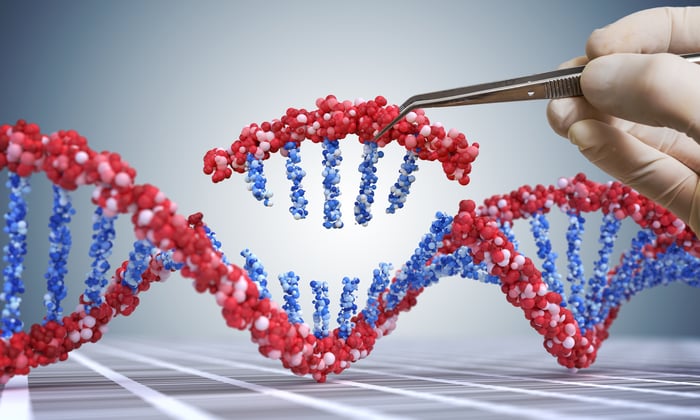 With bond yields and interest rates rising, some of the shine typically starts to come off of growth-dependent stock plays. That's because valuations for companies in the category hinge on future performance, and the combination of safer return potential in bonds and a less advantageous borrowing environment for funding expansion initiatives makes relatively speculative businesses less attractive.

As a broader biotechnology category, gene-editing still boasts huge promise, but it's not surprising that CRISPR stock has lost ground amid recent market volatility. The company has found some early success with rearranging the sequence of the CRISPR-Cas9 protein in order to improve immune system response as a therapeutic treatment. However, this is still a new technology in the grand scheme of things, and investors tend to shy away from that sort of thing when market conditions turn turbulent and rising bond yields present the option for much safer alternatives.

CRISPR Therapeutics stock has continued to slide early in October's trading. The stock is down roughly 8.9% in the month so far. 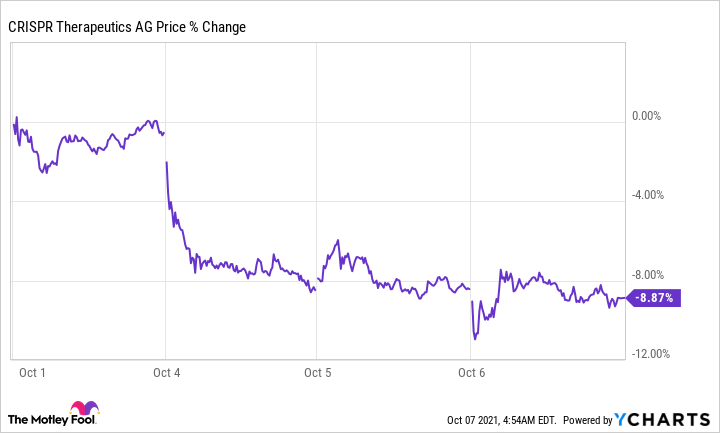 CRISPR Therapeutics is valued at roughly $7.8 billion and trades at roughly 9.7 times this year's expected sales and 22 times this year's expected earnings. On a surface level, these valuation metrics may actually look quite cheap, but it's important to keep in mind that the company's performance will likely be relatively uneven in the near future.

If you're looking for investment opportunities in the biotechnology space and are willing to take on big risk in pursuit of huge returns, CRISPR Therapeutics still looks like a worthwhile investment opportunity. However, you should proceed with the understanding that this is a high-risk, high-reward play, and the stock could be subject to big swings amid volatile market conditions.