The tech giant is winning big from solid demand in the video gaming space.

Microsoft (MSFT -2.36%) will release its fiscal 2022 first-quarter earnings report on Tuesday, Oct. 26, and investors will be looking forward to another solid set of results from the company that has turned out to be a rewarding investment so far this year.

The software giant is expected to deliver a 23% year-over-year increase in revenue to $44 billion, while earnings could jump from $1.82 per share in Q1 fiscal 2021 to $2.07 per share for the quarter that ended in September. The top-line forecast is within Microsoft's guidance of $43.3 billion to $44.2 billion, so the company looks well placed to satisfy Wall Street's expectations on that front. 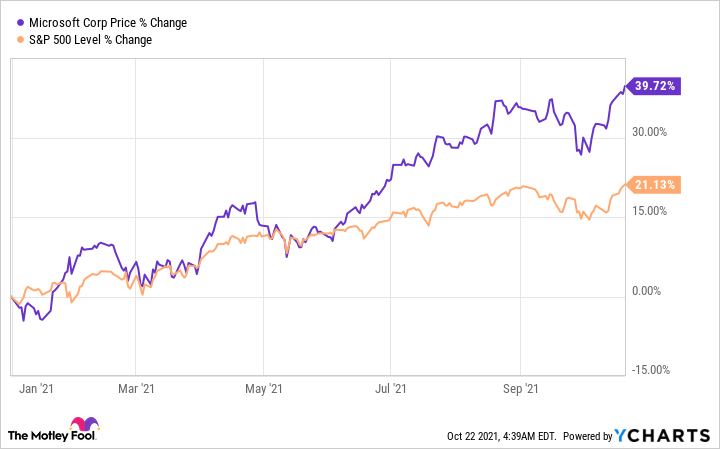 However, there's one factor that could help the tech giant not only beat the market's Q1 expectations but also set the tone for a strong fiscal year ahead -- the Xbox gaming console. Let's look at the reasons why the Xbox gaming consoles could move the needle in a big way for Microsoft and play an important role in the long-term growth.

Microsoft's gaming revenue had increased 33% year over year in fiscal 2021, adding $3.8 billion to the company's top line. This outpaced the company's overall revenue growth of 18% for the year to $168.1 billion.

In the fourth quarter, Microsoft reported that its gaming revenue had increased 11% year over year to $3.7 billion, driven by higher sales of its latest Xbox hardware. More specifically, Xbox hardware revenue was up a whopping 163% in constant currency terms, while content and services revenue fell 7% in constant currency terms on account of higher comparables in the prior-year period, when the novel coronavirus pandemic had kept people confined to their homes.

For comparison, Microsoft's fourth-quarter revenue had increased 21% year over year to $46.2 billion. So, the gaming business accounted for 8% of Microsoft's overall revenue in the fourth quarter. It won't be surprising to see this segment play a much bigger role for the company in the future thanks to the huge gaming opportunity at hand and the pace at which consumers are lapping up Microsoft's latest consoles. 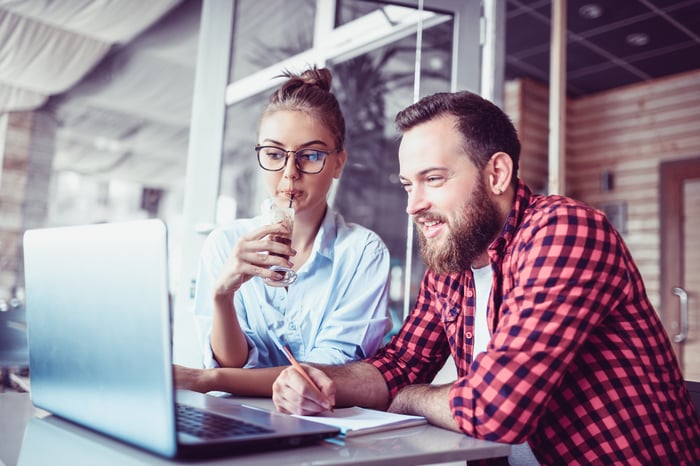 So, Microsoft can continue enjoying strong growth in hardware revenue as more consumers buy the Xbox consoles. However, this is just one side of the story.

I pointed out earlier that Microsoft's Xbox content and services revenue was down in the fourth quarter, which weighed on the company's overall gaming revenue growth despite the sharp spike in hardware sales. The revenue from Xbox content and services fell not only because of tough year-over-year comparisons but also because of a slowdown in the release of video game content.

However, all that is set to change as Microsoft is embarking on a three-month spell of new game launches on the Xbox Game Pass subscription service. From Age of Empires IV to Forza Horizon 5 and Halo Infinite, Microsoft seems well placed to bring more users into the Xbox Game Pass ecosystem, which could drive significant growth for the company in the long run.

Microsoft's Game Pass membership increased 37% in fiscal 2021. Though this was lower than fiscal 2020's growth of nearly 86%, last year's growth can be considered impressive thanks to the challenges of a leaner content pipeline and the massive growth witnessed in 2020, when the demand for video games had spiked remarkably.

Microsoft had 10 million Game Pass subscribers in April 2020. The figure went up to 15 million in September last year and then to 18 million in January this year. The company reportedly had a Game Pass subscriber base of 23 million users in April this year, as per a third-party estimate. The arrival of new gaming titles is likely to add more subscribers to Microsoft's kitty as gamers get access to more than 300 games starting at just $9.99 per month for the basic version and $14.99 a month for the Ultimate version.

Additionally, the spike in the sales of the Xbox consoles also means that users are likely to purchase more gaming titles, which should lead to higher software and content revenue for Microsoft. After all, sales of video games could jump from an estimated $155 billion this year to $225 billion by 2025.

All of this indicates that Microsoft's video gaming growth is here to stay, and don't be surprised to see this segment help it remain a top growth stock for a long time to come.