No matter what the coming decades bring, you can expect these companies to prosper and make their shareholders richer.

As an investing strategy, building up "time in the market" has a long history of beating "trying to time the market." That said, it also makes a huge difference which companies you choose to put your time and money behind. For most successful investors, a handful of big winners wind up playing outsize roles in their portfolios' performance.

To set you on the trail of those sorts of high-quality stocks, we asked a panel of Motley Fool contributors to explain some of their favorite long-term picks. Here's why they think that Airbnb (ABNB -0.29%), Microsoft (MSFT -0.61%), and Amazon (AMZN -1.17%) stand out as foundational stocks for a future-proof portfolio. 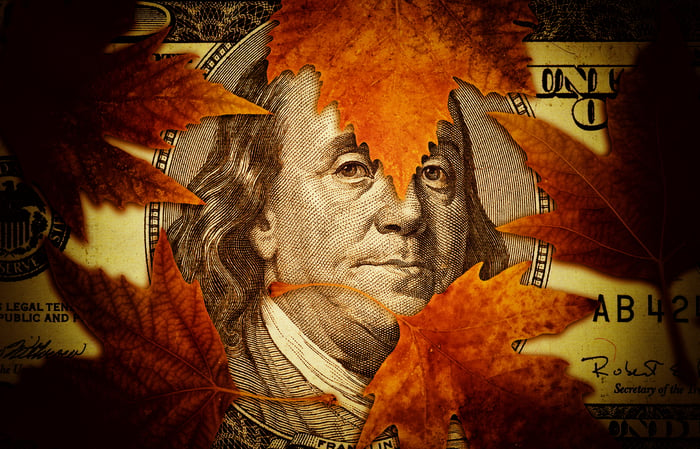 This travel leader could book you market-crushing gains

Keith Noonan (Airbnb): When it comes to growth stocks capable of delivering fantastic returns for patient investors, I think Airbnb currently offers one of the best risk-reward dynamics on the market. The vacation rental specialist has deftly navigated what will hopefully wind up being the worst operating conditions of the pandemic era, and it appears to be on track to return to delivering excellent results as it shapes and benefits from some powerful long-term trends.

Airbnb already offers industry-leading variety when it comes to locations and pricing options for short-term stays, and a growing number of hosts using the platform should lead to an even greater breadth of options. There's a good chance that this trend will help to enhance guests' engagement with the platform, which in turn should make Airbnb an even more attractive choice for hosts. It's a textbook example of the network effect -- and one that's still in relatively early stages of unfolding.

If that's not a firm enough foundation for a stellar long-term growth thesis, the company is also building a position in the local-events booking space. If you can book housing accommodations and also get a ticket for a tour or concert at a discounted rate, heck, why not?

Across the economy, businesses have also made big shifts toward remote-work and contract-labor employment arrangements, and these changes are making it easier for workers to travel and take advantage of newfound flexibility with their living situations. In that sense, the pandemic may have significantly accelerated a trend that could work to Airbnb's long-term benefit.

Airbnb has a great business, a great brand, and a large-and-growing addressable market to expand into. While its current market capitalization of roughly $107 billion is nothing to sneeze at, I think it will look paltry compared to the company's valuation a decade from now.

James Brumley (Microsoft): Future-proofing a portfolio isn't just about identifying products and industries that will always be in demand. It's also about identifying companies built from the ground up to adapt to their particular industry's changes. Microsoft meets both of those criteria very, very well.

Think about it. Thirty years ago, the internet as we know it today wasn't even really a thing, while cloud computing wasn't even a concept. Microsoft originally rose to greatness by developing the software that sat at the center of the individual computing revolution -- namely, its Windows operating system and a host of widely used programs that ran on it. As technology evolved, though, so did Microsoft. Cloud computing, online ad management, business collaboration, and even video gaming are all part of its repertoire now. Its operating system segment has almost become an afterthought.

But perhaps that's as it should be. In the company's fiscal 2021, which ended in June, the top line was up 18% despite the myriad of stumbling blocks that popped up during that time, while net income soared by 38%. It was the third straight year that both metrics grew by double-digit percentages. Microsoft's corporate formula for changing focus and coming up with ways to address new opportunities is clearly working.

I don't know what the Microsoft of 20 years from now will look like. Odds are good, however, that it's going to look different in all the right and relevant ways.

Zoom out and focus on the big picture

Daniel Foelber (Amazon): Shares of Amazon tumbled on Friday after the e-commerce company reported third-quarter results that fell short of analysts' consensus estimates on the top and bottom lines. Revenue came in at $110.81 billion compared to the $111.6 billion that was expected. Earnings per diluted share were $6.12, well under the $8.96 that was expected. That was also down substantially from Q3 2020's earnings per diluted share of $12.37.

One thing that industry watchers were worried about heading into the report was that higher costs would impact Amazon's operating income. They did. Operating income came in at just $4.9 billion, down from $6.2 billion in the prior-year period.

The fourth quarter is Amazon's bread and butter. But the company warned investors that it's going to be challenging to mitigate its higher costs this holiday season.

"In the fourth quarter, we expect to incur several billion dollars of additional costs in our consumer business as we manage through labor supply shortages, increased wage costs, global supply chain issues, and increased freight and shipping costs -- all while doing whatever it takes to minimize the impact on customers and selling partners this holiday season," said CEO Andy Jassy in a statement. "It'll be expensive for us in the short term, but it's the right prioritization for our customers and partners."

Amazon's logistical and labor concerns are no surprise given what other companies are saying. Package delivery giant FedEx warned investors that it, too, is incurring higher costs and doesn't even know if it will be able to hire enough workers to get through the holiday season.

Despite the slew of short-term headwinds buffeting Amazon, it's important to remember one thing: This is Amazon we're talking about -- one of the most influential players in e-commerce, cloud computing, digital streaming, and more. Over the years, it has proved it can sustain top- and bottom-line growth. It has also shown that it can tighten the tap on spending to increase free cash flow and grow earnings when it wants to. Simply put, Amazon is the kind of company whose quarterly performance, for better or for worse, pales in comparison to its long-term investment thesis.

Amazon stock is up just 2% year to date, far underperforming the S&P 500's 22.4% gain. Investors hoping to lay a strong foundation for their portfolios should look seriously at Amazon.

Here's What to Do if Your Favorite Stock Is Crashing
413%