After an infusion of cash from COVID-19 treatments, many companies are on the lookout for acquisitions.

In a previous article, I had pointed at Aurinia Pharmaceuticals as a potential takeover candidate. Since then, the biopharma company has been rumored as an acquisition target for Bristol Myers Squibb, with other giants such as Roche Holdings and GlaxoSmithKline also considered to be courting the small biotech.

Let's look at three other drugmakers that large pharma companies with cash to spend might think about acquiring.

A major concern with today's treatments for autoimmune and inflammatory diseases is that they also suppress patients' immune systems, leaving them more susceptible to infections. Biotech ChemoCentryx (CCXI) is trying to change all of this with its drug for rare autoimmune diseases, Tavneos. The company believes the drug effectively targets the chronic inflammatory pathway without suppressing the immune system. 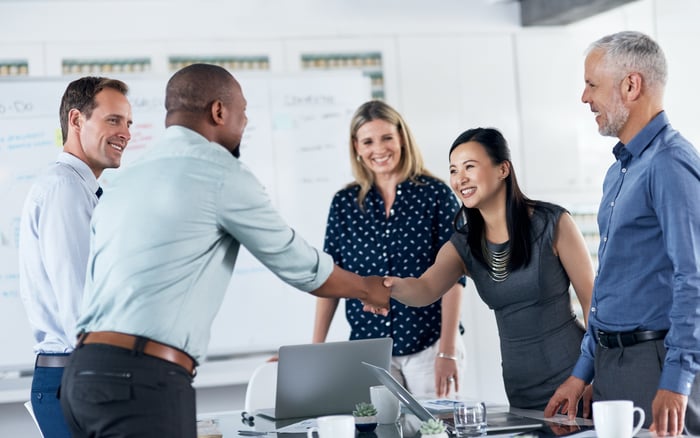 Tavneos is already approved for severe and major relapsing anti-neutrophil cytoplasmic antibody (ANCA)-associated vasculitis, a rare and often fatal autoimmune disease. Compared to daily steroids, Tavneos was shown to produce superior sustained remission from the disease after 52 weeks of therapy, plus a reduced relapse rate. Patients on the treatment also had better kidney function compared to those on steroid treatment, not to mention improved patient-reported quality of life.

At first glance, the currently approved Tavneos market of just under 10,000 patients annually in the U.S. may seem small. However, with wholesale pricing between $150,000 and $200,000 a year, that would mean an eye-popping total addressable market of $1.5 billion to $2 billion.

The ChemoCentryx medication is also in development for other inflammatory diseases, most notably hidradenitis suppurativa, a chronic debilitating skin disease characterized by recurrent painful abscesses. Over 200,000 patients in the U.S. have the disease; a quarter of them have the most severe form and may benefit from Tavneos. With an already approved potential blockbuster, plus optionality into multiple other indications, the $2.65 billion biotech may be an attractive buyout candidate.

Oncology company Epizyme (EPZM) is looking to take its approved cancer therapy Tazverik to the masses. The drug is the first approved treatment designed to block a protein called EZH2. When this protein's activity level is increased, it can lead to tumor growth across a variety of cancers. Seeing such an opportunity, Epizyme has multiple collaborations looking at Tazverik combination treatments across multiple cancer types. This includes trials with Chinese pharma HutchMed (HCM -4.75%) utilizing Tazverik across ten different cancers, including lung and ovarian cancer.

Currently, this small-cap biotech's pill is approved for two rare diseases in the U.S. First is follicular lymphoma, for which Tazverik is currently approved for third-line treatment. While there are fortunately only 5,000 patients needing this later-line therapy, the company has already initiated trials to move the drug further up the treatment algorithm. The second indication, epithelioid sarcoma, is quite rare, with fewer than 2,000 people diagnosed in the U.S. annually.

With limited indications and a launch in the midst of the pandemic, the generated product revenue of just $8 million in the second quarter. Despite this, Epizyme is steadfastly swinging for the fences. Tazverik is in a whopping 22 clinical trials, according to the National Institutes of Health, and those are just the trials conducted at U.S. centers. If any of the trials in larger addressable markets look promising, Epizyme could be a great tuck-in acquisition for a pharma with an established oncology presence.

Currently, for both gene therapy and for stem cell transplant for liquid cancers, stem cells must be mobilized out of the bone marrow and collected from the blood. As it stands, this process takes five to eight days for donors, and results in about half of potential transplant matches declining to proceed with stem cell donation. Magenta Therapeutics (MGTA -4.97%) is looking to make this complex medical treatment easier.

In early trials, its lead therapy MGTA-145 substantially decreased the amount of time needed for the collection of stem cells. As many as 68% of donors were able to have their stem cells collected on the same day of MGTA-145 treatment and 88% within two days, which suggests a lot of saved time for patients and clinicians. Not to mention there were fewer side effects: Just 1% of Magenta's patients experienced a grade II or higher adverse event, versus 38% for standard treatment. If MGTA-145 can make treatment smoother, it might expand the stem cell transplant market, which is just over 40,000 annually across the U.S., EU, and Japan combined. The company believes that the number of patients eligible for stem cell transplant worldwide is upwards of 90,000 today -- more than double the number who currently undergo the process.

Admittedly, unlike the other two companies mentioned, Magenta Therapeutics has no approved drug yet. But with its $460 million market cap, the risk may well be worth the reward for the right buyer. If further trials prove beneficial, Magenta would have multiple tailwinds -- hospitals looking to decrease patients' length of stay, patients and clinicians hoping for decreased adverse events, and the pharma companies whose treatments Magenta would more readily enable. For instance, if the small-cap biotech could make it safer and easier for Bluebird Bio's sickle cell gene therapy to be administered, chances are that Bluebird would also encourage use of MGTA-145. This type of agnostic treatment in a growing field is exactly the kind of acquisition big pharma is looking for.

Seeing smaller companies acquired by large pharma can be both exciting and disappointing. No doubt there is a rush to seeing the significant share price appreciation in a single day that buyouts often bring. But it can be frustrating knowing that you worked so hard to find the next big thing only to have your dreams of a long-term ten-bagger dashed. Rather, think of a biotech acquisition as taking on the risk of potential stumbling blocks beyond FDA approval, from sales performance to manufacturing woes. Not to mention fending off big pocketed competition.

With buyouts, you are able to lock in gains that may not have materialized otherwise, and in short order, plus you get a stake in a much larger and likely more financially stable company. On top of that, you get the added benefit of reassurance that your investing thesis was likely on the right track, because a larger company felt it a worthwhile purchase too.

Magenta Is Ready to Paint Your Portfolio Green

Why Shares of Magenta Therapeutics Are Plunging Today