Given the company's third-quarter earnings report, the perception of the platform as being for younger children looks increasingly false.

Roblox has long catered to younger kids who are attracted to the games and experiences on the platform. But Roblox is attracting more and more older users, and for the first time as a public company, it has more users over 13 years old than under. 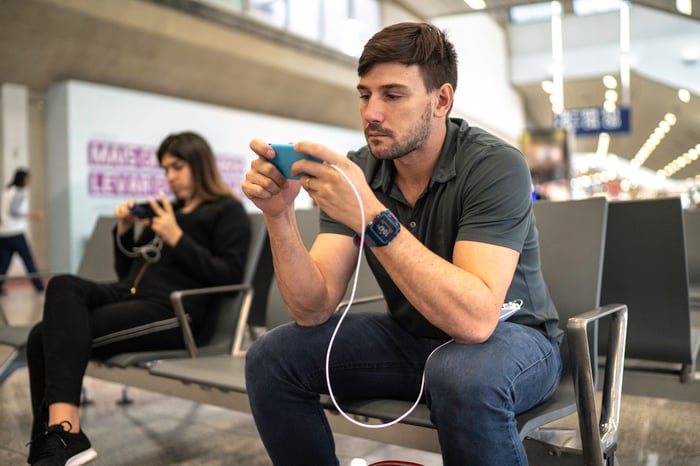 Roblox is growing its user base rapidly

Overall, Roblox boasted 47.3 million daily active users (DAUs) at the end of its fiscal third quarter. That was up 31% from the same quarter last year when it had 36.2 million DAUs. Interest in Roblox has surged since the pandemic onset when hundreds of millions of people were forced indoors due to the outbreak of COVID-19.

Roblox is sustaining that momentum despite economic reopening and a robust rollout of vaccines against the virus.

The metaverse pioneer hit an inflection point in Q3; it's the first time in its history that it has more users over 13 than under. Out of the 47.3 million DAUs, 23.8 million are over 13, and 23.1 million are under. That's important for several reasons. First, Roblox runs on the freemium model; the site is free to join, and most experiences and items found during gameplay are also free. However, particular objects and experiences cost Robux, an in-game currency that real money can purchase. An older demographic is more likely to have payment methods and won't need to rely on generous parents to buy Robux.

Additionally, aging up the demographic on its platform can keep players engaged with Roblox for the long term. Not doing that will see players leaving Roblox as they become teenagers, thereby shortening the time Roblox has to generate revenue from each player.

Thus far, Roblox's gains in older users are coming in two forms: Existing players are getting older and sticking around; and the company is attracting new users who are older. Roblox management elaborated on user growth in its Q3 conference call:

For a long time, 13 to 16 was our fastest-growing age demographic, and I think you used the word adjacent. That's exactly what it was. It was adjacent to our core nine to 12 market, and it was our fastest-growing age cohort for quite a while. Today, the adjacency has continued. Right now, 17 to 24 is the fastest growing age demographic on Roblox. I think it's not any individual event or piece of content. I think it's a combination of everything that's going on, and then certain of these things are finding big audiences and contributing to, again, this broadening in age demos.

Interestingly, Roblox does not create content on its platform; it outsources this task to developers who get a percentage of revenues. Developers are responding to the changing demographics of Roblox users. During the same quarter last year, roughly 10% of the top 1,000 experiences on Roblox catered to users age 13 and over. In its most recent quarter, that figure rose to 28%.