Good news for space fans and space investors: The U.S. Court of Federal Claims dismissed a lawsuit that Blue Origin -- Jeff Bezos's space company -- had filed challenging NASA's award of a lunar lander contract to SpaceX -- Elon Musk's space company -- on Nov. 4, 2021. With that lawsuit out of the way, said NASA, the space agency is now free to "resume work with SpaceX under the Option A contract as soon as possible."

Bad news for space fans and space investors: Unfortunately, "as soon as possible" is not going to be as soon as we would like. Thanks in part to Blue Origin's lawsuit, NASA can no longer return American astronauts to the moon by 2024 as it had hoped. And as a result, space companies that were betting on getting revenue from a moon landing by that date will now have to wait a bit longer. 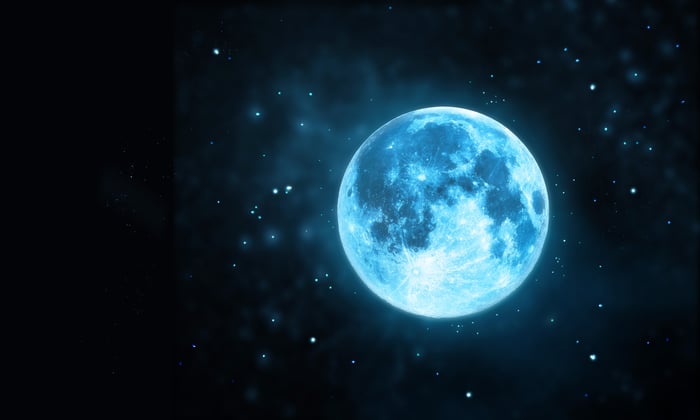 A deadline created for a headline

If you recall, back when NASA first described its plan for Project Artemis -- mankind's return to the moon -- under the Trump administration, the agency set a realistic target of landing astronauts on the moon by 2028.

That wasn't a sufficiently ambitious target for Mr. Trump, however, and within months of the plan coming together, the deadline had been pushed up to 2024. That target created all kinds of complications, at least one windfall contract win for Northrop Grumman (NOC -0.05%) -- and may even have helped SpaceX win the Human Landing System (HLS) contract by favoring a system already well on the way to development, and priced to meet a constrained NASA budget.

But losing the HLS contract did not sit well with Blue Origin. Almost immediately, Jeff Bezos's space company challenged the award to SpaceX before the Government Accountability Office. Losing there, Blue Origin next took its case to federal court -- and now it's lost there as well.

Blue Origin did succeed in one thing, however: delaying SpaceX's ability to work with NASA on HLS for the past seven months -- and giving NASA an excuse to reset expectations for Project Artemis. As NASA Administrator Bill Nelson lamented last week, Blue Origin's lawsuit, along with "other factors," has delayed America's return to the moon such that "the first human landing under Artemis is [now] likely no earlier than 2025."

Both those launches will be conducted using the Space Launch System rocket built by Boeing (BA -1.59%) and powered by Northrop and Lockheed Martin (LMT 0.41%), with Lockheed Martin also building the Orion space capsule that will carry the Artemis 2 astronauts.

Next will come an unscrewed demonstration of SpaceX's HLS, launching presumably atop SpaceX's Starship megarocket. Only then can Artemis 3 take place, with launches by both the Space Launch System (carrying astronauts to lunar orbit) and SpaceX (moving an HLS to lunar orbit to receive the astronauts and carry them to the moon and back).

Space is hard. The moon's going to be pretty hard, too

So you see the problem: Assuming Artemis 2 doesn't take off before mid-2024, NASA still needs to launch at least three more rockets before Artemis 3 can successfully put astronauts on the moon. This makes even a 2025 target date for a lunar landing look pretty tight. Even more so when you consider that none of these rockets -- not the Space Launch System, and not SpaceX's Starship either -- have ever successfully launched to orbit.

Further complicating matters, Nelson notes that "Congress [is] not appropriating sufficient funds for the HLS competition," forcing NASA to find ways to "reduce costs and streamline operations," at the same time as it's trying to wrestle all these rockets through development and testing.

Granted, as NASA Deputy Administrator Pam Melroy assures, "we're NASA, and we're rising to the challenge." But given the multiple headwinds the agency is facing, it's now extremely unlikely that we'll see a successful moon landing in 2025. Indeed, the way things are heading, we could even see a return to the original 2028 deadline.

Blue Origin may not have single-handedly prevented America from returning to the moon in 2024. What it did do was give NASA an excuse to begin getting both Congress and space fans thinking about a more realistic timeline for a moon landing.

Investors, too, should take note: Any revenue you were expecting Boeing, Lockheed, Northrop -- or SpaceX -- to generate by 2024 may now take as long as 2028 to arrive.