Plug makes progress toward supporting "1,000 tons a day" in hydrogen storage and transportation.

Plug announced it was buying Applied Cryo a little over a month ago. The new subsidiary is a maker of cryogenic trailers and storage equipment for the storage and transportation of liquefied hydrogen such as Plug Power will be producing at its new green hydrogen gigafactory in Rochester, New York.

Plug boasted that the new acquisition "adds significant capabilities, expertise, and technologies to Plug Power," not the least of which will be "a liquid hydrogen delivery network and fleet, liquid hydrogen storage, and hydrogen mobility fueling, which will enable the company to expand its green hydrogen ecosystem." 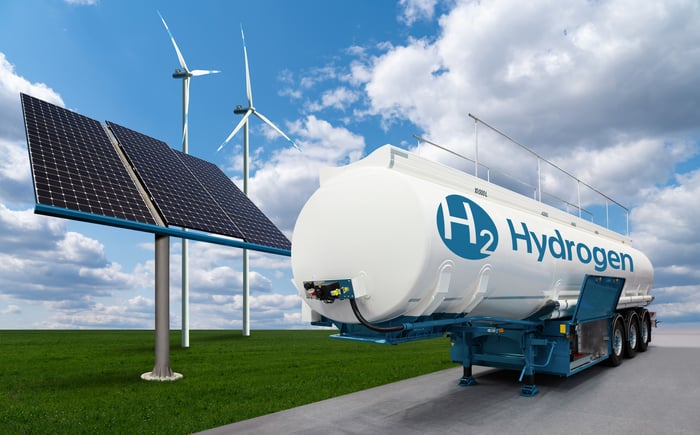 In short, Plug is continuing to lay the groundwork for building a hydrogen economy. Long-term, the company says its goal is to produce "over 1,000 tons per day of green hydrogen by 2028."

Now, if you want to track how the company is progressing toward that goal (and how that progress might affect the stock price), here are the mileposts as Plug has laid them out: By the end of next year, Plug expects to have four green hydrogen plants in operation, producing 70 tons of green hydrogen per day. By 2023, the company will be scaling up operations at those four plants, and will have built two more, expanding production to 200 tons per day.

That still leaves a fivefold increase in production to take place over the following five years -- an ambitious goal, Plug has taken one more step toward today.