"When you strike at a king, you must kill him." -- Ralph Waldo Emerson

Or more colloquially: "You come at the king, you best not miss." -- Omar Little, The Wire

However you choose to put it, though, Blue Origin tried to kill NASA's contract with space leader SpaceX to build it a lunar lander this year -- and Blue Origin missed. 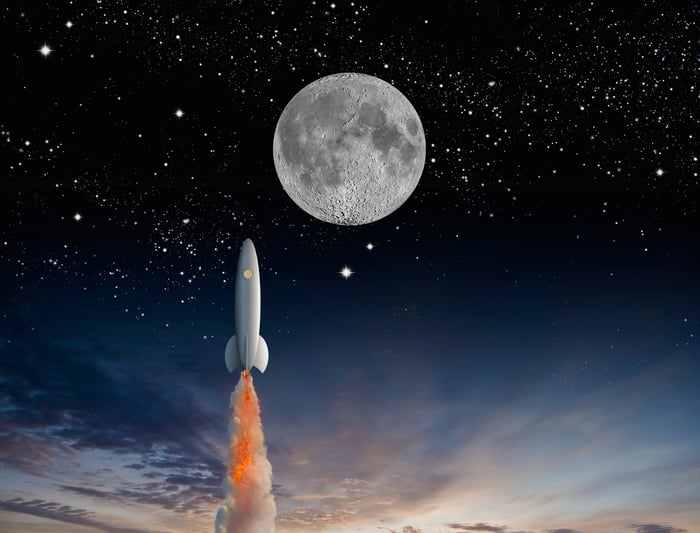 It's been seven months since NASA originally awarded its Human Landing System (HLS) contract to SpaceX, a $2.9 billion award to build the spacecraft that will return American astronauts to the moon.

For all seven of those months, Blue Origin struggled to seize the contract away from SpaceX, first filing a protest with the Government Accountability Office, and after losing there, taking its case to federal court. And as CNBC reported this week, Blue Origin's efforts didn't even end there.

It turns out that, as the litigation was ongoing, Blue Origin approached NASA with an offer to match or even beat SpaceX's price on HLS, offering "to cover ... over $3 billion" of the difference between Blue Origin's original bid on the contract ($5.9 billion) and the $2.9 billion that SpaceX bid to win the contract in April.

If you assume (as I do) that Blue Origin submitted an honest bid in the first place, however, and that it really needed $5.9 billion to be able to profitably build a moon lander, then the logical conclusion is that as Blue Origin saw the prospect for winning HLS slipping away, management became desperate enough to accept a huge loss on the deal -- if only NASA would give it the contract.

But why would Blue Origin do that?

A mixed record of success

Well, consider Blue Origin's (short) history as a space company. Established in 2000 (according to data from S&P Global Market Intelligence), Blue Origin has been trying to break into the space race for more than two decades now -- but has little to show for its efforts.

On the one hand, yes, in 2015 Blue Origin succeeded in launching and landing a rocket back on Earth before SpaceX did (albeit Blue Origin's rocket was suborbital, and SpaceX duplicated the feat with an orbital class rocket just a few weeks later.) In the years since, the company's New Shepard rocket has flown some 20 missions, including two with human passengers aboard (and including one with a Starfleet Captain aboard).

And Blue Origin just announced its third human spaceflight mission, which will be the first one to have a maxed-out manifest of six passengers, including astronaut Alan Shepard's daughter and Good Morning America host Michael Strahan.

As a space tourism operator, therefore, it's hard to find fault with Blue Origin, which is beating its archrival in space tourism, Virgin Galactic (NYSE:SPCE), quite soundly. And yet, right now, space tourism is the only thing going right for Blue Origin.

In just the past couple of years, Blue Origin has lost out on a Space Force "Phase 2 Procurement" national security launch contract with the U.S. Space Force -- $5.5 billion in revenue that will now go to Boeing (NYSE:BA) and Lockheed Martin (NYSE:LMT) at United Launch Alliance, and to SpaceX, but not to Blue Origin. It's lost out, too, on the HLS contract, which -- depending on how you look at it -- would have put either $5.9 billion or $2.9 billion in its coffers had it won.

But because it's a private company, we're not actually sure how much Blue Origin is charging right now.

If it can find enough customers willing to foot a $28 million bill, each New Shepard launch could be generating as much as $168 million in revenue for the company. Figure six passengers per launch, one launch per month, 12 months per year, and could you make the case that a company generating in excess of $2 billion from space tourism is a good business to own? Could you even make the case for a Blue Origin IPO?

I think you could.

That being said, the longer Blue Origin's success or failure as a company hangs on the success or failure of its space tourism business, the riskier the company's chances of survival seem to me. This is why Blue Origin was so desperate to win the HLS contract -- and a second revenue stream for its business.

And this is why its failure to win is such a big deal.