First-quarter earnings are in and, amid a flurry of financial ups and downs, utilities with significant British assets beat on their bottom lines. With domestic electricity growth in the gutters, is Great Britain the new home of great dividend stocks?

PPL's profiteering
PPL (NYSE:PPL) might have its headquarters in Allentown, Pa., but there's no getting around the fact that more than half its Q1 earnings originated from across the pond. But with ongoing earnings up 19% for its U.K. division, it's far from a blemish on the company's financials. Even more impressive, increased revenue was responsible for more than a quarter of the U.K. division's overall earnings growth. At a time when sales are slowing across the sector, the U.K. may yet offer top-line potential.

National Grid grows
For the last 12 months, National Grid (NYSE:NGG) missed on top-line growth, but beat earnings estimates by 15%. The utility currently holds $53 billion of assets, 68% of which belong to the company's U.K.- regulated operations. In the past fiscal year, its British books grew 7%, while the U.S. added on 5%.

Regulatory waters have also created an English Channel of cash. Regulators have given the go-ahead for eight years of U.K. price controls, solidifying sustainable profits for £24 billion ($36.4 billion) of regulated assets. Not only do the new policies provide for profit, but they also include a variety of mechanisms and incentives that will leave National Grid leaner and greener come 2021.

Grow green?
Given Great Britain's regulation elation, PPL and National Grid don't need to worry about major margin squeezes. But increasing capacity is another question altogether. The country's new Energy Bill is on its way through the House of Commons, and the finalized framework will shape what type and amount of energy PPL and National Grid decide to invest in.

The same sort of policies have recently reshaped several American utilities' energy outlooks. After a dismal 2012, Atlantic Power (NYSE:AT) will focus its new acquisitions and investments on natural gas, wind, and solar.

During its Q4 earnings call, CEO Barry Welch noted that "we're now focusing our efforts on those wind and solar projects that can take advantage of the extended PTC [production tax credit] program for wind and the investment tax credit program for solar. We're likely to allocate more effort to wind prospects in the near term."

Southern Company (NYSE:SO) is another new rival in the renewables sector. The utility just purchased 53 MW of biomass last week, and added on 250 MW wind and 139 MW solar in partnership with alternative energy experts EDP Renewables and First Solar.

National Grid is watching the Energy Bill's transmission outcomes with an especially close eye. In its latest annual report, the utility notes that Parliament's transmission decisions "will impact the mix of UK transmission investment projects over the next decade which are driving growth in regulated asset value and providing opportunities for companies to benefit from efficient delivery." 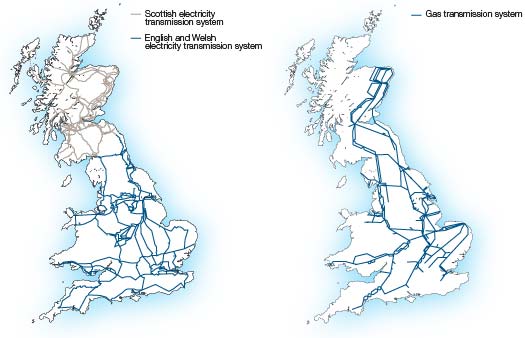 Can the Brits Beat Our Dividend Stocks? @themotleyfool #stocks $PPL $NGG $SO $NEE $DUK $AEP $AT Next Article
Current