Why it's happening: So far this week, Westport has made a couple of positive announcements. Earlier, it announced that it was offering a propane version of the popular Ford F-150, to go along with its well-received compressed natural gas version. Today's announcement was potentially even bigger.

The company reported that it had reached a major milestone in development of its high-pressure, direct-injection -- or HPDI -- technology with Daimler AG, the parent company of Mercedes Benz, for heavy-duty engines for the company's commercial trucks. The release said: "The prototype HPDI engine met all technical targets resulting in a payment of 2.4 million euro (approximately $2.7 million USD) by Daimler to Westport. For competitive reasons, further terms of the program have not been disclosed."

This is big news, because so far, Westport has only identified a couple of other OEM partners for development of its technology for heavy-duty trucking. Learning that a big player like Daimler is working with Westport on this is definitely exciting. 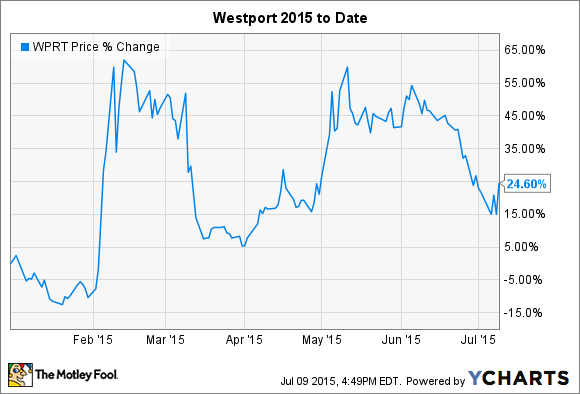 That said, this is still a very early-development announcement, and the lack of additional information about a commercial launch or timeline makes it little more than just good news. Until multiple OEMs actually begin commercial development of HPDI with Westport -- and the company starts selling engines with the technology -- it remains pretty speculative.

In summary, it's good news this week, but not really anything that changes the story.