Please ensure Javascript is enabled for purposes of website accessibility
Free Article Join Over 1 Million Premium Members And Get More In-Depth Stock Guidance and Research
By Jason Hall - Jul 16, 2015 at 8:07AM

After nine years with The Motley Fool, contributor Jason Hall shares his most important lessons.

In March of this year, Motley Fool contributor and editor Jason Hall celebrated his ninth "Fooliversary." He recently offered up his thoughts and experiences since joining The Motley Fool. Read on for his nine biggest lessons on life and investing.

I honestly can't remember why I first signed up for a Motley Fool username in March 2006. I'd like to think it was a big step in my life; some momentous decision to firmly grasp my financial future,and take control of it. But that's just not true -- or if it is, I sure don't remember it. Honestly, I was probably just filling out a form to get one of those free reports linked at the bottom of most of the articles. It was a Friday, so I was probably messing around on the Internet, instead of working. Whether I made it while slacking off or not, that decision has turned out to be one of the most important I've ever made, and my life is immeasurably better for it.

With that said, here are the nine most important lessons I've learned since becoming a Fool on March 31, 2006.

1. Get out of your own way
Back in 2010, I spent two weeks in Europe with my family. I almost drove myself crazy trying to find Internet access at every McDonald's or Starbucks we passed, just to check on my stock portfolio. I was unbearable, and I almost ruined an amazing trip before finally letting go. The thing is, my behavior was self-destructive on two fronts: Not only did I manage to keep my wife mad at me for several days, but many studies have also shown a correlation between regular trading and poor returns.

Last month I was in Peru for 11 days, with zero Internet access for much of the trip. The world didn't end. My portfolio was just fine. My marriage is almost definitely better for it.

2. Invest in your best ideas
If you look at my profile and see that I own more than 60 individual stocks, it may seem hypocritical for me to talk about "best ideas." But about two-thirds of my portfolio's value is held in fewer than 20 companies that I've regularly invested more money in over the years (see point No. 3 up next). And I can tell you that none of my best performers were can't-miss tips I got from my brother-in-law's neighbor or from a financial advisor. I've had my share of duds. See the chart -- that's just one month of bad decisions: 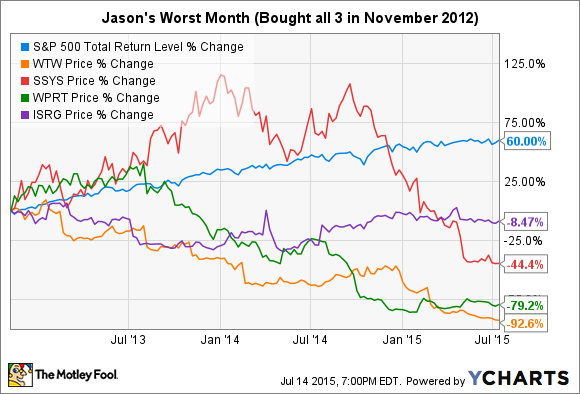 3. Invest more in your biggest winners
I'm ashamed it took me years to finally learn a lesson that David Gardner has preached for years: The stocks that tend to perform the best are usually the best-performing businesses.

These are the innovators, the Rule Breakers, the founder-led companies that change industries and become household names. Instead of trying to lower my cost basis by "doubling down" (often good money after bad) on stocks that had lost value, I would have done much better by investing more in my best performers, such as Starbucks, Netflix, and Apple, even when they were already crushing the market.

4. Know when to break your own rules
This is a lesson I learned from Warren Buffett. He has only one hard-and-fast rule: He won't invest in something he can't value. Beyond that, Buffett has proved willing to act based on the situation, and not what he may have done in the past. Issuing Berkshire Hathaway stock to acquire BNSF Railways when he's called using shares for acquisitions a mistake in the past is a great example.

Buffett has demonstrated remarkable mental flexibility, and an understanding that different circumstances can make things that didn't make sense before make sense now. In the case of the BNSF acquisition, he recognized the need to use shares to acquire a company that has generated more than $15 billion in profits for Berkshire since the acquisition. If he had refused to issue shares because it had been a mistake in the past, Berkshire investors would be poorer for it.

In my own case, I recognized that there are indeed times to invest in stocks that you may have lost money on, and a few of my best performers fit this category. One example? Buying Netflix for $56 in 2012, after having paid $131 in 2011. It turns out that both ended up being insanely rewarding prices. 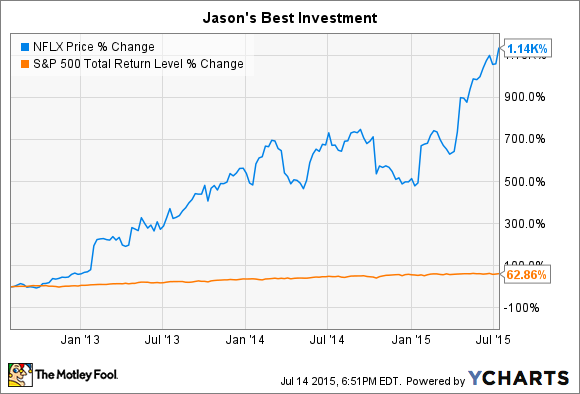 5. It's about the business, stupid!
Only by understanding the disconnect between the market's reaction and Netflix's business was I able to invest in a stock that I had already lost half my initial investment on. I knew it could take years to recover, but I was buying a world-class business with a dominant position in its industry. The fact that management was willing to cannibalize the cash-cow DVD business and focus on streaming was further evidence this was (and is) a business built to last.

This is also the same mental approach that leads to investing more in your biggest winners. When you understand the business behind the stock and can see a path for continued growth, it becomes easier to commit more money to that kind of endeavor.

When you don't, and just focus on the stock price, you end up buying more of poor businesses and selling your best ones. As well as Netflix has performed, it's more or less covered my losses on a handful of stupid decisions I made before and since. 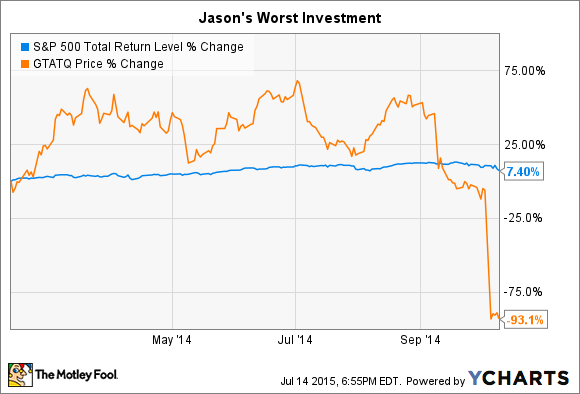 6. The media is wrong. A lot.
Am I committing professional suicide? Sort of (but not exactly).

All media has failed to predict a single major political, financial, or social event in the history of ever. If they can't get this stuff right, then they probably don't know who will be the best president, whether GMOs are horrible or awesome, or when the next stock market collapse will be.

If a media outlet is telling you the answer, everyone on the channel or website agrees, and it's a diametrically opposed position from a competing outlet -- then it's most likely catering to your bias for the sake of maintaining your viewership.

7. So are you. Learn to be wrong less, not right all the time (because nobody is).
Challenge what you know to be true, both in life and investing. The best way to find out if you're right? Stop looking for proof of your righteousness and seek evidence that you're wrong.

You know a dozen things that are going right for your favorite stock, but what's one thing that could fail? What are the possible repercussions? If you explore these things before you invest, you could save yourself a lot of trouble. You'll still get it wrong sometimes, but far less often, and at the least you'll better understand the risks.

Even the best investors are wrong half the time. Don't assume you're right about everything else in life at a much higher rate. Remember point No. 6? If you're getting your info from the media, and the media's wrong a lot, well, do the math ... 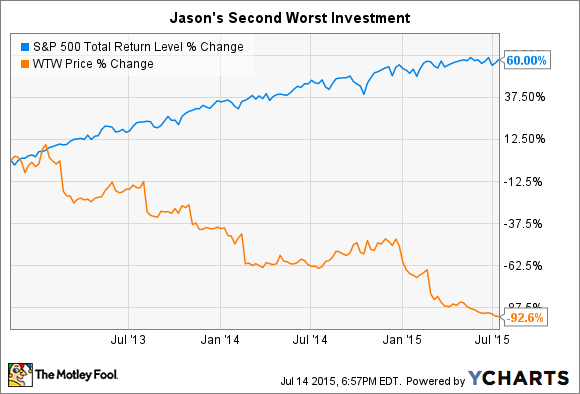 8. Know the value of strong relationships.
My life has been vastly improved because of the relationships I have built with Fools all over the world -- pros, newsletter members, and Fool.com readers. There's evidence that the best businesses are built on a strong foundation of relationships, too. John Mackey at Whole Foods has Walter Robb; Warren Buffett has Charlie Munger; Tom Gardner has David (or is it the other way around?). I have my wife. She's been a big part of my investing success, and she's kept me from making plenty of mistakes.

Who's your partner on your journey?

Your time is limited, so don't waste it living someone else's life. Don't be trapped by dogma, which is living with the results of other people's thinking. Don't let the noise of others' opinions drown out your own inner voice. And most important, have the courage to follow your heart and intuition. They somehow already know what you truly want to become. Everything else is secondary.