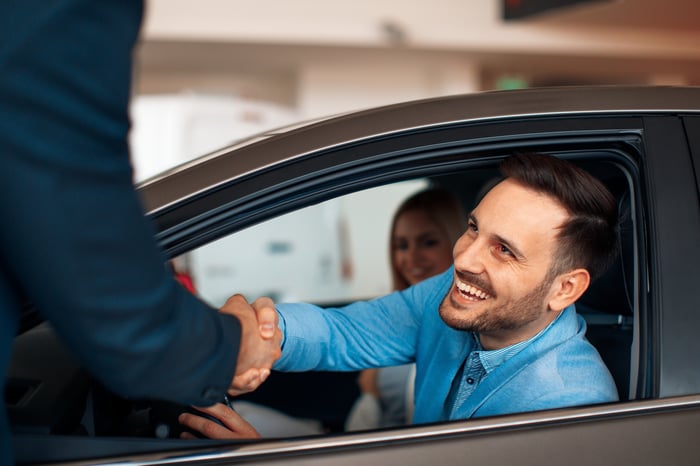 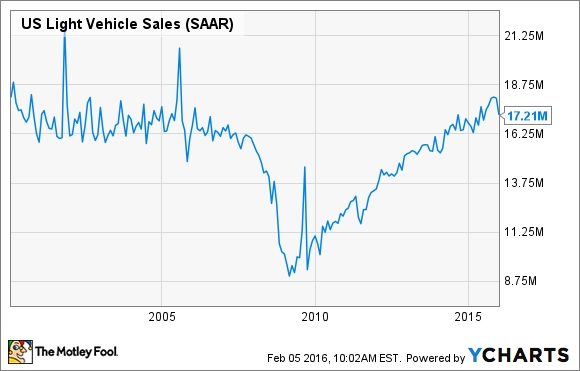 In past cycles, automakers like Ford (NYSE:F) and General Motors (NYSE:GM) have seen their earnings swing to losses as the industrywide pace of sales fell. That probably won't happen during the next recession. Both now say that their costs have been restructured such that they should remain profitable as long as the pace of U.S. auto sales stays above the level we'd expect to see at the trough of a very deep recession. Toyota (NYSE:TM), with operations that are well diversified around the world (and with less exposure to China than Ford or GM), is also likely to cruise through the next recession -- though its profits would also get squeezed.