These five technology stocks could bring some early sunshine to your spring.

Technology stocks saw huge volatility in the first quarter of 2016 -- with big drops in January and February paving the way for some regained ground in March. While it's impossible to pinpoint exactly what lies ahead for the tech sector and broader market for the remainder of the year, tech stocks have yet to fully recover from the big dings, and volatility in the sector could open investment opportunities in companies that offer attractive valuation and growth profiles.

To get a look at tech investments with promising outlooks, we brought five of our contributors together to highlight some standouts in the sector. Read on to learn which five tech stocks they've marked as good buys in April.

Brian Stoffel: LinkedIn shareholders have had a very rough start to the year. Shares have lost nearly half of their value, fueled by a drop after the company announced guidance for the 2016 fiscal year that fell well below analyst estimates. While the discontinuation of a key advertising program was partly at fault, it is slowing growth in the company's Talent Solutions category that really has investors spooked. But I think this presents a perfect time for Fools to buy the stock. LinkedIn has a revolutionary goal -- to create a digital system that matches every potential global worker with his or her best-fit job. LinkedIn even has a name for it: The Economic Graph.

Even if such ambitious goals fall short, I think Wall Street is missing the bigger story here: LinkedIn is creating a service that's becoming stickier and stickier with each passing year. The company's user engagement statistics prove this out.

With increasing member rolls, the company's network effect is working at full throttle: With each new member, businesses have more incentive to use LinkedIn for HR needs, which means that workers have more incentive to join LinkedIn. Network effects have a history for providing long-term market-beating results for investors, and help ensure that LinkedIn isn't going anywhere any time soon.

With a new Recruiter service being rolled out over the next year -- the effects of which management did not factor into 2016 expectations -- and a stock trading for lower than it ever has, I think LinkedIn is a great tech stock for investors to buy this month.

Ashraf Eassa: Qualcomm (QCOM 0.79%) shareholders had a rough ride over the past year, with the stock down more than 25% in that time, even after the stock has seen a fairly aggressive rebound since mid-February. The stock declined as a result of two fundamental problems.

The first is that the company's wireless licensing business, which collects royalties from the sale of devices with cellular capability, saw issues in trying to ensure compliance from some vendors in China. The compliance situation appears to be improving, with the company claiming at its recent analyst day that by fiscal 2020, its technology licensing business "can deliver over $10 billion in revenue."

Similarly, I think the trajectory for the company's chip business is set to improve dramatically. Qualcomm's chip business struggled over the past year, as its then-flagship Snapdragon 810 chip proved to be less than great, leading top Android smartphone maker Samsung (NASDAQOTH: SSNLF) to pass on that particular chip.

Additionally, Apple's share gains in the market led to a weaker mix of chip products for the wireless chip giant. Qualcomm only sells Apple a modem and a few companion chips; flagship Android phones tend to have more Qualcomm content.

On top of all of that, Qualcomm has seen intensified competition at the low-end and mid-range portion of the market.

All told, I believe there's a very good chance that Qualcomm shares will out-perform over the next year. 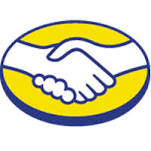 Brian Feroldi: Any company that does the majority of its business overseas has been hurt by the strength of the U.S. dollar, which has caused investors to sell off the stocks of even the strongest international companies. One business that I follow closely, MercadoLibre (MELI -3.23%), has been hit particularly hard, as it operates in Latin America, where every currency has declined precipitously against the dollar. That hurts MercadoLibre's results when they're translated into dollars, but if you strip away those effects, it's as clear as day that the business itself is doing incredibly well.

MercadoLibre is often called "the eBay of Latin America," since it earns a small commission by matching buyers and sellers on its e-commerce platform. However, that comparison doesn't tell whole story. The company is increasingly becoming a dominant regional player in both online payments and shipping solutions, each of which is growing like wildfire. A more appropriate title nowadays might be "the eBay and PayPal and Amazon.com of Latin America."

The most recent quarter is telling, as it shows just how fast the company is growing and how badly currencies are masking its growth. Revenue jumped 12% to $180.7 million versus the year-ago period but was up a whopping 69% when measured in local currencies. More importantly, items sold on its platform grew 27%, and total payment transactions through its MercadoPago service jumped 78.6% year over year, showing that each service is thriving.

Even with these fast-growing services in place, MercadoLibre is still looking for more ways to grow. It's rapidly moving to offer new services, including advertising, logistics, and financing. These new growth opportunities could turn into meaningful revenue sources down the road and will make it increasingly difficult for any potential competitor to attempt to challenge its leadership position.

MercadoLibre's shares were sold off earlier this year and have been recovering over the past few weeks, but as of late March were still down more than 23% from their 52-week highs and trading for less than 40 times 2016 earnings estimates. That's a premium price, but when you consider that e-commerce represents only 3% of all retail transactions in Latin America, MercadoLibre looks poised for exceptional growth in the years ahead, so I think that's a premium worth paying.

Sean Williams: Looking for a solid tech stock to add to your long-term portfolio? I'd suggest digging into Ambarella (AMBA 0.25%), a developer of image-processing semiconductor solutions.

If you looked at Ambarella recently, you might be scared to even consider touching it. But looks can be deceiving. For the fourth quarter, Ambarella announced $68 million in revenue, a 5% increase over the prior-year period on an adjusted basis, with $0.64 in EPS, a 6% drop when adjusted for one-time benefits and expenses. Sales were more than $2 million ahead of estimates, but Ambarella's profit missed by $0.04. The real worry emerged with its $55 million to $57 million Q1 2016 sales guidance, which represents a 21% decline at the midpoint compared to Q1 in the prior-year period. The company continues to blame weakness in GoPro (GPRO -0.45%), whose wearable cameras use its chips, for its own weak guidance.

However, there's more to Ambarella than just GoPro cameras. Ambrella's video solutions can be found in commercial and residential security systems, on-body cameras for law enforcement, cameras attached to drones for personal use, and even dashboard cameras in automobiles. In other words, Ambarella isn't a one-industry pony. It can reduce its exposure to GoPro until such time as GoPro revamps its offerings, while shifting its focus to the consumer or businesses in other industries.

Ambarella's healthy cash flow also allows it to grow inorganically, which can diversify its product line and take pressure off of organic sales channels. Last year Ambarella acquired VisLab, which is working on autonomous driving assistance systems. If autonomous vehicle even expand to a mid-single-digit percentage of vehicles on the road by 2030, it could mean big profits for Ambarella.

Now valued at less than 13 times forward earnings, and still expected to grow its top line at a solid pace over the long run, Ambarella is an intriguing tech stock to consider buying in April. 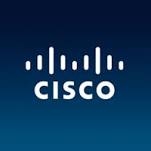 The company's core business in the past decade has revolved around the sale of networking hardware, but Cisco is in the midst of a transition that sees it diversifying into cloud and Internet of Things services that could open exciting growth avenues. With the adoption of cloud solutions, there will likely be less demand for routers, so Cisco is building out its base and angling to be a leader in new connectivity technologies, as one of its core product offerings is under pressure.

A move from a hardware-oriented model to a business with a significant IoT services component is underway, and the company's recent $1.4 billion acquisition of IoT-device communication interface developer Jasper Technologies marks a step toward carving out a piece of what Cisco believes is a $19 trillion Internet of Things market.

After dominating the router and switch hardware space for decades, the company has indicated that it views IoT as the key to its future. Transitioning from a field it's dominant in to a still-developing, contested space comes with risk, but Cisco has the resources to be at the forefront of cloud and IoT technologies and appears to be a good company at a reasonable price.

The roughly $142 billion-market-cap company has great liquidity, with roughly $12.6 million in trailing-12-month free cash flow, and Cisco is also delivering earnings growth, with a price-to-earnings growth ratio of just 0.67 even after a February quarterly report that delivered a solid earnings beat and an accompanying valuation bump.

The company posts one of the top dividend yields in the technology sector, and in a volatile market, Cisco's returned income profile and non-prohibitive valuation make it a tech stock that's a strong portfolio candidate.