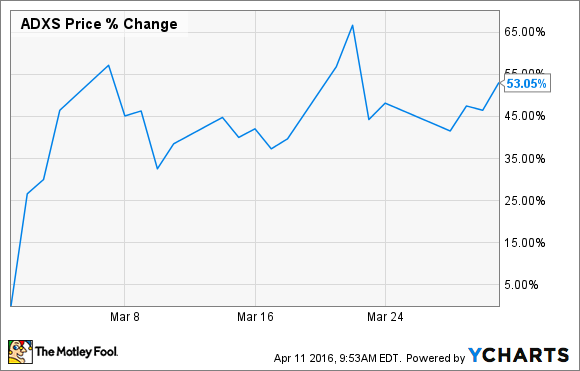 What: Shares of the clinical-state biotech Advaxis (ADXS 9.23%) gained over 50% last month, according to data from S&P Global Market Intelligence. The main catalyst behind this monstrous surge was the news that the company's midstage study for its lead immunotherapy candidate in HPV-associated head and neck cancer, axalimogene filolisbac (AXAL), was selected as a late-breaker poster presentation at the American Association for Cancer Research (AACR) Annual Meeting scheduled to take place April 16th - 20th.

In addition, Advaxis reported encouraging results for its canine bone cancer therapy known as ADXS-HER2 that also pushed the biotech's shares higher for the month.

So what: Advaxis' stock, along with most of its peers in the world of cancer immunotherapy, have been getting thumped since the start of 2016. The Loncar Cancer Immunotherapy ETF (CNCR 2.02%), for instance, has fallen by over 26% from its former highs last year: 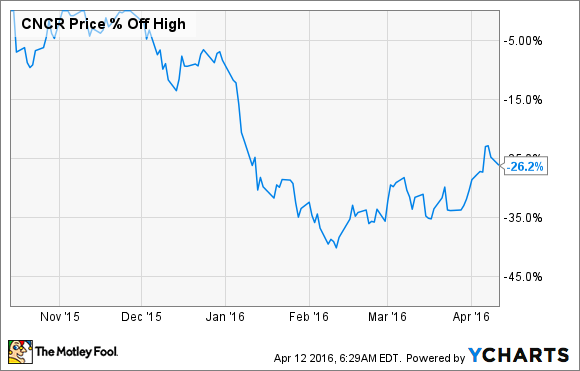 The bottom line is that the market seemingly lost its appetite for risky clinical-stage biotechs at the start of the year, especially for those working on unproven therapeutic platforms like Advaxis. So, this recent uptrend in Advaxis' shares may signal the beginning of a sentiment change in the market that would obviously be bolstered by more positive clinical updates -- such as the one expected to come from Advaxis next week at the AACR meeting.

Now what: Advaxis and its collaborators are making remarkable progress in terms of assessing the biotech's listeria-based immunotherapies across a host of indications in both humans and dogs. 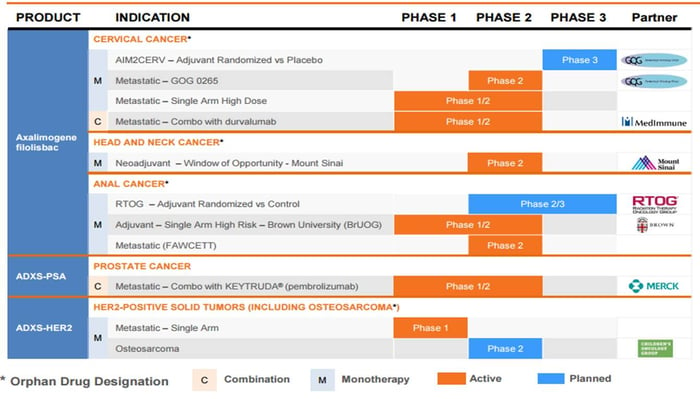 Even so, cancer immunotherapy as a whole remains a speculative bet due to its current stage of development and the fact that even big pharmas with their vast resources have recently reported disappointing clinical news for their lead immuno-oncology candidates.

That's why I think investors would be better served by using a diversified vehicle like the Loncar Cancer Immunotherapy ETF to gain exposure to this emerging field -- rather than going with a high-risk/high-reward stock like Advaxis. The Loncar Cancer Immunotherapy ETF provides investors with a compelling mix of immuno-oncology pipelines that should generate substantial returns if this field performs as expected.

Advaxis, on the other hand, is entirely dependent on its novel listeria-based platform to create value for shareholders going forward, making it a particularly high-risk stock. After all, a single negative clinical trial update, or a dreaded clinical-hold, could cause the company's shares to crumble.