Please ensure Javascript is enabled for purposes of website accessibility
Log In Help Join The Motley Fool
Free Article Join Over 1 Million Premium Members And Get More In-Depth Stock Guidance and Research
By Rich Smith - Apr 17, 2016 at 8:13AM

The commercialization of space has begun. Will profits follow? ORBITAL ATK'S "SPACE TUG" WILL LOOK LIKE NO TUG ON earth -- AND THAT'S THE POINT. IMAGE SOURCE:ORBITAL ATK.

Up, down. Up again, down again. If you watch the comings and goings of astronauts visiting the International Space Station, you might get the impression that folks generally think of space as a nice place to visit, but they wouldn't want to stay up there.

Except that one company does -- and it wants to help other folks stay up in orbit longer, too.

A bit of (recent) history
Last month, we told you about a new initiative that space tech company Orbital ATK (OA) has been putting together. Briefly, Orbital ATK would load up a spaceship with lots of fuel, then send it up to help out other satellites that have run out of gas.

Orbital dubs the spaceship in question, a sort of orbital tug or tow truck, a "Mission Extension Vehicle," or MEV. Its own mission would be to rendezvous with other companies' old satellites -- out of fuel, broken down, or simply having fallen into decaying orbits -- and extend their useful lives. Assigned to service such a satellite, MEV would approach and dock with it, then transfer fuel, conduct repairs, or simply use its own engines to nudge the satellite back into the proper orbit. It would remain docked as long as needed to perform the mission in question, and when finished, move on to assist another customer.

And wouldn't you know it? Orbital has just found its first client.

Fast-forward to the present
Earlier this week, Orbital ATK announced that satellite video and broadband service provider Intelsat (INTE.Q) has signed on to become its "anchor customer" on the MEV mission. Specifically, Intelsat has hired Orbital to launch its first MEV -- MEV-1 -- sometime in late 2018. Once in orbit, MEV-1 will proceed to dock with an Intelsat satellite, where it will conduct a few tests to prove its functionality.

That accomplished, in early 2019 MEV-1 will move on to a second Intelsat satellite in need of assistance, and take over propulsion and attitude control functions for that sat. The two vessels will remain connected for the next five years, at which point, its mission completed -- but 10 years remaining in its own service life -- MEV will be free to proceed to rescue a new satellite.

Future history
Of course, by that time, MEV will almost certainly not be alone. Frank Culbertson, President of Orbital ATK's Space Systems Group, said in the press release that Orbital is "creating a new and very real market for space logistics," and one that will eventually require multiple MEVs in orbit to handle all the new business Orbital expects to attract.

Orbital intends to send up an entire fleet of MEVs in future years. It will also enhance their capability so that, for example, future MEVs won't just latch on to a satellite a la MEV-1, but instead replenish their fuel supplies so the satellite can operate on its own, or conduct inspections and repairs, replace or upgrade parts, or remove defunct satellites from service. (That last mission could become increasingly relevant as the amount of space debris in orbit increases.)

As for the economics of the new business, that remains unclear, as neither Orbital nor Intelsat have divulged details on the price of the new service. But as it grows, the profitability of Orbital's new venture should be easily traced by the skyrocketing price of Orbital ATK stock. 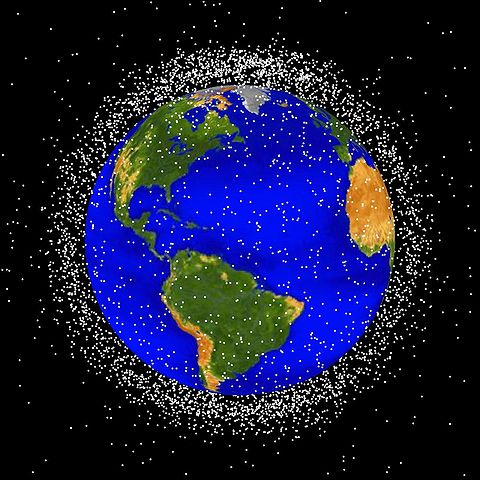 Rich Smith does not own shares of, nor is he short, any company named above. You can find him on Motley Fool CAPS, publicly pontificating under the handle TMFDitty, where he's currently ranked No. 283 out of more than 75,000 rated members.

The Motley Fool recommends Orbital ATK. Try any of our Foolish newsletter services free for 30 days. We Fools may not all hold the same opinions, but we all believe that considering a diverse range of insights makes us better investors. The Motley Fool has a disclosure policy.