You know those people you see sitting in coffee shops plugging away on their laptops? Some of them might be students, but chances are, a number of them are independent contractors with the ability to work from any location they see fit. 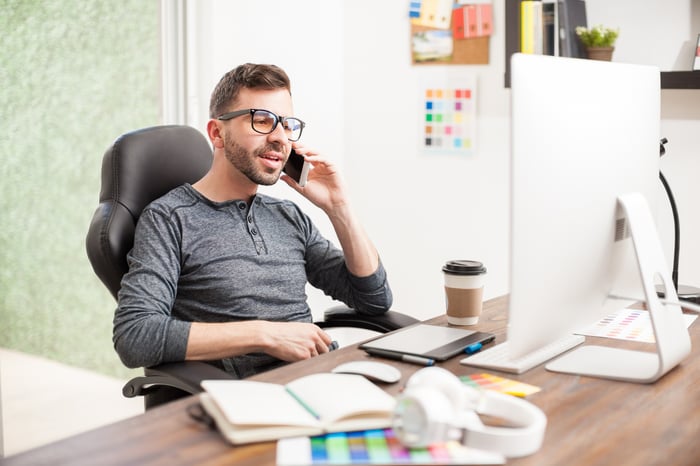 It's not always in a company's best interest to hire permanent, salaried employees. A business, for example, might require 40 hours' worth of work in a certain area some weeks, but not others. Hiring a permanent, full-time employee would mean paying for services that aren't needed or being used. With a contractor, however, that company can choose how many hours per week or month it wants to pay for.

Permanent workers also tend to cost companies more money to employ. Not only do businesses have to pay taxes on their full-time employees, but they're often required to provide benefits. Independent contractors, however, cannot demand anything more than their agreed-upon rate, and the companies that hire them don't have to worry about tax implications.

Another distinction is that independent contractors are generally responsible for providing their own tools for the job, whereas permanent employees are not. A company that hires a permanent IT worker will typically need to provide that person with a computer and related equipment. An independent contractor, however, is expected to have that equipment on hand at his or her own cost.

Finally, permanent employees have taxes withheld from their paychecks every time they receive compensation. Independent contractors, meanwhile, are responsible for paying taxes themselves, usually in the form of estimated quarterly payments.

Benefits and drawbacks of being an independent contractor

Going the independent route definitely has its perks, such as the following:

On the other hand, being an independent contractor also means facing a unique set of drawbacks, like the following:

If you're thinking of becoming an independent contractor, it pays to weigh the pros and cons of that decision before making a move. Though independent contractors might seem to have a relaxed, come-and-go-as-you-please lifestyle, in reality, many of them work very, very hard to maintain that arrangement. And what you gain in freedom and flexibility, you might lose in the form of a reliable paycheck.