It's a rather frightening statistic that one out of every three Americans has no money saved for retirement. If you don't have access to an employer-sponsored retirement plan, which is the case for over 40% of workers, your next best bet is to open an IRA, or individual retirement account. The two most popular IRA types are the traditional and the Roth, and while they're similar in certain regards (namely, annual contribution maximums), they differ in terms of the tax benefits they offer. 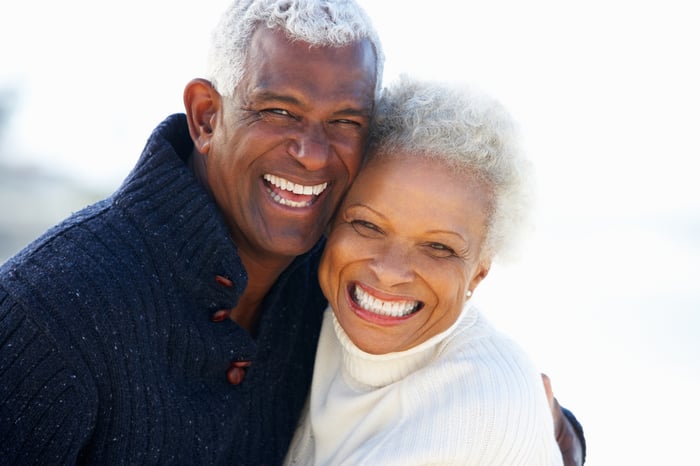 How traditional and Roth IRAs are similar

Both traditional and Roth IRAs are designed to help you achieve the same goal: saving for retirement. With either account, the money you contribute gets to grow on a tax-deferred basis, which means you won't pay taxes on any of your investment gains between now and retirement. There's a limit, however, as to how much you can contribute each year. For 2017, the maximum annual contribution is $5,500 if you're under 50. If you're 50 or older, you're allowed a $1,000 catch-up for a total of $6,500. Both traditional and Roth IRAs offer a range of investment options to help your money grow. But when it comes to taxes, there are numerous differences that could help drive your decision on which to choose.

In addition to offering tax-deferred growth, traditional IRAs offer the benefit of tax-free contributions. (Note that if you have access to a retirement plan through your job, or if your spouse has access to one at work, you may not get this benefit depending on your income level.) Typically, you'll get a tax break the year you contribute to your traditional IRA, and you won't pay any taxes until the time comes to take withdrawals in retirement. At that point, however, your distributions will be taxed as ordinary income.

One downside to the Roth IRA is that it doesn't give you an up-front tax break. Roth contributions are made with after-tax dollars, so if you're looking for a way to lower your current tax burden, a Roth won't solve that problem. On the other hand, once your money goes into a Roth, you won't ever have to worry about paying taxes on it again. Withdrawals in retirement are made tax-free, and you won't pay taxes on your investment gains along the way.

Another factor to contemplate when comparing IRAs is mandated withdrawals from your plan. Currently, traditional IRAs force you to start taking required minimum distributions (RMDs) once you turn 70-1/2. This can be problematic if you're at a point in your life where you don't need the money, since your RMD will automatically trigger a tax situation.

Imagine, for instance, that you decide to work until age 75 and therefore don't need to tap your retirement savings until then. With a traditional IRA, you'll be required to take an initial withdrawal by April 1 of the year following the calendar year in which you turn 70-1/2, regardless of whether you want or need it. Not only will you lose out on the opportunity to keep that money invested, but that extra cash could bump you into a higher tax bracket if you're bringing in a solid salary already.

But you can't ignore your RMD either. If you fail to take your required distribution, you'll be assessed a 50% penalty on whatever amount you neglect to withdraw. All of this highlights another tax benefit of the Roth IRA. Because Roths don't impose RMDs, you can leave your money invested indefinitely.

Other points to consider

Though Roth IRAs offer a number of tax benefits that traditional IRAs can't match, not everyone is eligible to open one. If you earn more than $132,000 this year as a single tax filer or $194,000 as a couple filing jointly, you won't be allowed to contribute. However, you can get around this restriction by opening what's known as a backdoor IRA, which essentially lets you convert a traditional IRA to a Roth.

Another thing to keep in mind is that removing money from a traditional IRA prior to age 59-1/2 will result in a 10% early withdrawal penalty, plus taxes on your distribution. Though there are some exceptions, this rule is meant to serve as a deterrent from touching those retirement funds prematurely.

With a Roth IRA, however, you're allowed to withdraw your principal contributions (not your earnings) penalty-free at any time for any reason, and doing so won't create a tax liability since you've already paid taxes on that money. But while this provision allows for more flexibility, it can also too easily open the door to temptation. Remember, that money is supposed to serve as a key source of retirement income, so the fact that you can remove it early isn't necessarily a good thing.

Because traditional and Roth IRAs each offer unique tax benefits, it's important to weigh your options before deciding which type to choose. No matter which one you open, remember to start funding it early to give your money time to grow. The sooner you begin saving, the greater your chances of amassing a respectable nest egg that will serve your needs in retirement.