Filing for Social Security at the right age can really help you maximize your benefits.

Now when we think about applying for Social Security, we're generally looking at an eight-year age range that begins at 62 and ends at 70. Currently, 62 is the most common age for enrollees to start collecting benefits, and that's because many folks want to get their hands on those payments as soon as possible. Ages 66 and 67 (or 66 and change) are also popular when it comes to filing, because those constitute full retirement age for anyone born between 1943 and 1960. Finally, 70 is another notable age to claim Social Security, because it's the last year you can delay benefits past full retirement age and still collect a boost on those payments.

The funny thing with all of this is that workers tend to toggle between full retirement age (66, 67, or somewhere in between the two), 62, and 70 when deciding when to first take Social Security. But there are other options in that eight-year window to consider as well, and 63 is one of them. The question is: Does it pay to file for benefits at 63? 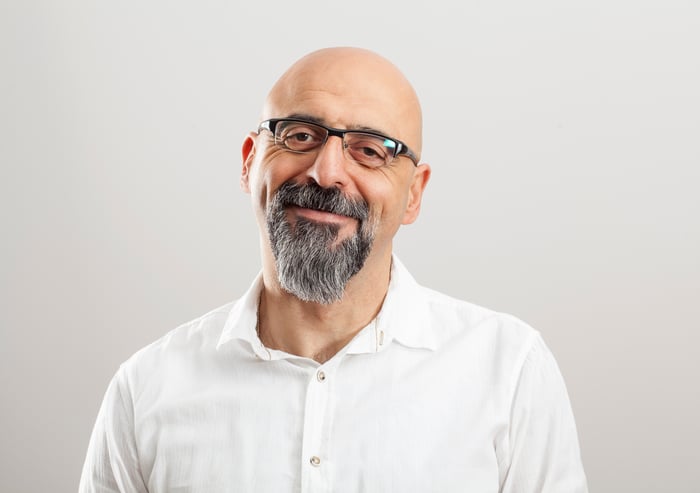 Reasons not to claim Social Security at 63

If a penalty didn't exist for taking benefits prior to full retirement age, more eligible recipients would rush to do so. The problem with filing prematurely (meaning, before full retirement age), however, is that doing so slashes your benefit payments by about 6.67% a year for the first three years you file early and 5% a year for each year thereafter. This means that if your full retirement age is 66 and you decide to take benefits at 63, you'll lower your Social Security payments by 20%, and that reduction will remain in effect for the rest of your life.

Now that wouldn't be so bad if you want your money sooner and are planning to use it as a source of bonus cash, so to speak. But if you're like the countless Americans who enter retirement with inadequate savings, slashing your benefits by filing prior to full retirement age could compromise your long-term finances.

For example, the average household aged 56-61 has just $163,577 saved for retirement, according to the Economic Policy Institute. If we assume an initial 4% annual withdrawal rate from savings (keeping in mind that 4% has long been the standard), that's just $6,543 a year in income (at least initially -- subsequent withdrawals can be adjusted for inflation, but they won't be all that much higher). And when that's all you're looking at, you need every cent you can get out of Social Security, which is why filing for benefits at 63 could turn out to be a bad idea.

They say the best-laid plans tend to go awry, and that holds true for financial circumstances as well. In fact, 60% of seniors find themselves in the unfortunate situation of being forced to retire earlier than planned, and often due to reasons such as job loss, illness, or the need to care for a loved one. If that's the sort of circumstance you find yourself in at 63, and you don't have another source of income, then it pays to file for Social Security immediately and use those benefits to cover your living costs.

Will you cut those payments in the process? Yes. But is that a better option than racking up credit card debt to pay your bills? Absolutely.

There are other scenarios where filing for benefits at 63 can be a wise move as well. For instance, if your health is poor and you don't expect to live very long, you're generally better off taking benefits sooner rather than later. One little-known fact about Social Security is that it's actually designed to pay you the same amount of lifetime benefits regardless of when you first file -- but that assumes you live an average life expectancy. If you die on the younger side, you'll end up losing out on money if you wait too long to claim benefits, so if you have a known health issue or poor prognosis come age 63, you might as well file right away.

Finally, if you've amassed a healthy nest egg by age 63 and don't need your Social Security income to pay the bills, you might choose to file early. The reason? You're apt to have more energy to enjoy life in your early 60s than later on, so if that money will buy you the ability to travel or explore new hobbies, you might as well snag it when it'll benefit you the most. And while you will take a hit on those payments, you won't face quite the same reduction so many Americans do by filing for benefits at 62.

Ultimately, there's really no single right or wrong age to claim Social Security. If 63 is a contender in your book, weigh the pros and cons and see what makes the most sense. As long as you put some thought into the decision, you're likely to come out ahead.

Should You Claim Social Security at 63? @themotleyfool #stocks Next Article
Current