Please ensure Javascript is enabled for purposes of website accessibility
Log In Help Join The Motley Fool
Free Article Join Over 1 Million Premium Members And Get More In-Depth Stock Guidance and Research
By Michael Douglass – Apr 21, 2018 at 6:16AM

Everyone knows why millennials aren't saving enough for retirement, right?

It's because they're lazy.

What if everything I just wrote is nonsense? What if none of these are the real answer? 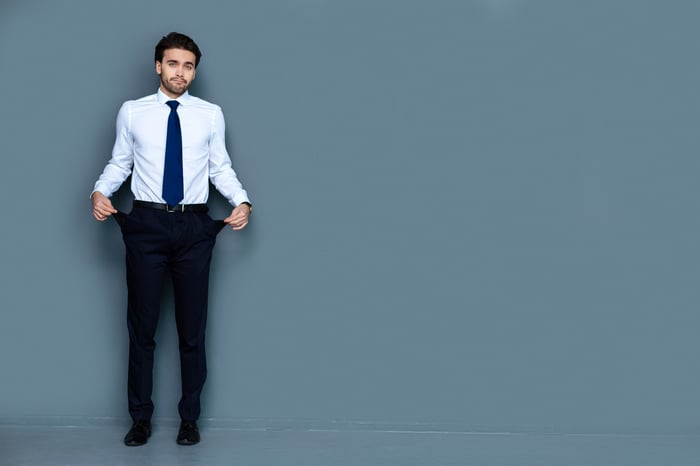 While noting that 66% of millennials have nothing saved for retirement, the report provides plenty of evidence that the shoddy state of their nest eggs has relatively little to do with millennial savings habits. Fact is, many millennials simply aren't eligible to join their employer's retirement plan -- and without that extra support, it's much tougher to save for retirement.

No -- the real problem is that many millennials' employers bar them from participating. That's not because of some specific anti-millennial bias; it's because of how their employment is structured.

The Employee Retirement Income Security Act of 1974 allows employers to restrict participation in their 401(k) plans to employees who have worked there for at least a full year. Employers can also restrict the plan to be available only to workers who clock at least 1,000 hours per year (or over 19 hours per week). So, new employees and part-timers can be excluded if employers choose.

And they're making that choice

According to the National Institute on Retirement Security's report, 24% of millennials say that they are not eligible for their employer's retirement plan because they did not work enough hours in a typical week to participate, while 16% report that they have not worked long enough to be eligible yet. Those are the No. 1 and No. 2 responses -- with "can't afford to contribute" a distant third at 9% of respondents. According to the same data set, 25% of millennials are employed part time, and 50% have been working a year or less at their current job.

Lest you think this study isn't representative, Transamerica conducted a broad 401(k) survey in 2016 that found that only 38% of companies allowed part-time workers to contribute to a 401(k). And a Government Accountability Office study of 80 retirement plans found that 50 of them required workers to have been at an employer for a certain amount of time before they became eligible to participate.

So what can you do about it?

If you're reading this because you don't have access to a 401(k), there are three paths you can take. The first is to try to negotiate with your company either to create a 401(k) plan or to allow you to gain eligibility. The fact that you're thinking about things from the perspective of saving for retirement probably makes you look like a thoughtful, smart employee. But if an employer is cheerfully getting your labor without having to pay full benefits, I'm not confident they'll deliberately cut their profit margin unless you can give them a compelling reason.

Which brings me to Path No. 2: Get a new job. If you get an offer from another company that has benefits but you want to stay at your current one, that's a great opportunity to negotiate for eligibility. (That 401(k) eligibility probably comes paired with eligibility for company health insurance, which can yield great medical savings.) Of course, if you get a new job with benefits and don't want to stay at the old one -- well, you can do that, too.

Path No. 3 is to set up and fund your own retirement account. Although it's not as easy as an employer-sponsored account, an Individual Retirement Arrangement (IRA) has some serious benefits. IRAs come in two flavors: traditional and Roth (I personally prefer Roth IRAs), and both provide tax benefits. Contributions to a traditional IRA net you a tax break the year you make them, and the money grows tax-deferred in the account every year until retirement -- only then can it be taxed. Roth IRAs don't give you the tax break the year of your contribution, but that money grows tax-free and can also be withdrawn without paying taxes in retirement.

In some ways, IRAs are even superior to 401(k)s. One of the key problems of the 401(k) is that your plan usually limits your contributions to a select group of funds. IRAs give you total freedom to invest in stocks, bonds, funds, and more -- so you get to direct your retirement funds more in the way you see fit. Many 401(k)s also come loaded with extra fees tacked on, which can dramatically lessen your investment returns. (IRAs usually don't have all these extra fees, although of course much depends on the online broker you choose.)

That's probably not enough to retire on, but it sure makes a big dent. Plus, keep in mind that the contribution limit on IRAs is indexed to inflation, so someday that $5,500 max will inevitably become $6,000 ... then $6,500 ... then $7,000 ... and so on. Maxing out your IRA each year will allow you to shield more and more of your money from the tax collector while boosting your retirement savings in ever-larger chunks.

And meanwhile, maybe at some point you'll be able to start contributing to a 401(k), too. The contribution limits on 401(k)s top out at $18,500, so combining them can help you get the best of both worlds as you build toward retirement.