They say 40 is the new 30, but regardless of whether that's actually true, there are certain financial objectives you should aim to achieve by the time you reach that milestone. Here are four goals to strive for as you enter an exciting new decade in your life.

Turning 40 doesn't render you any more susceptible to emergencies than you would be at another age. But the fact of the matter is that everyone needs a solid level of cash reserves, and if you've been lagging in that department, use age 40 as a benchmark for crossing that critical item off your list. 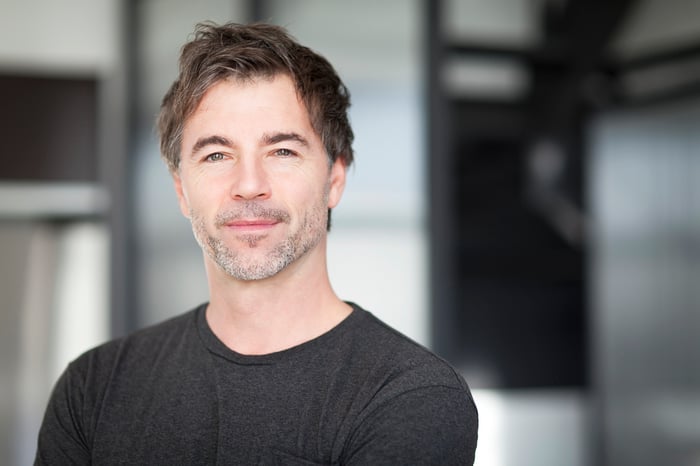 Your emergency fund ideally should have enough cash to cover three to six months' worth of living expenses. This way, if you lose your job and don't find new work for a number of months, you won't risk racking up loads of debt to keep up with your bills.

Similarly, you never know when a whopper of an expense might land in your lap, whether it's a busted car engine, an unplanned hospital stay, or a sinking foundation. Having a healthy emergency fund will not only protect your finances, but save you some stress when those monstrous expenses inevitably appear.

2. Have three times your salary saved for retirement

The challenging thing about building a nest egg is that it's hard to predict how much is enough, or how little is too little, when retirement is multiple decades away. Investment giant Fidelity, however, suggests saving three times your current salary by the time you reach 40, and that's a pretty good target to aim for. This means that if you're earning $80,000 a year, you'll want $240,000 in your IRA or 401(k) by the time you turn the big 40.

Now that might seem like a lot of money, but if you're currently 35 with half that amount and you max out your 401(k) for the next half-decade at $18,500 per year, you'll add another $108,000 to your nest egg if your investments generate an 8% average annual return during that time -- which is actually a little below the stock market's average. And that'll get you pretty close.

Of course, maxing out a 401(k) is easier said than done, but if you want reassurance that you're saving well for the future, you may need to rethink your budget and cut corners to allow for those higher contributions. In doing so, however, you'll increase your chances of meeting the next goal on this list.

3. Have no debt other than your mortgage and vehicle payment

Having no outstanding financial obligations other than a mortgage and car payment is a lofty goal at any age, but given that 40-somethings have higher credit card balances than all other age groups, kicking that debt by 40 unquestionably is a challenge. Still, it's extremely helpful to rid yourself of debt by 40 because in doing so, you'll have an easier time saving for retirement, paying down your mortgage, covering college tuition, and dealing with the numerous other expenses you'll face during the final few decades of your career.

Cutting corners in your budget is a great way to stay out of debt going forward, but if you're in debt already, you'll need to map out a plan for eliminating it quickly. You can start by reviewing your various balances and paying off those with the highest interest rates first. You might also consider working a side job temporarily to drum up some extra cash. Either way, focus on getting your load down to zero so you're not spending money on debt payments each month once you hit 40.

Turning 40 doesn't need to be the driving force behind your decision to get a will. Rather, if you want a say in how your assets are disbursed upon your death, you need a will regardless of how old or young you are. The good news is that, unless your estate is particularly complex, creating a will is a pretty painless process.

You can make one yourself online for a relatively low price, but if you want to make sure that document is solid, you're better off hiring an attorney. Most lawyers charge a flat fee for wills that averages $375 nationwide, assuming no special circumstances.

Turning 40 is a reason to celebrate, and also get your financial house in order. Follow these tips and you'll be giving yourself the best birthday present ever: financial security and the peace of mind that comes with it.