Social Security has announced changes for 2019 that include an increase to the maximum Social Security benefit payable to recipients who retire next year. In 2018, new retirees could pocket as much as $3,698 per month, but in 2019, they'll be able to collect up to $3,770 per month.

Your chances of qualifying for that much in Social Security, though, are pretty slim. Read on to find out more about the maximum you can collect in Social Security at different ages next year and steps you can take to maximize your own benefit.

To qualify for Social Security, you need to accumulate 40 work credits, which works out to about 10 years of work. Once you've accumulated the credits you need, you can begin collecting benefits as young as age 62 or wait as late as age 70. You'll only receive 100% of your benefit amount, however, if you claim at your full retirement age. If you claim earlier than that, your benefit check will be reduced, but if you claim later than that, you'll get a bonus equal to 8% per year you delay. 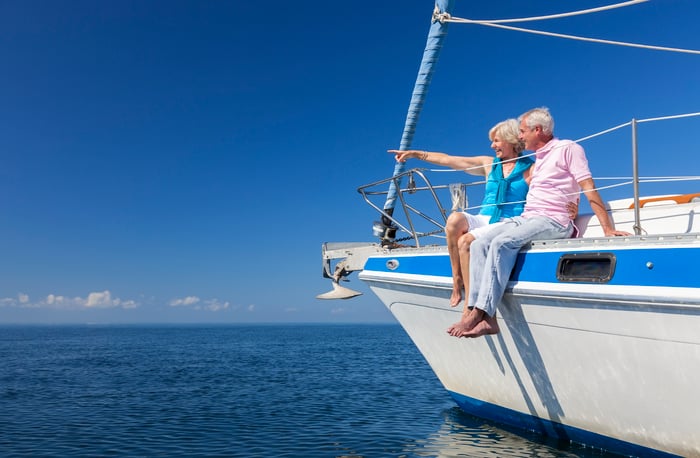 Social Security uses a complex calculation to figure out how much you'll receive in benefits at full retirement age, but the program is designed to replace roughly 40% of your preretirement income.

The calculation begins with adjusting your highest-earning 35 years of employment for inflation to come up with your average indexed monthly earnings (AIME). Then, Social Security reduces your AIME at certain income levels called bend points to come up with your primary insurance amount. This is the amount you can receive if you claim at full retirement age.

The maximum amount payable in 2019

The good news is that the maximum amount payable to new retirees will increase next year, but the bad news is that to qualify for this maximum payment, you need to have had income throughout your career that's at or above the annual taxable limit, which was $128,400 in 2018 and will be $132,900 in 2019.

How to get the most money possible from Social Security

While it would be nice to get the maximum amount paid by Social Security, the following chart shows that most Americans wind up collecting between $700 and $1,800 per month. If you want to receive the biggest monthly check possible from Social Security, then you'll need to maximize your earnings while you're working so that your AIME is as high as possible. Then, you can delay collecting benefits until age 70 to benefit from delayed retirement credits. If you haven't worked the maximum 35 years used by Social Security to calculate benefits or have a lot of low-income earning years in your past, then continuing to work later in life also can make sense.

When you have less than 35 years of work history, Social Security uses zeros in its calculation for determining average monthly benefits. Replacing those zeros on your record can give your primary insurance amount a boost. Similarly, if you earn more now than you did in the past, continuing to work so that you replace lower-income years on your work record can also increase your benefit.

The above strategies could help you achieve financial security in retirement.