Social Security retirement benefits are calculated based on your lifetime earnings -- specifically, your highest 35 years' worth. The age at which you first file for benefits also dictates how much money you receive in benefits each month.

If you file for benefits at your full retirement age (which, depending on your year of birth, is either 66, 67, or somewhere in between those two ages), you'll get the full monthly benefit your work record entitles you to. But you don't have to wait that long to claim benefits -- you're allowed to start collecting as early as age 62.

And make no mistake about it: A large number of seniors each year jump at the chance to get their benefits as early as possible, making 62 the most popular age at which to file for Social Security. The problem with taking benefits that soon, though, is that in doing so, you'll reduce them by a substantial amount. Specifically, your benefits will take a 6.67% hit for the first three years you file early, and then a 5% hit for each year thereafter. This means if you're looking at a full retirement age of 67, and you claim benefits at 62, you'll reduce your payments by 30%. 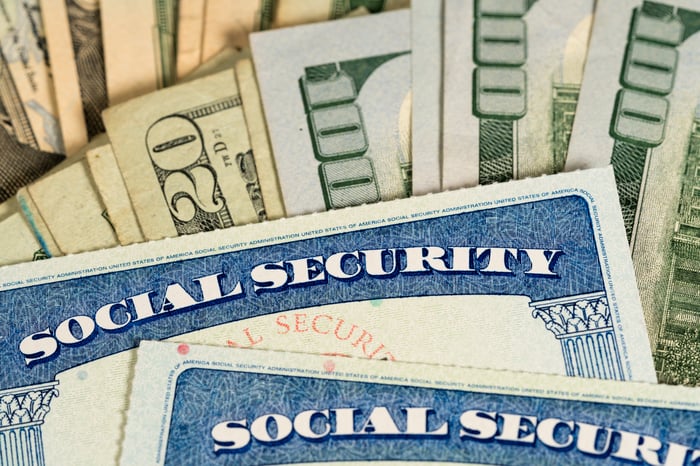 If you don't need the money right away, it often pays to not jump the gun on Social Security and wait until full retirement age or later to claim benefits (if you delay benefits past full retirement age, you'll boost them by 8% a year up until age 70). But what if you find yourself desperate for money come age 62? What if your home needs a major repair, your vehicle is totaled, or you find yourself out of work? Filing for benefits won't be ideal, because in doing so, you'll risk reducing them for life. But racking up costly credit card debt isn't a great solution, either.

If only there was a way to "borrow" that money from Social Security for a while and then pay it back to avoid taking a permanent hit on your benefits. Well, guess what: There is a way to use Social Security as a loan of sorts. You just need to go about it carefully.

Many people who file for Social Security ahead of full retirement age do so because they need the money -- not because they're actually ready to retire. If that's your situation but you don't want to permanently reduce your benefits due to a one-time need, you can file early and use those payments as a loan.

How is this possible? Social Security allows filers one do-over in their lifetime. If you file but then withdraw your application for benefits within 12 months and pay back all of the money you received from Social Security, you'll get to start over with a clean slate -- meaning you can file again at a later age and secure a higher monthly benefit.

Let's say you lose your job right when you turn 62 and don't have savings to tap in the interim while you look for a new position. You might file for Social Security, collect benefits for three months, and then get hired somewhere. If you then manage your income wisely so that you're able to repay those three months of benefits within a year of having filed for them, you can cancel out your initial benefits application and file again at a later age. In this regard, those three months of benefits will have served as a loan to get you through a rough financial patch.

Of course, there's a danger in assuming you'll file early and then take advantage of that do-over, and it's that if you were so desperate for money in the first place, you're apt to have a hard time repaying the Social Security Administration in time to get that second chance at filing. Still, it's an option to consider if you're desperate for cash but don't want to lose out on what could be a lifetime of higher benefits in retirement.

Need Money? Here's How You Can Use Social Security as a Loan @themotleyfool #stocks Next Article
Current