The coronavirus pandemic has pushed other, less immediate worries into the background, as everyone from government officials to first responders and ordinary people do what they can to protect themselves and others from COVID-19 and its impacts. Now more than ever, the 64 million people who receive Social Security benefits appreciate the financial stability that the program provides. Yet even though most people aren't worried about it right now, Social Security's long-term challenges remain unchanged, and many fear that the economic fallout from the coronavirus crisis could cause lasting damage to the program.

1. Social Security is a year closer to running out of money 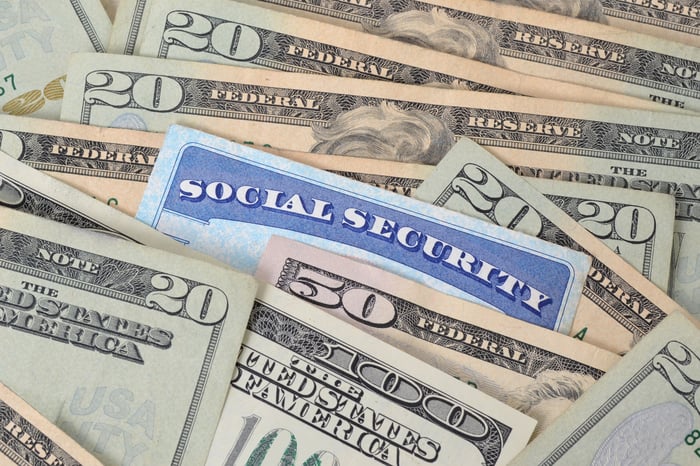 2. After 2035, retirees can expect a slightly larger benefit cut

If the Social Security trust funds get depleted, it won't mean the end of Social Security. It just means that the government won't have enough money to pay full benefits at their current levels without diverting money from other sources, because the payroll taxes that current help pay for Social Security won't provide enough funding on their own.

The Social Security trustees now anticipate that when the old age and survivor fund runs out of money in 2034, it'll be able to pay only 76% of the retirement and survivor benefits otherwise due to recipients. That's down from 77% last year. Disability recipients got some good news, as the program's revenue will cover 92% of disability benefits after 2065, up from last year's 91%.

When you combine the trust funds, recipients can expect a 21% pay cut overall on their benefits come 2035. That's up from 20%, and it'll mean an even larger shortfall for those counting on income from the program.

Each year, the trustees explain to lawmakers how they can solve Social Security's projected shortfall. In essence, they have two choices: cut benefits or boost revenue.

Boosting payroll taxes is one option to raise cash for future Social Security benefits, but it'll mean a big tax hike. The 6.2% that currently gets taken out of employee paychecks in payroll taxes for Social Security would have to jump to 7.77% in order to cover the shortfall. That's up substantially from 7.55% last year.

The other choice is to reduce benefits. If you cut payouts to everyone right away, it'd take a 19% reduction to get the job done. If you only apply the cuts to those first becoming eligible for benefits this year, you'd have to make a 23% pay cut. Those figures are up from 17% and 20% respectively a year ago.

4. The cost of waiting is high

The longer lawmakers go without doing something, the higher the price tag is to fix the problem. If lawmakers wait until the 2035 depletion date to raise payroll taxes, then they'd have to boost them all the way to 8.265%. That's almost a quarter percentage point higher than projected in last year's report.

Alternatively, a 25% across-the-board benefit cut starting in 2035 would be enough to cover the shortfall. That's higher than the 23% estimate for benefit cuts from the trustee's report last year.

5. There's less uncertainty about when Social Security's trust funds will run out of money

Projections about Social Security's financial future have been remarkably stable year after year, with only minimal changes. Moreover, as years go by, there's less uncertainty about exactly when the trust funds will get used up completely.

The statistical analysis that the Trustees Report uses assumptions that the trustees admit could be incorrect. Yet using low-cost and high-cost assumptions as alternatives, the report believes with 95% confidence that the actual depletion date for the trust funds will come between 2031 and 2042. That compares to a range of 2031 to 2044 in last year's report, showing that the day of reckoning is still coming in the not-too-distant future.

Washington's attention is focused almost entirely on the coronavirus pandemic right now, but Social Security's problems need solving as well. The sooner lawmakers can start addressing the implications of the financial crisis facing Social Security, the easier it'll be to get the job done once and for all.