Many of us have trouble getting along with a single manager, so if you're in the position of having multiple bosses, you might easily find yourself pulled in numerous directions on a regular basis. But while having more than one boss is generally considered a negative thing, it doesn't necessarily have to be. Here are a few lesser-known benefits of having multiple managers to report to.

1. Two people to learn from

A good boss is someone who can guide you and consistently help you improve performance-wise. Therefore, if you have two senior people you can learn from, you can more rapidly grow your skills and increase your chances of getting promoted or furthering your career in another way. And as long as it's solicited, there's really no such thing as getting too much career advice. 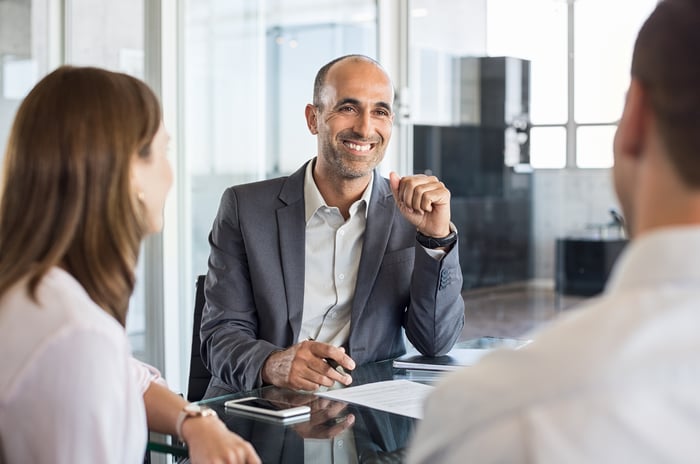 In the course of your job, you're bound to find things that make you unhappy, whether it's a specific project that bores you to tears or that colleague who can't stop bugging you and messing with your workflow. The problem with airing your grievances too frequently, though, is that you might come off as a complainer. But if you have two bosses, you can divvy up those gripes so you're not inundating a single manager too often, thus preventing each boss from getting annoyed with you while increasing your chances of having your concerns addressed.

3. Two leadership styles that might balance each other out nicely

Maybe you have one boss who's extremely hands-on, and another who's more relaxed and willing to let you take assignments and run with them. Each extreme, on its own, might come to be difficult for you to handle. After all, dealing with a micromanager can be frustrating, while getting minimal guidance at work also isn't great. But if you happen to have two bosses whose leadership styles complement one another, you could end up with the best of both worlds.

There may come a point in time when you decide to leave your job, and when that happens, having multiple bosses could work wonders for your prospects. That's because you'll have two people to serve as professional references, which means that as long as you develop good relationships with both, you'll have multiple managers to potentially sing your praises. Furthermore, you never know when a former manager might be willing to help you land work in the future, and having two people to add to your long-term network could help your career down the line.

Having more than one boss isn't necessarily a bad thing -- unless, of course, your managers aren't on the same page and seem to perpetually have opposing priorities. If you find that you're constantly getting stuck in the middle, sit your managers down and respectfully encourage them to sync up so that you can do your job. Once that happens, you may very well come to enjoy the perks of having multiple people to report to.