Losing a bunch of great colleagues is hard. But should you jump ship just because they do?

Having a group of great coworkers could spell the difference between enjoying your time spent at work and dreading the idea of going into the office every day. But what happens when your colleagues start leaving the company in rapid succession? Do you stick it out in the hopes their replacements will be just as awesome, or do you hop aboard that bandwagon and quit yourself? It's a tough call to make, so here's how to reconcile it.

People are important at work

Remember back in the day when you learned about peer pressure? Your parents probably gave you that whole "If your friends jumped off a bridge, would you do it, too?" speech to drive home the point that it's generally better to be your person and make your own decisions. 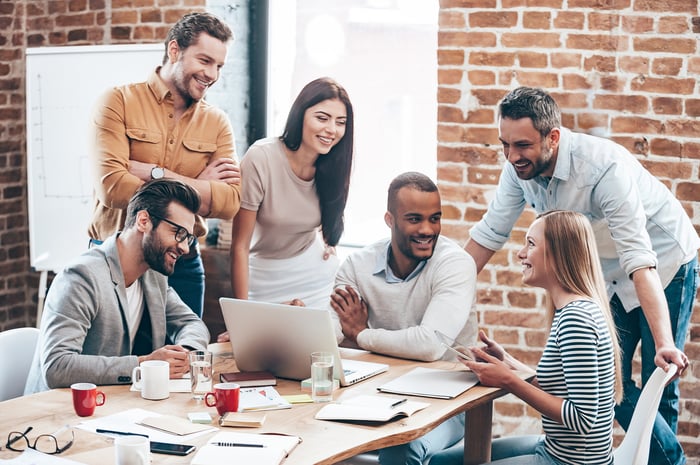 But the scenario described above is a little different, because we're not talking about a leaving a job for the sake of doing the cool or popular thing. Rather, it's a matter of preserving your happiness. If your coworkers are what make your job more pleasant, and the bulk of them leave, it's apt to impact your happiness in a negative way.

Not only that, but research from Rutgers University has shown that having strong relationships with colleagues can improve performance. If you have coworkers you get along with, you'll have an easier time asking for help as needed without worrying about being judged. Having solid relationships with colleagues in different areas of your company can also help you gain access to key insight and information you may not otherwise be privy to. And then there's morale to consider -- employees who have friends at the office report being in a good mood more often, which could translate into increased motivation and better output. So when those awesome colleagues go away, the opposite can occur -- your outlook can take a turn for the negative and your performance can quickly begin to follow suit.

Get to the bottom of things

Personal impacts aside, when deciding whether to follow your colleagues out the door, it's important to think about why they're leaving. Is it coincidental that several of them happened to get better offers around the same time? Or were they actively trying to leave because they recognized that they were stuck in dead-end jobs or that impending company changes would've made their job situations worse? If an unusually large number of colleagues are leaving at once, chances are, there's a reason for it, and that alone might raise a red flag.

It's natural to be tempted to follow your colleagues' lead when the bulk of them decide to leave your company and go elsewhere. But before you do, think about your own status at work. Are you happy with your title, tasks, and salary? Does your company give you the flexibility needed to maintain a decent work-life balance? Moving to a new employer means grappling with a series of unknowns, so if you like most aspects of your job, it may be worth it to stay put, ride out the upcoming transition, and see what sort of new colleagues you wind up with.

Furthermore, if you're generally happy at work and have a bunch of colleagues leaving, that could serve as an opportunity for you to take over some of their responsibilities and prove what a valuable asset you are to the company. Being that person who shows those incoming new hires the ropes can also help you stand out to your employer and perhaps pave the way to a promotion.

On the other hand, if you're not necessarily in love with your job and don't see a compelling reason to stay, you might consider jumping ship along with your colleagues. This especially holds true if your work is collaborative in nature, and you feel that losing those coworkers will substantially impact day-to-day life at the office.

Or, the answer might lie somewhere in the middle: Let your colleagues leave, see how things shake out at your current company, but have an exit strategy in case things quickly take a turn for the worse. Having terrific colleagues can truly turn an otherwise tough work situation into a bearable or even enjoyable one, so it's perfectly OK to acknowledge that loss and let it drive your own career-related decisions.