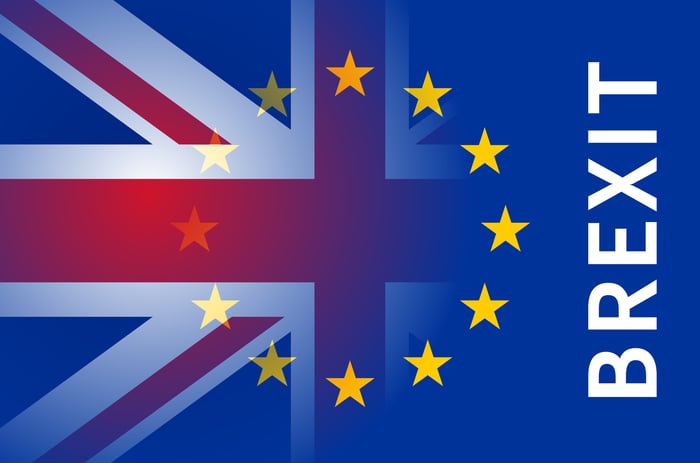 Investors are reviewing their portfolios in the wake of financial fallout due to Britain's decision to leave the European Union, or EU. With markets tumbling, you might be trying to figure out what to do with your portfolio. Here are three investing strategies to consider that can help you ride out a market crash caused by Brexit.

Anyone who reads The Motley Fool knows that most of the time, the best strategy for surviving the market's inevitable drops is to sit tight and stay the course with your investments.

Over time, a long-haul investment approach has been shown to be far more effective than trying to time market pops and drops.

Considering that longtime investors who chose to ride out major market events like Black Monday, the Internet Bust, and the Great Recession have benefited from seeing markets go on to make new highs, short-term thinking that results in selling stocks could be a costly mistake. 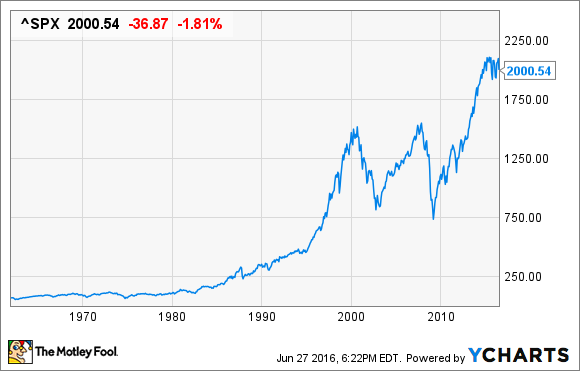 Stocks have more than doubled since the Great Recession, so it's certainly possible that the percentage of your portfolio that's invested in stocks has gotten bigger than it should be.

If the percentage of stocks that you own in your portfolio has gotten a bit too far out of whack with this calculation, then it may be time to consider taking some risk out of your portfolio by increasing your exposure to U.S. Treasuries.

Although the low yields associated with U.S. Treasuries mean that they won't kick-off a lot of retirement friendly income, they can provide investors with more sleep-at-night, peace of mind. After all, as global investors look for safe havens worldwide, they're more likely to look to the U.S. now that European uncertainty has increased.

No matter if you've been investing for years or you're just starting out, you shouldn't underestimate the benefit of lowering the average cost of your investments via dollar-cost averaging.

People participating in workplace retirement plans, such as a 401(k) plan or 403(b) plans, already reap the benefit of dollar cost investing because they're contributions come right out of their paycheck. However, many retirement plan participants aren't contributing nearly enough to their retirement savings.

According to a survey conducted TransAmerica, 20% of people who can contribute to a workplace retirement plan don't. Also, among those that do contribute, the average contributes about 8% of their pay to their plan. Those findings suggest that the vast majority of Americans aren't salting away anywhere near close to the maximum that's allowed by these plans. In 2016, participants in a 401(k) or 403(b) plan can save up to $18,000 , and if you're over age 50, you can contribute an extra $6,000 catch-up contribution too.

Even if you don't have a workplace retirement plan, you can still use dollar-cost averaging to take advantage of a post Brexit market fall by contributing to an IRA or a taxable investment account. If you qualify for an IRA, you can park up to $5,500 this year. A $1,000 catch-up contribution can be made by people over age 50 too.

If you plan on using an IRA or a taxable account to dollar-cost average, make sure that you break up the amount you want to invest into equal installments. Spreading out your investments over time lets you make the most of your ability to lower your average cost.