Is Ford planning to launch its own ride-hailing service? Here's what we know.

Ford Motor Company (F -0.68%) has said that it will begin mass-producing a self-driving vehicle for ride-hailing and car-sharing use by 2021.

But there's a big question hanging over Ford's plans: Who will buy this self-driving vehicle, given that the major ride-hailing companies seem to have locked up deals with other automakers?

Will Ford be left out? Or is Ford planning something more dramatic -- its own Ford-branded ride-hailing service? 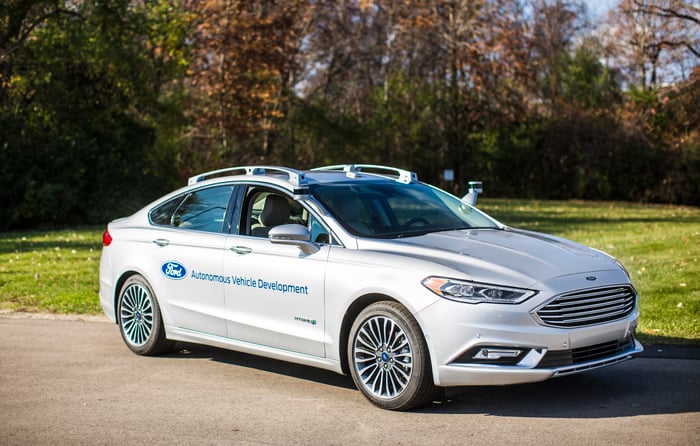 Why Ford might be planning to launch an Uber rival

Consider all of this:

Long story short, in about four years, Ford hopes to be building a whole lot of self-driving vehicles designed specifically for commercial use in urban areas. As I said above, that raises an obvious question: Who will buy them?

The answer could be Uber Technologies, but it probably isn't. Not only does Uber have its own self-driving research and development program underway, it has also signed a deal to buy self-driving vehicles from Daimler (MBGA.F -0.79%).

The answer almost certainly isn't Lyft. General Motors (GM 0.51%) owns 9% of Lyft, and has made it clear that it will be introducing self-driving versions of its electric Chevrolet Bolt EV into service with Lyft soon -- possibly beginning with a large-scale test later this year.

Of course, there are other ride-hailing companies in other parts of the world. Some, like China's Didi Chuxing, are huge and could be potential markets for the self-driving Ford.

But I don't think that's the plan. If Ford were planning to sell its self-driving vehicle to (for example) Didi, it would almost certainly be planning to build it in (for example) China. But it's not. It's building the vehicle in the United States.

What if the customer for Ford's self-driving vehicle turns out to be... Ford's own ride-hailing service?

How a Ford ride-hailing service could fit

It's very possible that Ford is quietly working on its own ride-hailing service right now. It would fit in nicely with other aspects of Ford's extensive "mobility" initiative that have already rolled out, albeit in a very limited way (so far).

Those aspects include a smartphone app called FordPass. It seems intended to eventually serve as the one-stop app for accessing all of Ford's new mobility services. 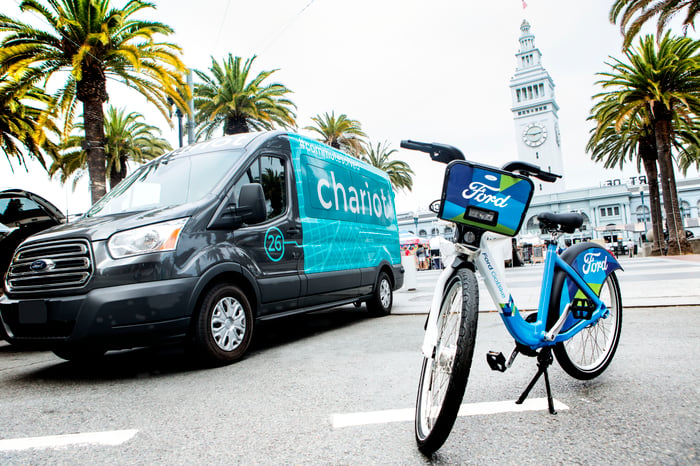 Beyond some basic services for Ford vehicle owners, FordPass doesn't do a whole lot right now. But some analysts (including your humble Fool) see it as the basis for a much greater suite of "mobility" offerings in the not-too-distant future. Those will likely include:

An Uber-like ride-hailing service and a Zipcar-like car-sharing service seem like natural fits in the FordPass portfolio of mobility services. It seems extremely likely that Ford will seek to offer them, perhaps via partnership arrangements -- or perhaps by creating its own services.

Old rival General Motors appears to be doing something similar: GM doesn't (yet) have an integrated app like FordPass, but it does have that arrangement with Lyft, along with its own fast-growing car-sharing subsidiary, Maven.

Is this the plan?

We don't know yet, and, of course Ford isn't telling. It's possible that Ford itself doesn't know for sure yet, as it could be exploring a few different options. But it seems very possible that Ford could decide (and maybe already has decided) that the best way to head off "disruption" from ride-hailing companies like Uber and Lyft is to offer a ride-hailing service under its own extremely recognizable brand. What do you think?