Please ensure Javascript is enabled for purposes of website accessibility
Log In Help Join The Motley Fool
Free Article Join Over 1 Million Premium Members And Get More In-Depth Stock Guidance and Research
By Todd Campbell - Apr 9, 2017 at 8:01AM

Aging baby boomers are going to have to start withdrawing money from retirement accounts, and that could weigh heavily on money managers and markets.

Wall Street money managers are paid based on how much money they have under management, and unfortunately for them, that figure could decline sharply over the next 20 years. Baby boomers have tucked $10 trillion aside for their golden years, and the first wave of baby boomers are turning age 70.5, triggering required minimum distributions from their 401(k) plans and traditional IRAs.

A whole lot of money

According to the Census Bureau, 40.7% of American households have money in defined benefit plans, including 401(k)s and 403(b)'s and 28.4% have money saved in IRAs. 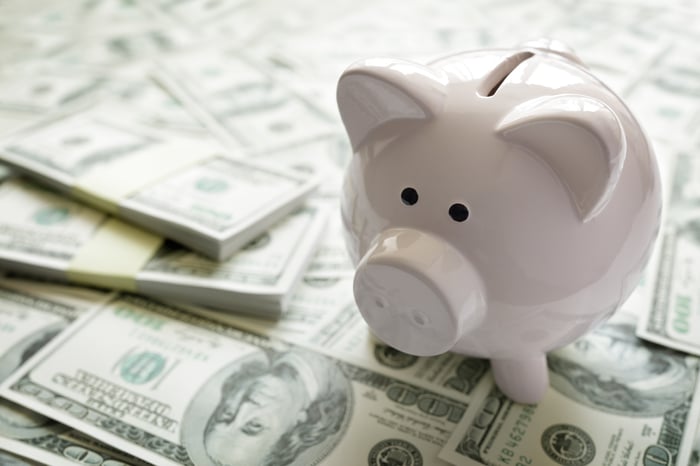 A significant amount of that money belongs to the 76 million aging baby boomers that are already in -- or fast-approaching -- retirement. According to a recent PWC survey, about half of baby boomers have retirement savings of at least $100,000, and roughly 15% of them boast accounts valued at north of $500,000. Overall, boomers have $10 trillion saved in retirement accounts, according to Bank of New York Mellon Corp.

And, therein lies Wall Street's problem. As baby boomers saved for retirement, rising assets under management allowed Wall Street to bank years of big fees. Since the average expense ratio for funds managed in a 401(k) is 1%, the industry is collecting about $100 billion per year in fees from the $10 trillion in retirement accounts.

Unfortunately for money managers, money that's held in tax-deferred accounts, like 401(k)s and IRAs, can't grow tax-free indefinitely (money in a Roth IRA can, but that's another story!).

The IRS requires that money held in tax-deferred accounts like these starts being withdrawn in the April following the year in which the account holder turns 70 1/2 years old. The amount that gets withdrawn every year is based on average life expectancy, and typically, that translates into a mandatory 3.5% withdrawal rate in year one.

Assuming a 3.5% withdrawal rate and $10 trillion in assets, $350 billion in fee producing assets under management could disappear annually once all boomers hit the mandatory withdrawal age. At a 1% fee, that works out to a $3.5 billion revenue headwind for the industry.

It's tempting to think that money withdrawn from these accounts will simply flow back into taxable investment accounts, however, the reality is that most withdrawals will likely be spent on day-to-day living and healthcare costs.

The Bureau of Labor Statistics reports that the average age-65 or older household spends about $44,664 per year, and given that the average person receives about $16,320 in Social Security benefits, baby boomers are already relying heavily on their savings.

Retirees wallets are likely to get even emptier as they get older, because according to Fidelity Investments, the average 65-year old retired couple spend $260,000 on healthcare during retirement, plus another $130,000 on long-term care in retirement, if it's needed.

Some money will end up in taxable accounts, but it's the asset managers who are managing high-net worth clients that will recapture the lion's share of those reinvestments, not those serving tapped-out main street investors. As a result, companies like Goldman Sachs could do better than fund families like Janus.

Withdrawals could also be bad news for passive investments, such as S&P 500 index funds. Over the past thirty years, many investors have concentrated a lot of their wealth in low-cost index funds, and while that's still a smart strategy, a shift back to active investing could occur if withdrawals come predominately from these index mutual funds and index ETFs. If so, then savvy stock pickers could do best.