Please ensure Javascript is enabled for purposes of website accessibility
Log In Help Join The Motley Fool
Free Article Join Over 1 Million Premium Members And Get More In-Depth Stock Guidance and Research
By Matthew DiLallo - May 11, 2017 at 12:27PM

The aerospace and defense technology reaffirmed its full-year outlook thanks to the strength of its backlog.

Orbital ATK (OA) wasn't expecting a blockbuster first quarter because it was going up against a tough comparable quarter, and its workload this year is weighted toward the back half. However, it still managed to stay on pace with its forecast, allowing it to reaffirm its full-year outlook. Meanwhile, the company captured a slew of new orders, which puts it on pace to deliver robust growth next year. 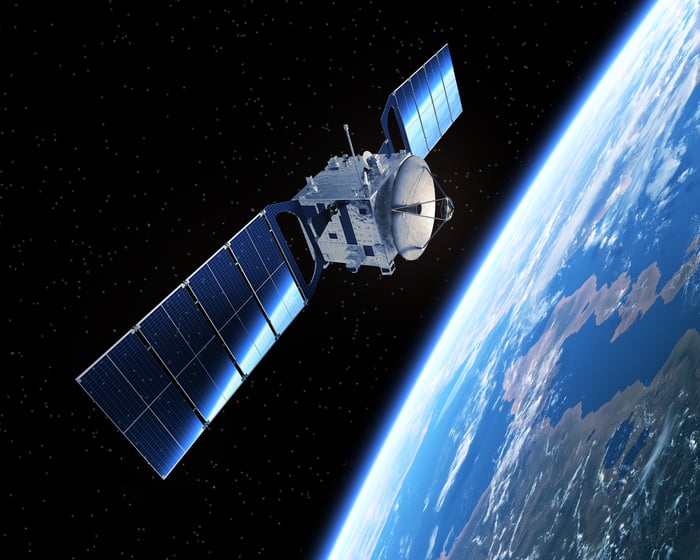 Orbital ATK was up against some tough comps this quarter.

Orbital ATK's financial performance in the first quarter reflected top-line revenue growth in each of our business segments as we converted strong new business bookings to revenue. In addition, our profit margins and earnings per share results were consistent with the company's plan for the year.

Meanwhile, CEO David Thompson reiterated those comments and went into a bit more detail on the new order bookings:

Orbital ATK is off to a solid start in 2017. First quarter financial results were in line with our plan for the year, which is second half weighted as we previously indicated. Our first quarter book-to-bill ratio of 150% boosted firm backlog to a record $9.8 billion. In addition, these strong new business bookings reflected a return to our historic proportion of shorter-cycle contracts, which will help drive revenue growth this year and in 2018, following a period of robust long-cycle orders in 2015 and 2016.

One thing Thompson points out is that a large percentage of the new orders it booked during the quarter were shorter-duration contracts. Because of that, the company will be able to capture the revenue from these awards much sooner, which puts it on pace to reaccelerate revenue growth later this year and into next.

That said, despite the solid start to the year and the increase in short-term contracts, the company isn't adjusting the full-year outlook it provided last quarter. Instead, Orbital ATK still sees revenue in the range of $4.55 billion to $4.625 billion, which is up 3% from last year at the midpoint. Meanwhile, it anticipates that earnings will be in the range of $5.80 to $6.20 per share, which represents a 20% increase at the midpoint.