This outstanding business has many years of outsized growth still ahead.

If you're a 40-year-old investor, you're probably not planning on retiring for another 20 years or more. While that may be bit of a downer for those looking forward to the freedom retirement can bring, the positive is that it gives you more than two decades to grow your investments as you prepare for that fateful day.

Well-chosen growth stocks can help you maximize your multidecade investment timeline, as you're better able to ride out their inherent volatility in order to reap outsized gains. And few stocks posses better long-term growth prospects than Netflix (NFLX 0.83%). 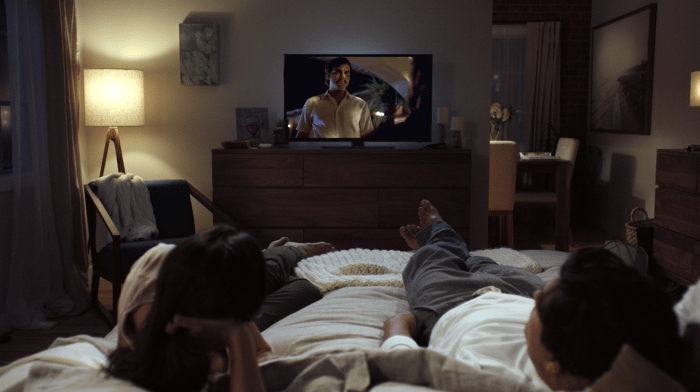 No company has benefited more from the cord-cutting trend than Netflix. On its way to amassing more than 100 million subscribers, Netflix's stock price has exploded higher over the last half decade -- to the tune of more than 1,300%. 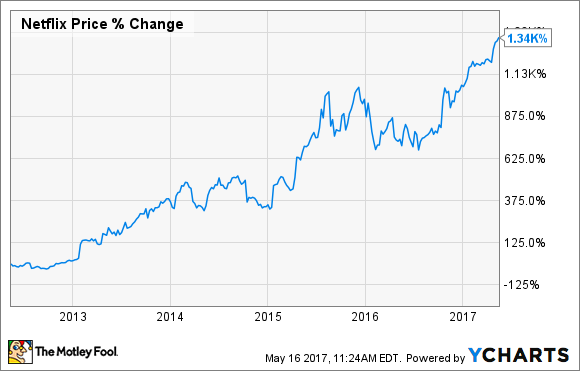 More important for today's investor, though, is that far more gains lie ahead. With its international expansion largely complete, Netflix's streaming service is now available in over 190 countries, making it the first truly global Internet TV business -- a position that should allow the company to grow steadily for many years to come.

Netflix's early international subscriber growth figures have been impressive. In fact, Wall Street analysts have ratcheted up their growth estimates in recent weeks, as customer surveys showed that consumers in major international markets such as Germany and India prefer Netflix over local providers.

Netflix also just recently made inroads into the biggest international market of them all: China. It agreed to a licensing deal with iQiyi, Baidu's (BIDU -0.14%) video streaming service. iQiyi is the most popular video streaming platform in China, with 500 million monthly viewers for its free service and 20 million paid subscribers. And while the terms of the deal were undisclosed, Netflix no doubt stands to benefit from the brand exposure that gaining access to iQiyi's massive user base will provide.

All told, Netflix added 3.5 million international streaming subscribers in the first quarter, which -- when combined with the 1.4 million U.S. streaming customer it also aquired -- helped boost its total customer count to 102.7 million, signifying year-over-year growth of 19%. Yet even at those levels, Netflix's user base still represents only about 12% of the 884 million fixed broadband subscriptions in existence worldwide as of the end of 2016, according to the United Nations' International Telecommunications Union, and less than 3% of the more than 3.6 billion mobile broadband subscriptions.

Moreover, CFO David Wells noted during Netflix's earnings conference call that the company's global subscriber count could ultimately approach "multiple hundreds of millions" if it can achieve international market penetration rates anywhere near that of the U.S. That leaves plenty of growth left for Netflix -- and for investors who buy shares in the internet TV titan today.

Still, many investors may balk at Netflix's apparent nosebleed valuation. With Netflix's stock trading at more than 200 times trailing earnings and 80 times forward earnings, these concerns are understandable. However, Netflix's earnings are being depressed by the massive investments it's making in expanding its content library and furthering its growth initiatives.

To be clear, an investment in Netflix does require a steadfast belief that the company will ultimately claim the lion's share of the global online video streaming market -- which is expected to exceed $70 billion by 2021, according to a report by Markets and Markets -- and that Netflix will eventually be able to scale back on its growth investments, thereby significantly boosting its profit margins and cash-flow generation. Should this scenario play out, Netflix's current stock price could prove to be a far better bargain than just a passing glance at its traditional valuation metrics would have you believe, and investors who buy shares today will likely be well rewarded in the years ahead.