The financial media, including many of our Foolish colleagues, panned the March announcement that Intel was paying $15.3 billion to buy Mobileye N.V. (NYSE: MBLY). However, the big premium resulted in 30% overnight returns for recent buyers and has seen anyone who bought shares earlier this year enjoying gains of more than 60%.

Instead of debating whether Intel overpaid or made a smart move, we asked our contributors to describe three stocks that could also deliver Mobileye-like returns if they are targeted for acquisition. They offered up recent Alcoa spinoff Arconic Inc. (NYSE:ARNC), and two recent tech IPOs that could be better off as part of a bigger company in GoPro Inc. (NASDAQ:GPRO) and Fitbit Inc. (NYSE:FIT). 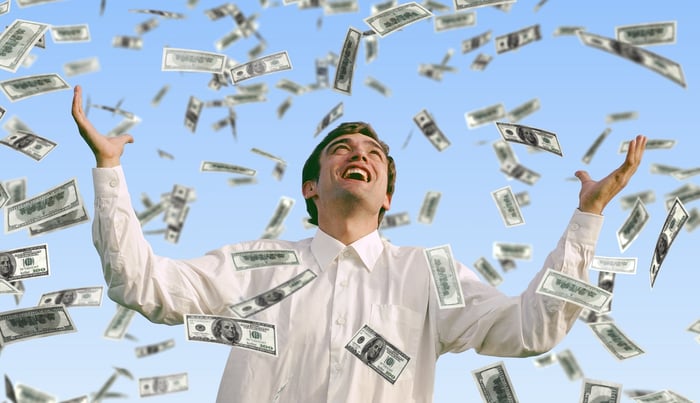 Not only is there acquisition upside for these three stocks, but there's also something to like about the businesses behind them. Keep reading to learn why they stood out to our contributors.

Neha Chamaria (Arconic): Mobileye wasn't really a red-hot tech stock until Intel bought it out. So when I was asked to pick a stock with Mobileye potential, Arconic, the company that was separated from aluminum giant Alcoa late last year, came to mind right away. The reason: There's a chance Arconic might be put up for sale. And if it isn't, there's a chance management will pull out all the stops to improve Arconic's margin to win investor confidence back, which could drive the stock higher.

To the first point, Arconic has been a high-drama stock of late, with management at loggerheads for several months now with activist investor Elliot Management. Arconic CEO Klaus Kleinfield -- who also formerly led Alcoa and oversaw the Arconic spinoff -- has stepped down, and the bitter battle between management and Elliot is apparently over.

But you can never fully predict an activist investor's motives or moves, and Elliot Management has had a history of selling companies or parts thereof after acquiring representation on their boards. It has already put four companies up for sale just this year. Also, Berkshire Hathaway's purchase of Arconic competitor Precision Castparts for 3.3 times its sales last year has been a talking point for some time, with Elliot pushing erstwhile Alcoa management to bring what is now Arconic's margin to Precision's levels. With automotive and aerospace increasingly adopting lightweight aluminum components and parts, Arconic has tremendous growth potential.

I wouldn't be surprised to see Elliot Management now focused on turning Arconic's business around to improve its competitive position in the industry and then maybe even propose to sell it. Either or both these developments could have Arconic stock sharing Mobileye's trajectory.

GoPro is better off getting bought

Reuben Gregg Brewer (GoPro): As with Mobileye, a buyout could happen at GoPro. That said, GoPro is a troubled company, bleeding red ink and burning through cash.

GoPro made its name selling high-end cameras meant to film "extreme" activities. It's a niche product -- some might say a fad. But GoPro has a great name brand and a loyal following. A larger company in either the technology or consumer product space could add the brand to a broader portfolio without much trouble, and without the need to reach beyond the niche GoPro products currently serve -- a task that is basically behind GoPro's current struggles.

Despite six consecutive quarters of red ink, with more likely, GoPro has no long-term debt to complicate a takeover. But with a cash balance of $75 million, down from roughly $190 million a year ago, it's getting to the point where something has to happen. Founder and CEO Nicholas Woodman controls roughly two-thirds of voting power at GoPro, so there's probably an ego thing going on. But with cash running out, throwing in the towel and cashing out could start to look increasingly desirable.

As fellow Fool Leo Sun recently noted, GoPro is no longer seen as an innovative company. That means it's just a name brand at this point. But that brand could really shine at a larger company. With cash running short, GoPro could soon find it has little choice but to sell itself.

Jason Hall (Fitbit): As an avid Fitbit user, I still think the company's products have a lot going for them, and I'm also convinced that wearables are only going to continue getting more capable and functional over time. After all, a current $150 wearable the size of a small watch already has more computing power than a $2,000 home computer did a couple of decades ago, and that doesn't even include all the amazing sensory capabilities. Fast-forward another few years, and these devices will be light-years more functional than they already are today.

But as a shareholder and someone who has followed the company more closely in recent quarters, I have reservations that it will be able to go it alone, especially considering the company competes against much bigger, better-capitalized players in the space. That list includes Apple, with its entire ecosystem of iGadgets and loyal users (including myself); performance athletics apparel company Under Armour, which has made a big push into wearable tech; and Garmin, a more diverse company that sells wearables along with a broad range of other special-purpose GPS devices.

Furthermore, wearable sales have proved to be very cyclical so far, with Fitbit seeing sales fall sharply in recent quarters and profits become losses. If this cyclicality continues, it could make it even harder for the company to be successful without other product categories to help smooth out the lumpiness of its sales.

But with that said, Fitbit probably doesn't need to be acquired. It generates positive cash flows from its operations, though it has consumed more cash than it has generated the past couple of years, largely from investments in future growth.

I'll continue to hold my shares because I love the product and prospects for wearables, and Fitbit is a solid company and industry leader. And with the stock at 0.63 times sales, I'd be more likely to buy than sell. At the same time, I think that also makes it an attractive buyout target, and a Mobileye-like premium would still be a reasonable price to pay. That suggests decent upside for investors.