It's difficult to read anything about virtual reality, artificial intelligence, graphics processors, or the tech sector in general without hearing about NVIDIA Corporation (NASDAQ:NVDA) -- and most of it is good news.

Here are just a few headlines I pulled from various financial websites about NVIDIA's rise over the past few months:

For investors wondering what all the NVIDIA buzz is about, here's why the company is garnering so much attention right now, and why it's poised to stay on its current growth trajectory. 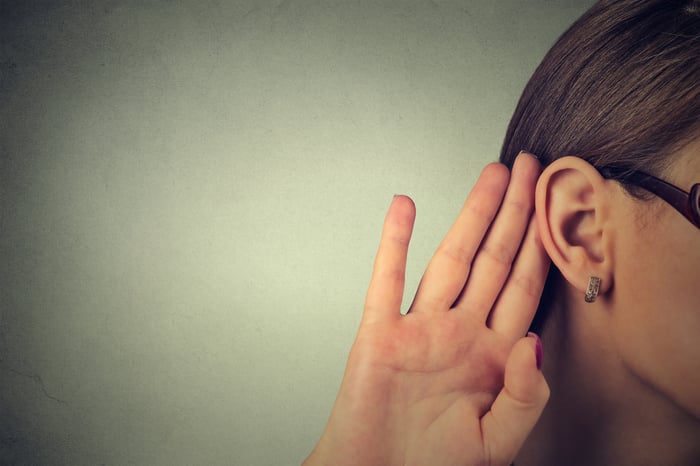 Why NVIDIA is getting so much attention

The first thing to note is NVIDIA's meteoric rise in share price gains over the past 12 months, which is up more than 200% over the past year and up 152% since the beginning of this year.

As amazing as these gains are, it's even more impressive that the stock still received a buy rating from at least 10 analysts as it trades at 43 times its forward earnings. 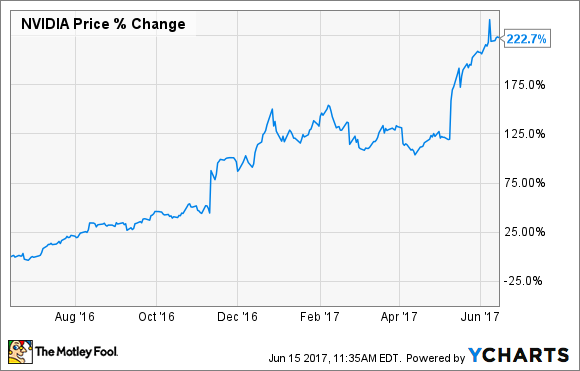 So why shouldn't other investors just pat current NVIDIA investors on the back for making a solid choice and move on to the next big tech stock opportunity? Because there are at least three key opportunities for NVIDIA has that still haven't fully been realized: virtual reality, artificial intelligence, and autonomous cars.

Why you'll likely hear more about this company

First up is NVIDIA's ongoing opportunity in the rising driverless car market. We're still only in the early stages of this segment, but NVIDIA is already on its second generation autonomous car supercomputer that processes images for driverless cars and gives them situational awareness.

The computer is called Drive PX 2 and it's already being used or tested by 225 automakers and researchers, which is a 50% increase in just the past quarter. NVIDIA is increasingly becoming a driverless car leader with Drive PX and its high-powered GPUs in a market that's expected to expand to $77 billion by 2035. NVIDIA only earns 7% of its total revenue from its automotive segment right now, which leaves the company wide open for more growth.

NVIDIA is also using its GPUs to power some of the most sophisticated artificial intelligence data centers available today. The company has already partnered with Facebook, Alphabet, Amazon.com, Microsoft, and others to help build out AI systems and NVIDIA's total addressable market in AI could be as high as $10 billion.

NVIDIA CFO Colette Kress said on the company's first-quarter 2018 earnings call, "AI has quickly emerged as the single most powerful force in technology. And at the center of AI are NVIDIA GPUs." The use of NVIDIA's GPUs for AI helped the company triple its data center revenue in the most recent quarter and the company expects AI to expand into an even more important part of its business.

Finally, NVIDIA has a growing opportunity to benefit from the nascent virtual reality market. The company's GPUs are playing an increasingly important role in VR because they can process lots of high-quality image information very quickly. NVIDIA has already released VR-ready processors for desktops and laptops, and should benefit from its 72.5% share in the discrete desktop GPU market.

The company already has a suite of tools aimed at helping developers build VR applications with its processors and just announced a new device, called Project Holodeck, that allows users to interact with each other and information in a photorealistic VR environment. VR is projected to reach a market size of about $34 billion by 2022 and NVIDIA's current virtual reality pursuits, and its GPU market share, put the company in a perfect position to benefit.