While Orbital ATK (NYSE:OA) was up against a tough comparable quarter, its second-quarter results came in ahead of its expectations. Consequently, the company is on track to exceed its initial guidance, which led it to boost its full-year outlook. 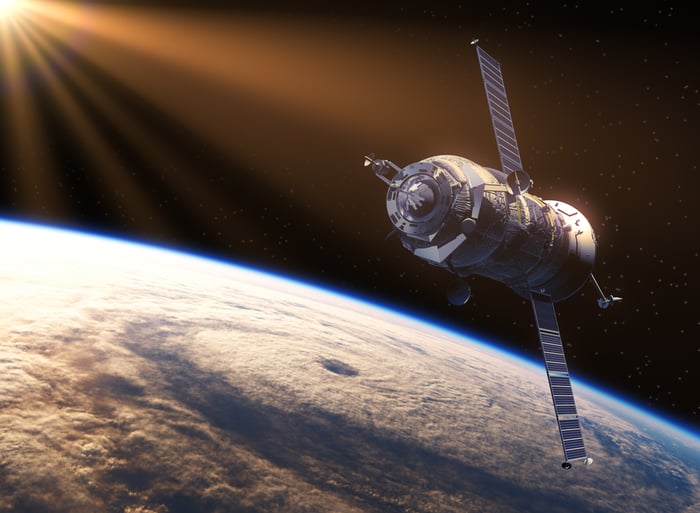 Orbital ATK was up against some tough comps again this quarter.

The second quarter results reflected good top-line growth, considering the temporary Lake City headwind, as well as solid margin performance. At the midpoint of the year, the company is performing well both financially and operationally and is meeting or exceeding our annual plan. As we move to the second half of 2017, we expect revenue and earnings to accelerate and our schedule of operational milestones to trigger significant free cash flow.

As Pierce notes, the company performed well during the quarter as sales rose despite the fact that the temporary production slowdown at Lake City clipped $40 million from its top line. As a result of its solid showing, the company enters the second half in an excellent position to deliver accelerated revenue and earnings growth.

In fact, according to CEO David Thompson, "based on our strong results in the second quarter and a positive outlook for the remainder of the year, we are on track to exceed our initial financial objectives for 2017." Because of that, the company is increasing its full-year outlook. It now sees revenue coming in between $4.6 billion and $4.65 billion, which is up from the range of $4.55 billion to $4.625 billion it provided earlier this year. Likewise, it sees earnings rising from its prior guidance range of $5.80 to $6.20 per share to a new range of $5.95 to $6.25 per share.

Orbital ATK's Earnings Land Ahead of Expectations, Setting It Up for a Strong Finish @themotleyfool #stocks $OA Next Article
Current