Most of us have known folks who had the good fortune to inherit great stocks. Companies fall by the wayside all the time, but some have endured for years and years -- and continue to reward their investors even today.

Those are heirloom stocks, the kind we'd all be very happy to inherit. But what are the heirloom stocks of the future, the stocks we'd like to leave our beloved descendants? We asked three Foolish investors to each tell us about a stock they see as having true heirloom potential. Here's why they like The Walt Disney Company (NYSE:DIS), Amazon.com (NASDAQ:AMZN), and Stanley Black & Decker (NYSE:SWK).

This kingdom is built to last

Keith Noonan (The Walt Disney Company): Take a moment to think about how much life has changed since the 1920s. Charles Lindbergh made the first solo trans-Atlantic flight in 1927, and, today, we're looking at the dawn of commercial space travel. You can purchase detailed records of your ancestry through a variety of competitors that store and transmit the information to the handheld computing device of your choice -- thanks to the revolutionary connectivity platform known as "the internet." Yet, even with all of the radical shifts that have taken place and the generations of people that have come and gone, Mickey Mouse still stands as one of the world's most valuable intellectual properties. 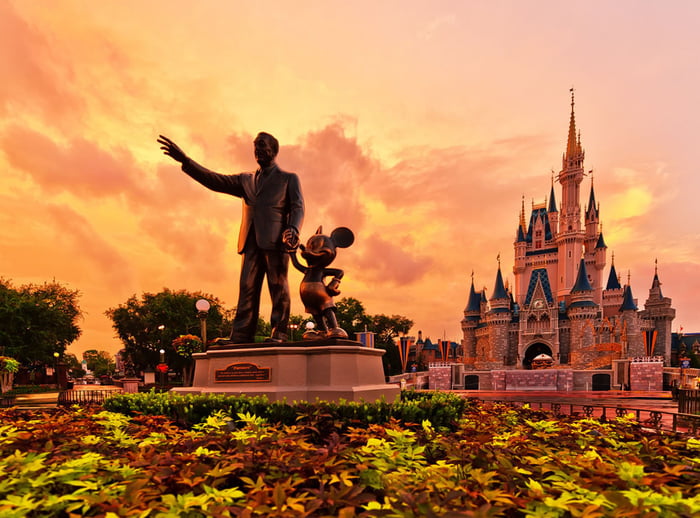 Created by Walt Disney and Ub Iwerks in 1928, Mickey will celebrate his 90th birthday next year -- and do so in superb health. That incredible longevity says something profound about the power of great characters and also points to an advantage that makes The Walt Disney Company a stock to own forever. Between Star Wars, the Marvel universe, and a treasure trove of other characters and stories that's far too deep to dive into here, no other entertainment company even comes close to matching Disney's stable of viable entertainment properties.

So, while the company's ESPN channel and broader media networks segment are currently under pressure due to cord-cutting trends and some investors are worried about Disney's ability to find success with its own streaming-video platforms, I think it remains a top stock to own forever -- and one that looks like an attractive buy trading at roughly 17 times forward earnings.

A tech giant built to thrive

Steve Symington (Amazon.com): Given the increasing pace at which technology is changing the world, it might seem crazy to recommend any tech stock as one you could pass down between generations. But if there's any tech company that will survive and thrive for decades to come, I think it's Amazon.com.

For one, the online retail juggernaut is still growing at a stunning rate even from its enormous base -- and not just from its ongoing disruption of the traditional retail market. Revenue last quarter alone increased 25% year over year to $36.5 billion, thanks to a combination of 17% growth in product sales to $24.75 billion and 42% growth in services revenue to just over $13.2 billion. And within the latter, Amazon Web Services (AWS) revenue climbed 42% to $4.1 billion, leaving the promising young segment operating at an annual run rate of just over $16 billion. This is a massively impressive feat considering AWS already commands a roughly 40% share of the cloud computing market, and that IDC estimates this market is on pace to grow at a rate of "just" 25% this year. Over the longer term, Amazon founder and CEO Jeff Bezos believes AWS could easily be the company's biggest business -- an assertion bolstered by research firm Gartner's recent prediction that there will be a $1 trillion shift in IT spending away from traditional hardware and software and toward cloud-computing solutions in the coming years.

That's not to mention Amazon's impending acquisition of Whole Foods Market (NASDAQ:WFM), with which many industry watchers believe Amazon will upend the grocery aisle using more seamless, high-tech solutions. Amazon also has its sights set on potentially changing the way we buy cars through its launch of Amazon Vehicles last year -- yet another move that calls into question whether there's any industry Amazon isn't brave enough to try and change for the better.

The best part? None of this should come as any surprise to early Amazon investors.

"We will make bold rather than timid investment decisions where we see sufficient probability of gaining market leadership advantages," Bezos wrote in his first annual letter to shareholders in 1997. "Some of these investments will pay off, others will not, and we will have learned another valuable lesson in either case."

All things considered, that's exactly the kind of company I want in my own portfolio over the long term, and one I would be happy to pass to my children.

An heirloom company on a growth path today

John Rosevear (Stanley Black & Decker): As "heirloom stocks" go, it's hard to beat a company that has paid its investors dividends without interruption for 140 years. Even better: It has increased those dividends every year for the past 49 years, and its CEO has it on a growth path today that should boost earnings (and that dividend) further over the next several years.

Stanley Black & Decker is best known as the world's leading maker of hand and power tools (which make nice heirlooms themselves). Less well-known is that it's also a leader in industrial fasteners used by manufacturers of automobiles and electronics, among others; and security and "access" systems, like automatically opening doors, which Stanley invented over 80 years ago. 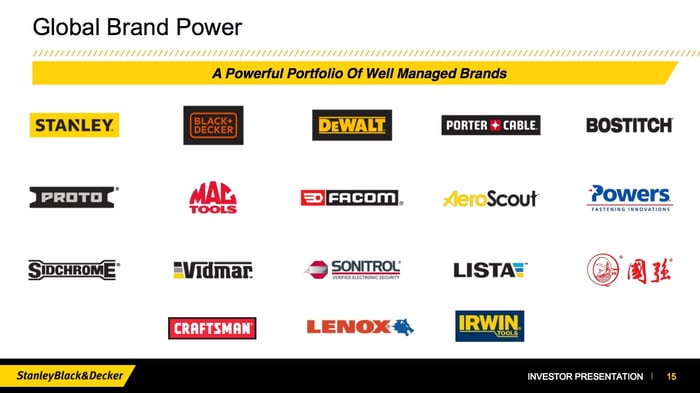 If you're a person who uses hand or power tools, you probably own and like products from at least a few of these brands. Image source: Stanley Black & Decker.

These are big, stable, solidly profitable, hard-to-disrupt businesses. But CEO Jim Loree isn't satisfied: He has a growth plan that aims to roughly double Stanley's revenue by 2022 (from $11.4 billion in fiscal 2016) through smart acquisitions and organic growth in its existing spaces. Loree has already made some important acquisitions, including the purchase of a gem -- the much-loved Craftsman tool brand -- from the struggling Sears Holdings early this year.

With a yield of about 1.8% at current prices, Stanley's dividend isn't particularly rich. But again: It's steady, it has grown slowly but consistently for decades, and if reinvested, it'll give your holdings a nice boost over the long haul. Like the company's sturdy hand tools, Stanley's stock isn't flashy. But it's just the kind of thing that could make for a wonderful heirloom someday.