The four biggest banks in the country control a combined $3.6 trillion in assets under management.

Managing other people's money is what banks do, but this task extends beyond just overseeing deposits and making loans. Another major source of revenue that universal banks look to comes from wealth management -- i.e., helping people oversee their investments.

This is big business for banks, as you can see by looking at the assets under management held by the nation's four biggest banks at the end of the third quarter:

Assets under management may not be a term that the average investor is familiar with. It refers to assets that a bank, or other type of financial-services company, oversees for clients, as opposed to itself. The clients own the assets, in other words, but the company administers them on their clients' behalf.

Take JPMorgan Chase, as an example. It currently has $2.6 trillion worth of assets on its balance sheet. The largest share of these are loans, which account for about $900 billion. Cash equivalents -- including deposits at other banks -- come next, followed by fixed-income securities held by JPMorgan Chase.

These figures alone make JPMorgan Chase seem large, but you don't get a true sense for the bank's might until you also consider that it also oversees $2 trillion worth of assets under management, as well as $23 trillion in assets under custody. 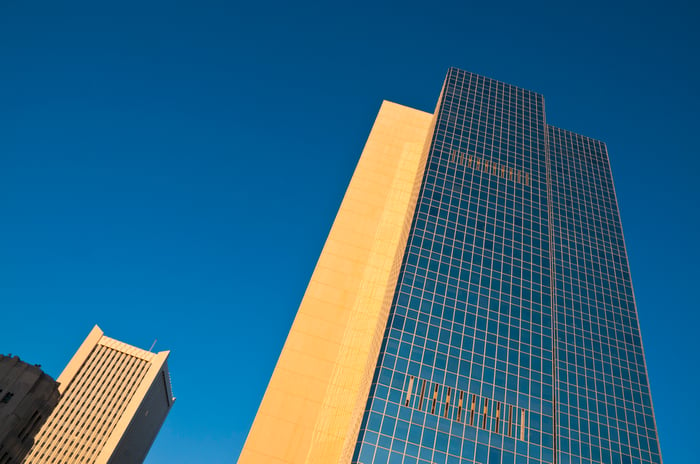 The same is true for other banks, though to a less significant degree. 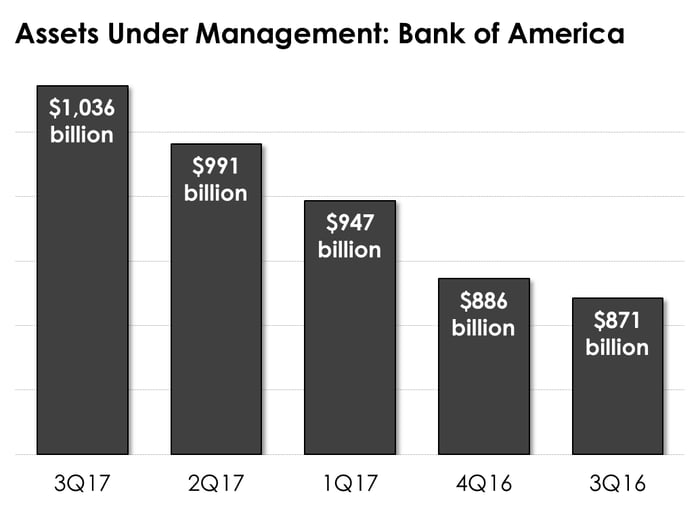 These so-called off-balance-sheet assets are particularly attractive to banks, as the revenue and income from them tends to be stable. This contrasts with trading revenues, which can fluctuate widely, as was the case in the latest quarter. JPMorgan Chase, for instance, saw its fixed-income trading revenues fall 27%, while Citigroup's and Bank of America's were off 16% and 15%, respectively.

Additionally, unlike the loans that banks hold on their balance sheets, assets under management don't expose a bank to credit risk -- that is, the risk that a borrower will default. This is a major risk that can cost a bank like Bank of America or Wells Fargo billions of dollars in loan losses if proper risk management processes aren't in place.

With all of this in mind, it accordingly makes sense that banks are focused on growing their assets under management.