Ford Motor Company (NYSE:F) unveiled a revamped version of the Lincoln MKX crossover SUV on Wednesday -- and in a surprise, the SUV's name is one of the things that Ford has changed: Starting with the 2019 model, the MKX will henceforth be known as the Lincoln Nautilus.

The decision to rename the MKX is an interesting move that bucks the trend toward alphanumeric names for luxury vehicles. What's new about the Nautilus, and what is Ford thinking with its name? 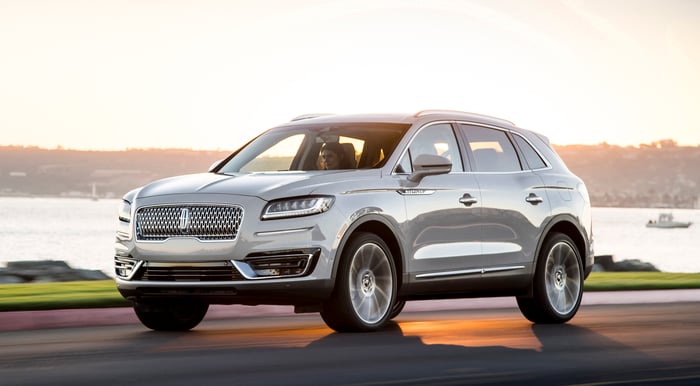 The 2019 Lincoln Nautilus is a revamped -- and renamed -- successor to the MKX. Image source: Ford Motor Company.

What's the difference between the Nautilus and an MKX?

Most automakers give their models an overhaul somewhere around or just past the halfway point in their lives, a process referred to as a "midcycle refresh" in the industry. Typically, the styling of the vehicle's front and rear "caps" will change, the interior might get some tweaks, and some new technology will be made available.

The idea is to keep the model competitive with newer entries for as long as possible, without spending the huge sums needed to change the tooling that makes the vehicle's body panels or underpinnings. While the Lincoln Nautilus gets an all-new name, the vehicle itself is -- in the industry's parlance -- merely "new," rather than "all-new": It's a midcycle refresh of the MKX.

So aside from the name, what's the difference between a 2019 Nautilus and a 2018 MKX? Here's the summary:

What isn't new: The sheet metal, aside from the front and rear "end caps"; the interior, aside from some small trim pieces; and the vehicle's underpinnings, which are largely shared with the Ford Edge.

Long story short: The new 2019 Lincoln Nautilus is a mildly refreshed version of the 2018 MKX with a new name. It'll begin arriving at U.S. Lincoln dealers in the summer of 2018.

For comparison, here's a 2017 Lincoln MKX. Look closely: The Nautilus's nose is different, but the rest of the SUV's body is unchanged. Image source: Ford Motor Company.

Why did Ford rename the Lincoln MKX?

The German luxury brands have long used alphanumeric names for their vehicles, in part because they require no translation: A BMW 335i (for example) can be given the same name (and same badges) whether it's sold in Germany, the U.S., or China. It's consistent around the world.

When General Motors decided that its Cadillac luxury brand would go global, it began following the Germans' practice, abandoning historic names like "Deville" and "Eldorado" in favor of confabulations like "CT6" and "XT5." Lincoln initially followed suit, dropping names like "Zephyr" and "Aviator" in favor of a particularly confusing mishmash, in which most models' names began with the letters "MK."

(How confusing was it? Your humble Fool, who does this for a living and follows Ford especially closely, had trouble keeping the different Lincoln model names straight.) 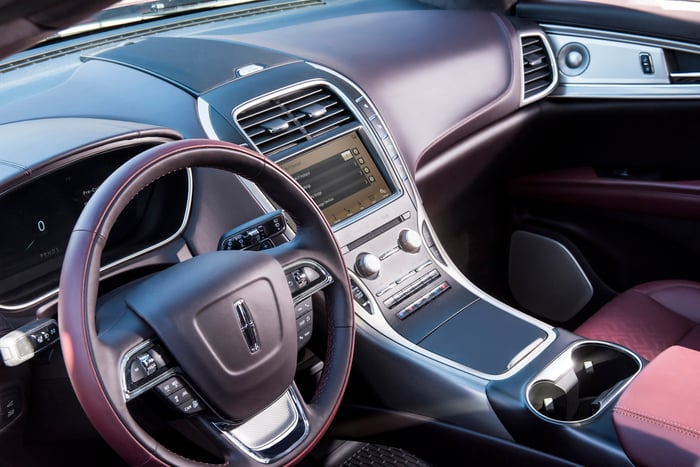 The interior of the Lincoln Nautilus is mostly unchanged from the MKX's. Image source: Ford Motor Company.

Ford executives hinted on Wednesday that customer confusion was a factor in their decision to revert to traditional nameplates. But I think there's another factor at work, too. I think that as Lincoln has gained more experience in China, it has come to see its (very American) historic model names as a potential asset there, rather than a liability. The big Continental sedan is sold in China as the "Lincoln Continental", and it has done well. Now comes the Nautilus, with a new name that "better reflects the ideas and attitudes of our clients," according to Lincoln president Kumar Galhotra.

Other Lincolns will soon get old-school names, too

According to an Automotive News report, the current Lincoln MKC crossover and MKZ sedan will also receive traditional model names with their next updates. (The MKZ was known as the Zephyr in an earlier incarnation; it's a safe bet that name will come back.)  The big Navigator SUV is still the Navigator in its all-new 2018 iteration. The remaining Lincoln, the slow-selling Ford-Flex-based MKT, will likely be replaced by an all-new large crossover SUV called the Aviator, the News reported. 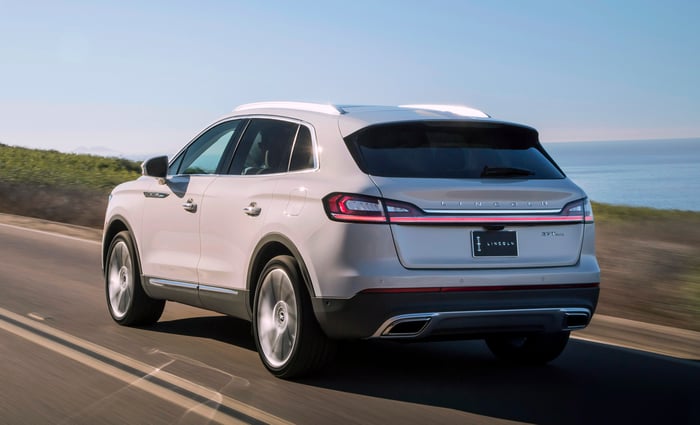 The takeaway for investors? Boosting Lincoln, seen as a way to help pad Ford's profit margins, has been a priority for Ford for a few years now. It's working: In what has recently been a soft market for luxury vehicles, Lincoln sales are up 2.4% in the U.S. and up 85% in China this year through October. If Galhotra thinks that going back to traditional model names is the right move to continue Lincoln's success, I'm not inclined to argue. ]