Shares of Glu Mobile (GLUU) soared 87.6% in 2017, according to data from S&P Global Market Intelligence, thanks to a combination of the free-to-play game specialist's optimistic financial guidance and positive commentary from Wall Street regarding its potential future bookings.

That's not to say it was a smooth ride up. Glu Mobile tends to be prone to volatility given the hit-based nature of its "freemium" gaming niche, and the stock started the year by falling as much as 15% following its weaker-than-expected fourth-quarter 2016 report in February. At the time, it had marked the company's sixth straight quarter of year-over-year revenue declines.

But keeping in mind that plunge followed drops of nearly 19% and more than 37% in 2016 and 2015, respectively, Glu Mobile shares began to surge in March as investors placed their bets that it had found a bottom and could take advantage of the continued proliferation of mobile games. 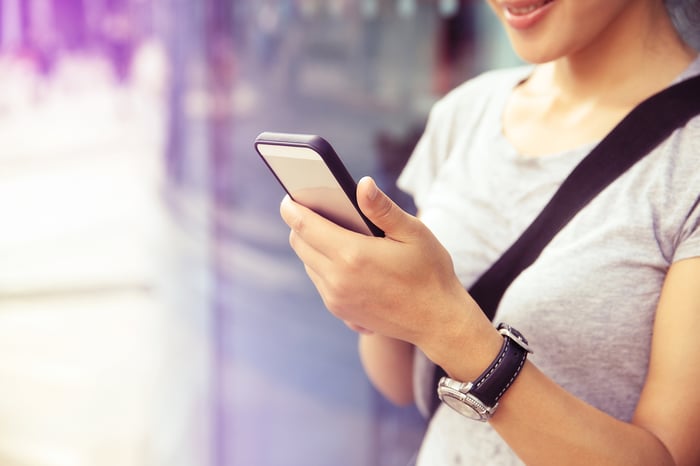 Glu Mobile's best gains came late in the year, including a more than 33% pop in the month of August as the company announced better-than-expected second-quarter bookings (up 62% year over year to $82.5 million) and increased its full-year financial guidance. For that relative strength, Glu Mobile credited the outperformance its Design Home app -- which it acquired in late 2016 -- as well as its MLB Tap Sports Baseball 2017 and Covet Fashion titles.

Perhaps most importantly, Glu Mobile had begun to embrace new rapid prototyping and efficient greenlight processes that, according to CEO Nick Earl, are "designed to produce potential hits."

All the while, Wall Street began to fall in love with Glu Mobile's potential. Shares accelerated their gains in October as Benchmark analyst Mike Hickey argued he was "cautiously optimistic" for the prospects of The Swift Life, a new social app that Glu Mobile developed by working closely with Taylor Swift.

Finally in December, Glu Mobile popped again after Roth Capital analyst Darren Aftahi increased his price target on the stock. Aftahi cited meetings with Glu Mobile management that left him encouraged by the potential for new augmented reality features within Design Home, as well as Glu Mobile's plans to enter new geographies in 2018 by creating localized versions of existing games.

As it stands, investors will need to wait until early next month before Glu Mobile management provides more color on its most recent financial performance, as well as its growth plans for the coming year. Given Glu Mobile's history of volatility, however, and with shares already up so much over the past year, I'm content to continue watching Glu Mobile's story unfold from the sidelines.