There's little doubt the primary technology behind bitcoin, ethereum, and a host of other cryptocurrencies -- blockchain -- has the potential to change the world. By creating decentralized ecosystems that can do everything from eliminating the need for third-party validation from banks and governments, to enforcing smart contracts, our world could look starkly different in 20 years thanks to blockchain.

I don't expect Riot Blockchain (NASDAQ:RIOT) or Siebert Financial (NASDAQ:SIEB) to be the primary vehicles enabling that future. But that hasn't stopped each company's stock from going parabolic over the past three months. 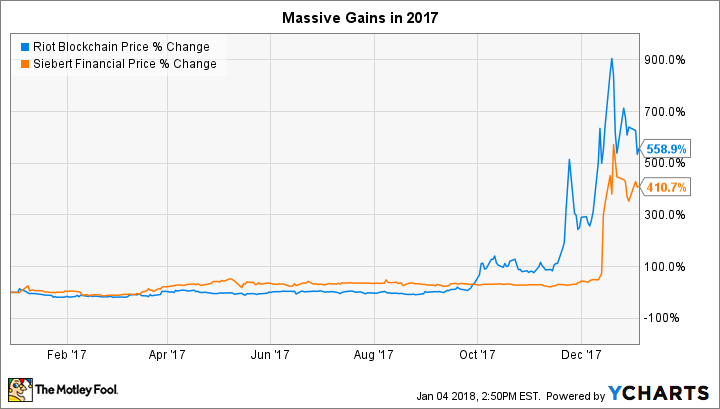 But on Oct. 4, management announced that it had both changed its name to Riot Blockchain and invested $3 million for a minority stake in Coinsquare Ltd. -- "a Leading Canadian Digital Currency Exchange," according to the company. At the time, Michael Beeghley was Riot's CEO, having just assumed the reins in April 2017.

A lot has changed since:

That's a lot to swallow.

You're partnering with... Overstock.com?

It might be hard to believe, but one of the biggest winners of crypto-mania is Overstock.com (NASDAQ:OSTK). Though the company has failed to deliver on the promise of its business model introduced almost two decades ago, the promise of investments in crypto has captivated investors. 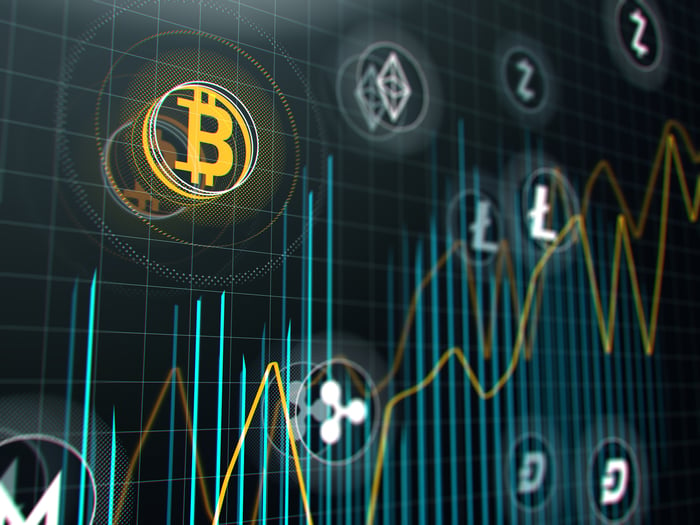 In mid-December 2017, Siebert Financial jumped on Overstock's bandwagon by signing a letter of intent to offer brokerage services through Overstock's portal. While the new service does offer pretty low trading fees -- between $1.99 and $2.99 per trade -- there was more to it than that. As fellow Fool Matthew Frankel pointed out, there's potential to "[use] the Overstock brand and Siebert's platform to... offer cryptocurrency trading at a lower price than competitors."

With all of the hype surrounding cryptocurrencies, it shouldn't be much of a surprise to see investors flocking to any company promising to make trading such currencies easier and cheaper.

Only invest what you're prepared to lose

I'll be the first to admit there's a chance that those buying shares now -- and planning to hold for the next decade -- could lock in enormous gains. But I think it's wise to only invest what you're prepared to lose entirely when it comes to Siebert and Riot.

On the surface, Riot is the more troubling of the two. The company is on its third CEO of the past twelve months, and for all of its operating history, functioned as a bio-technology stock. During the last reported quarter, the company brought in just $24,175. And yet, it is valued at over $280 million. The company will need to execute perfectly on any of its plans to justify such a price.

At least with Siebert, there are two known entities -- Siebert and Overstock -- operating in a fashion where they have at least some experience. At the same time, however, the price of trading securities has been falling for years, and I wouldn't be surprised to see any moat provided by these low prices dry up over time.

As for the crypto-trading platform, Siebert will have to compete with first-movers in the industry like Coinbase. And there's no telling how potential regulatory moves could change the landscape.

There is, at the very least, some downside protection with Siebert: the company's ho-hum brokerage platform produced $3 million in revenue last year and is well-established. At the same time, a valuation of over $335 million means that investors are expecting a lot out of this new partnership. Any signs that it might not fulfill those expectations and the stock could go reeling.