These stocks missed the rally. Find out why.

Wall Street did well on Monday, with the Dow climbing more than 300 points and other major benchmarks generally posting gains of around 1%. Positive comments over the weekend came from Warren Buffett, as the so-called Oracle of Omaha issued a letter to shareholders that included encouraging views of the stock market overall. Yet shares of some companies didn't manage to participate in the rally. Dean Foods (DF), Albemarle (ALB -1.83%), and SemGroup (SEMG) were among the worst performers on the day. Below, we'll look more closely at these stocks to tell you why they did so poorly.

Shares of Dean Foods fell 13% after the dairy specialist reported its fourth-quarter financial results. The company said that sales were down 4%, contributing to a roughly one-third drop in adjusted earnings per share. Dean Foods has worked to try to do what it can to get profits moving back in the right direction, including the implementation of cost-cutting programs and seeking to improve how it performs with its supply customers in the grocery retail business. Yet Dean's earnings guidance for the full year in 2018 was less than investors wanted to see. Until it can mount a better turnaround, Dean Foods could see further pressure. 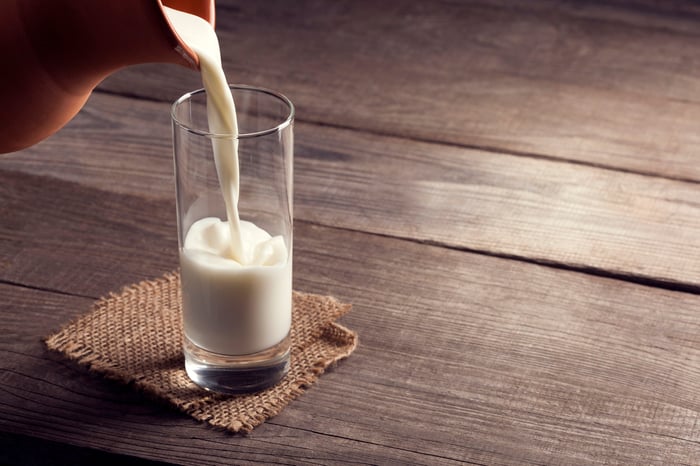 Albemarle stock dropped 7% in the wake of negative comments from a well-known Wall Street analyst company. Analysts at Morgan Stanley downgraded the chemical company from equal weight to underweight, cutting their price target on Albemarle shares from $100 to $85 per share. Morgan Stanley is concerned about pricing pressures in the key lithium market, where Albemarle has a leadership role, pointing to oversupply in parts of the market and overly high expectations about demand from electric car applications. Some still have high hopes for lithium and Albemarle's ability to profit from it, but time will tell whether the industry got too optimistic about the potential for the battery-component chemical to drive the company's results higher.

Finally, shares of SemGroup declined 9%. The Tulsa-based energy company said that it reversed a year-earlier loss, posting a modest profit in the fourth quarter of 2017 that stemmed largely from a one-time gain on sales of pipeline assets. SemGroup has done a good job of selling off non-core assets while also picking up new properties on the Gulf Coast, and its Canadian business has held up well. Yet despite the portfolio transformation and a substantial dividend payment that works out to a yield of more than 8%, investors seem unconvinced that SemGroup has done enough to turn the tide. Until conditions in the energy industry get clearer, SemGroup could remain under pressure.