The new Aviator has the potential to be a big deal for Ford, particularly in China, where Ford's sales have slumped recently, but also in the U.S. Ford is hoping that the Aviator will build on the success of its big brother, the smash-hit Lincoln Navigator introduced last year. 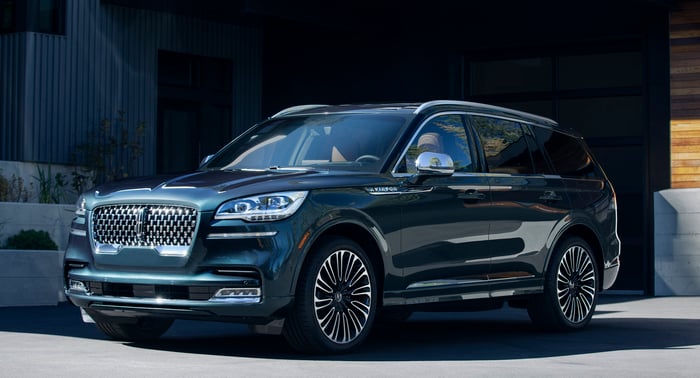 What it is: A luxury SUV with several surprises

The Aviator is a three-row (seven-passenger) luxury crossover SUV, but it's far from just another "me-too" product. For starters, it's a softer-edged, more elegant design than many of its rivals. That's no accident: At a preview earlier this year, Lincoln design chief David Woodhouse said he told the Aviator's design team to draw inspiration from a ballerina: athletic and strong, but not aggressive.

Lincoln executives say that's an important distinction. While General Motors (NYSE:GM) has put old rival Cadillac on a path to compete directly with the German luxury brands, Lincoln is going its own way. The Aviator, Woodhouse said, is the first Lincoln that fully captures Ford's long-term vision for the brand.

It's an interesting product technically, as well. The Aviator is built on an all-new platform that will underpin a number of other forthcoming Ford and Lincoln products, including an all-new Ford Explorer that's expected to arrive next year. But in another twist, it's a rear-wheel-drive platform -- something generally associated with vehicles designed from the ground up as luxury models, not Lincolns derived from mass-market Fords. (All-wheel-drive is available, of course.)

Inside, there are lots of the little touches that Ford has been building into recent Lincolns, including plush seats and an elaborate stereo system. There's also something new: The Aviator's alarm chimes aren't the usual electric beeps and boops -- they're tiny musical recordings made with the help of the Detroit Symphony Orchestra. 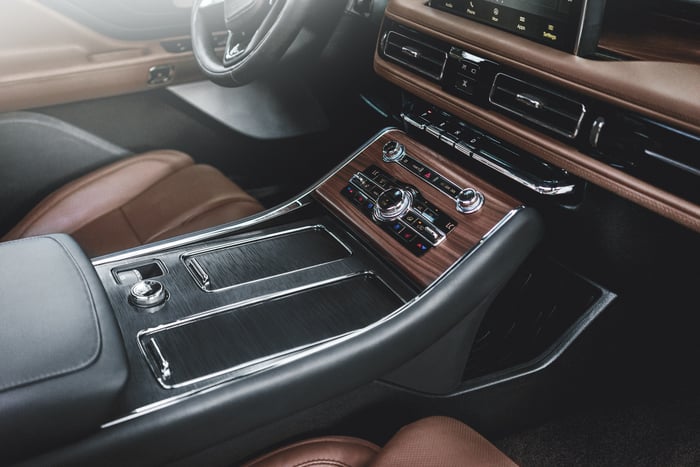 The hybrid Aviator Grand Touring has a few noteworthy features:

Ford hasn't yet released pricing, fuel economy, or range (for the plug-in hybrid) numbers for the new Aviator. Those will be made available closer to the vehicle's launch next summer. 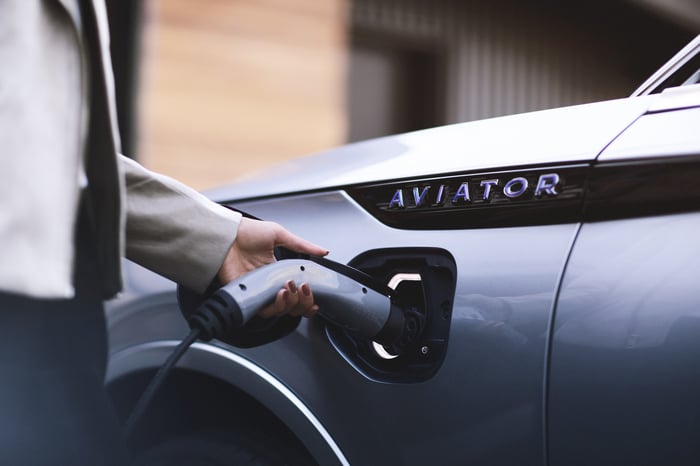 Why it's important: A high-profit growth path for Ford

What makes the Aviator a big deal? Take a look at this chart. 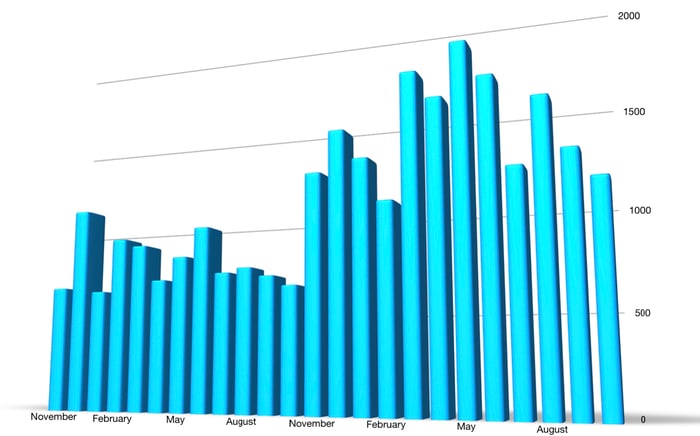 Sales of the big Lincoln Navigator SUV have surged since an all-new version arrived last fall. That's significant for a few reasons, starting with this one: The all-new Navigator is priced much higher than its predecessor. In fact, it's the first-ever Lincoln that can be optioned up over $100,000 -- and despite the price tag, Ford is selling a lot of loaded Navigators.

The Aviator builds on the formula that has made the Navigator a hit: a plush interior, lots of thoughtful features, and styling that's strong but not aggressive. The Navigator also is lauded for its great on-road ride and handling and quiet, solid feel. We'll have to wait a little longer to see if the Aviator gets similar praise, but I suspect it will. 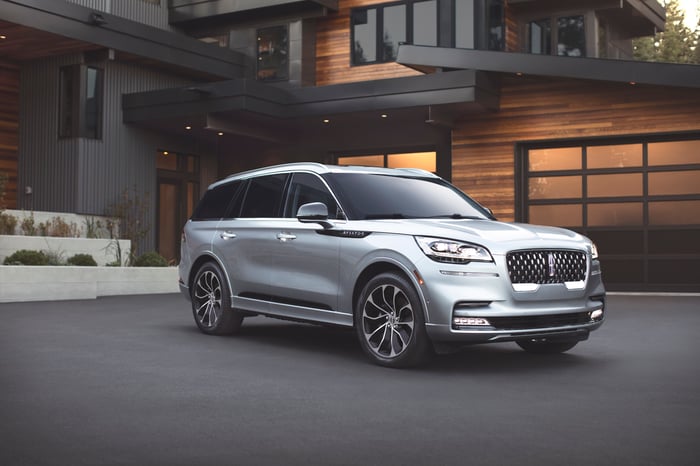 The Aviator is carefully styled to look smaller than it is -- but it's quite roomy inside. Image source: Ford Motor Company.

The takeaway: A potential much-needed hit for the Blue Oval

On paper at least, the Aviator checks all of the right boxes to be another big hit for Ford, following in the Navigator's footsteps. The Aviator has a particularly big opportunity in China. While Ford's sales in China are down 31% this year through October, Lincoln-brand sales are up 3% -- and market-wide demand for luxury SUVs has been strong.