Will one or more of these derail your retirement?

Retirement should be a time to enjoy life, but sadly it has become a time when many seniors face money troubles. These financial problems could range from run-of-the-mill budget shortfalls that make it impossible to splurge on nice trips or generous gifts for grandkids, to true financial disasters.

Unfortunately, certain events can trigger a financial crisis, or at least make retirees far less financially secure. The Center for Retirement Research at Boston College has identified three of the biggest risks retirees tend to face late in life, especially after 75.

Planning for these risks is essential to ensure that you can live the rest of your life comfortably. 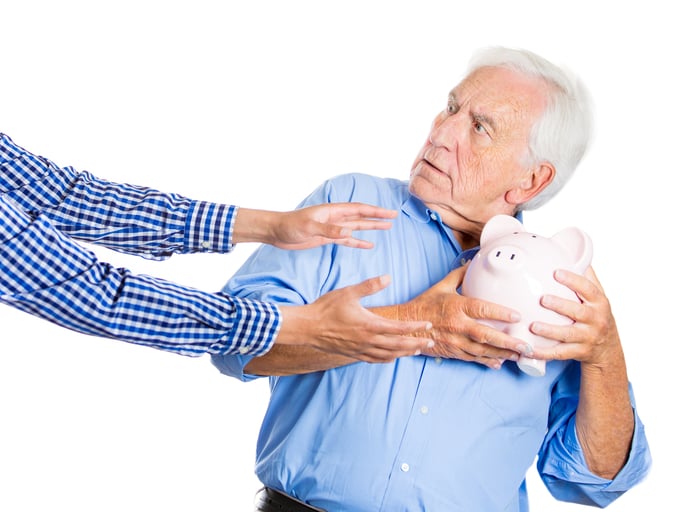 The good news is, the risk that widows will end up in poverty has declined.

The bad news is, while widowhood may not leave as many women in poverty as before, women may experience a more significant reduction in their standard of living upon the death of their husbands than in the past because of the design of Social Security benefits.

Widows have a choice of receiving the larger of their own benefit or their husband's survivor benefit. As the chart below shows, when women don't earn much relative to men, the jump up to receiving widow's benefits makes up for much of the income women lose when their husbands die and their Social Security check disappears. But when a wife's benefits are comparable to her husband's, switching to survivor benefits won't increase her benefit much -- so there's a huge drop in total household income upon the death of the husband. 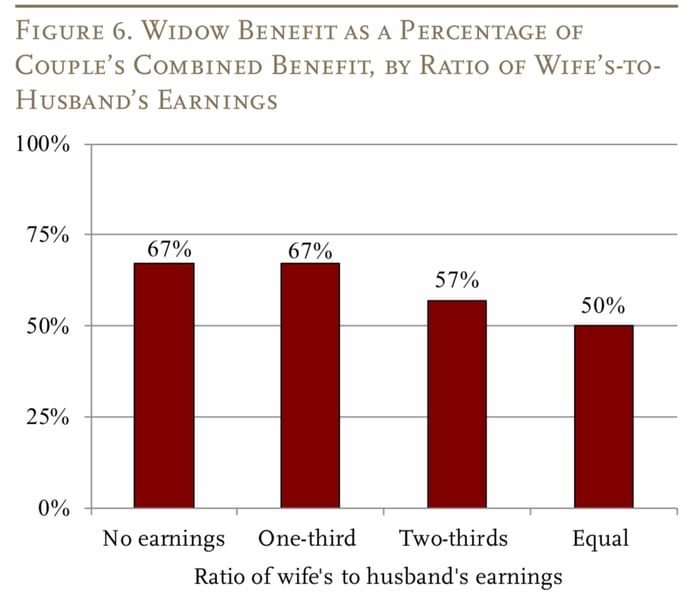 A bigger drop in income after a husband dies may not mean a widow is suddenly under the poverty level if her own benefits are reasonably generous. But it does mean she may experience a major decline in her quality of life in late retirement.

One way to reduce the chances that widowhood will make the surviving spouse much poorer is to maximize survivor benefits by making sure the higher earner delays claiming Social Security for as long as possible. Saving a big enough nest egg to provide a financial cushion for a surviving spouse is also essential, so whichever spouse lives longer doesn't have to struggle to get by on a smaller Social Security benefit without additional income from retirement investments.

Healthcare is a major concern for seniors, and costs rise in the later years of retirement. For most seniors 75 or over, out-of-pocket healthcare costs eat up about 20% of total household income. However, for 5 percent of senior households, standard care expenditures take more than half of their total income.

Seniors who need long-term care face an even worse situation. The average household incurs around $100,000 in total out-of-pocket medical expenditures from the early 70s on -- once long-term care costs are included. And households with spending in the top 5 percent incur close to $300,000 in care costs.

Spending on healthcare as a percentage of total household income also tends to rise dramatically, as this chart shows. 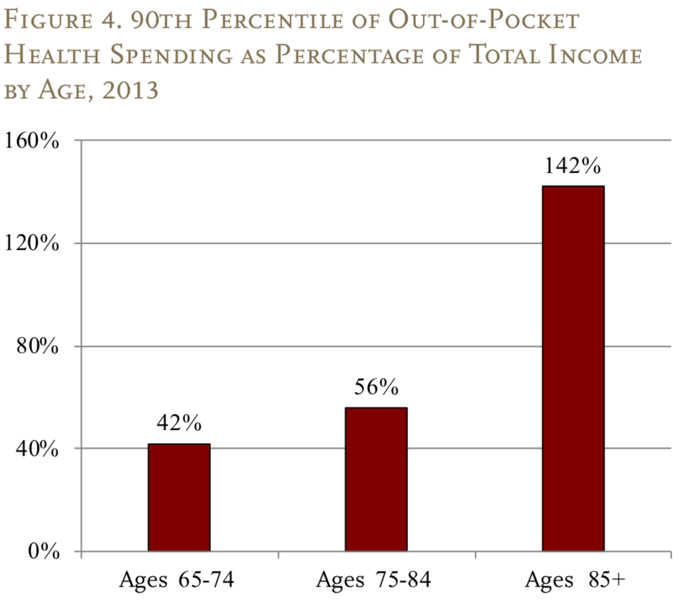 Planning for hundreds of thousands of dollars in healthcare costs is a major challenge. Seniors should choose the most comprehensive Medigap or Medicare Advantage policy they can afford if they expect to face serious health issues. Many older people should also consider long-term care insurance.

Investing money in a health savings account (HSA) throughout your working years can also help to ensure you have funds available to cover out-of-pocket expenditures during your later years.

Lastly, seniors are at risk of financial shortfalls if cognitive decline makes them less capable of managing money.

As an ever-increasing number of seniors rely on 401(k) or IRA accounts for retirement income instead of a defined-benefit pension plan, there's increased risk of losing money due to cognitive decline, because entire investment portfolios are in danger of fraud.

Unfortunately, the Center for Retirement Research says, the ability to effectively manage money begins to decline for many seniors by their 70s. What may begin as small mistakes, such as forgetting to pay bills, can quickly turn into large-scale financial disasters as further mental decline happens and conditions such as dementia become more common. Seniors who develop dementia and who have no assistance in managing funds are 7 percentage points more likely to experience financial hardships defined as severe -- such as not being able to pay housing bills or food costs.

Compounding the problem is the fact that seniors are much more likely to be targets of scammers than their younger counterparts. Cognitive decline plus aggressive targeting by thieves has resulted in a startling one in six seniors losing funds to fraudulent investment schemes.

Seniors can reduce the risk of financial loss due to cognitive decline by making arrangements with trusted family members or younger friends early in retirement. A springing power of attorney allows older people to maintain control over their own financial situation while designating someone they trust to assume authority in the event of mental incapacity.

Creating a revocable trust and designating a trusted person as a backup trustee is another solution, although a more expensive and difficult one to establish.

Planning for these three financial risks is imperative

Almost every retiree is likely to experience one or more of these financial risks while aging. It's important to plan for them while you're as young as possible to mitigate any damage from cognitive decline, widowhood, or high healthcare costs. Put a plan in place today, whether you're retired already or still working with ample time to save, to meet the needs of your spouse and you in retirement.