Stocks started the week on a positive note Monday in the absence of major economic news. The Dow Jones Industrial Average (^DJI 0.08%) and the S&P 500 (^GSPC -0.40%) both rose, and advancing issues on the New York Stock Exchange outnumbered declining ones by more than 2 to 1.

As for individual stocks, Fidelity National Information Services (FIS -0.21%) is merging with Worldpay (WP), and a safety probe of Boeing (BA -2.48%) intensified. 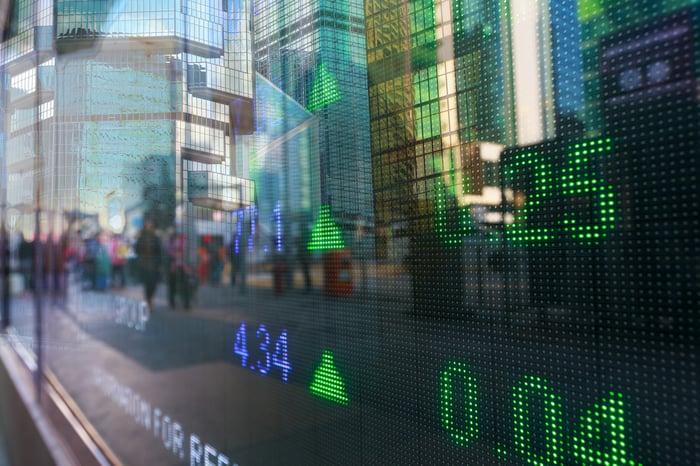 Fidelity National Information Services, also known as FIS, is buying Worldpay in a $33.5 billion cash-and-stock deal. The merger creates a fintech giant by combining Worldpay's payment processing with FIS' business of providing financial services to banks and retailers. Shares of Worldpay rose 10% and those of FIS fell 0.7% on the news.

The deal echoes the merger of Fiserv and First Data, announced in January and creating another strong competitor in the payments space. Financial companies have been threatened by fintech upstarts like Square and Q2 Holdings, prompting hefty price tags for mergers as the industry consolidates.

Shares of Boeing fell again, dropping 1.8% after The Wall Street Journal reported that the probe into recent crashes of the 737 MAX 8 has expanded, with federal prosecutors launching a criminal probe into the plane's development and approval processes.

According to WSJ, a grand jury in Washington, D.C., issued a broad subpoena for documents and correspondence related to the development process of the 737 MAX 8. It was sent a day after the tragic crash of an Ethiopian Airlines jet that killed all 157 people aboard. Ordinarily, investigations of aircraft safety issues are handled as a civil matter by the inspector general of the Department of Transportation. The fact that the Justice Department is involved raises even more concerns about the approval process for the company's popular airliner.

The Ethiopian crash is the second one in recent months, following a Lion Air crash in Indonesia in October. Boeing stock recovered after that tragedy but is now down 12% since the latest crash.