Looking for big yield outside of the energy sector? These three stocks could power your portfolio.

ExxonMobil stock packs a chunky 4% dividend and is backed by a dependable business that has allowed the company to increase its payout annually for 36 years running. That's an attractive profile, and it's no wonder the oil giant is a favorite among income-focused investors, but it's also far from being the only great dividend play in town.

We asked three Motley Fool contributors to profile a stock that tops Exxon's yield and has other characteristics that make it worth exploring as an income investment. Here's why they identified WestRock Company (WRK -0.29%), Cedar Fair (FUN -0.22%), and AT&T (T 0.16%) as worthwhile high-yield stocks. 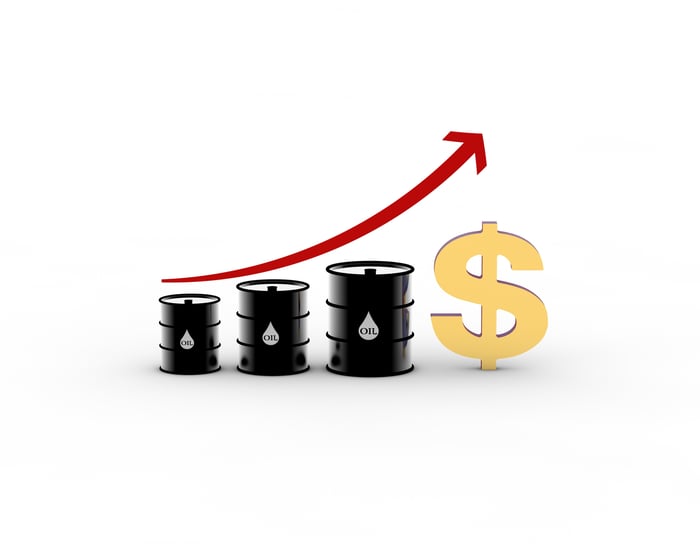 What's in the box? Dividends!

Rich Smith (WestRock Company): I have a theory -- and bear with me here -- but I think Amazon.com is just a terrific company, dominating in retail and soon likely to dominate in package delivery as well.

I just won't pay 89 times earnings to own it.

And yet, I don't want to miss out on the Amazon phenomenon entirely -- and maybe you don't, either? Well, in that case, I think WestRock stock could be a fine proxy for Amazon, and a better dividend payer to boot.

Think about it: How does Amazon.com get packages to your door? In boxes, of course. And who makes those boxes? Well, a lot of them come from WestRock, which grew its sales 11% last quarter. It's just that, at less than 11 times earnings, WestRock stock is a whole lot cheaper way to capitalize on Amazon's success, than by buying Amazon stock per se.

I know, I know. Analysts are forecasting a big drop in earnings at WestRock this year -- all the way from $7.34 a share earned last year to $3.66 a share earned this year. But according to data from S&P Global Market Intelligence, these same analysts see WestRock's earnings spiking 20% higher in 2020 ($4.38 per share) and then rising another 41% in 2021 ($6.21 per share). That's some pretty impressive growth for a cardboard box company.

I also wouldn't be surprised to see WestRock grow its dividend yield -- currently better than twice the market average at 4.8% -- as its profits boom. And with a payout ratio of less than 50%, I see WestRock having ample room to maintain and then grow that dividend in the years to come.

Keith Noonan (AT&T): AT&T's dividend sports a 6.5% yield that trounces Exxon's, but as with anything in life, there are some trade-offs. The most obvious one here is that the oil company is posting better earnings momentum. Shareholders know that the telecom giant's recent earnings reports haven't provided much to be excited about, as declining subscribers for the company's video and wireline businesses have combined with pricing pressure in mobile to create sluggish performance.

With untapped opportunities in shale gas, big output from the Permian Basin, and opportunities off the coast of Guyana, Exxon's near-term growth picture has more explosive catalysts than AT&T. That said, the telecommunications company could have big catalysts of its own -- even if their impact on the bottom line takes a bit longer to materialize.

While oil companies can benefit from new discoveries and drilling booms, AT&T and the telecom sector could be positioned to benefit from the data boom. The rise of 5G and Internet of Things (IoT) technologies will bring billions of devices into the connected world. That should present AT&T with a bevy of new connectivity and service opportunities and help energize the company's growth engine.

Providing network service for wearables, smart cars, and industrial and urban IoT devices could be just the opening hook for the company into providing data and analytics services. The company can also use its strength in internet network service to bolster its big push into entertainment content, packaging streaming entertainment with its wireless service packages and using its unique position as a distributor and content provider to harness data for highly targeted advertising.

AT&T's big yield is an attractive quality for long-term shareholders, and the stock has some underappreciated opportunities that make it a good buy as it trades at roughly 8.5 times this year's expected earnings.

Buckle up for this 7% yield

Demitri Kalogeropoulos (Cedar Fair): Weak performance from the stock lately, plus a steadily rising dividend payment, has pushed Cedar Fair's yield to near 7%. The amusement park specialist just closed out a mixed fiscal year that included just slight attendance gains and reduced profitability. Its parks weren't able to fully recover from poor weather in portions of the peak summer months.

CEO Richard Zimmerman and his team have a multipronged plan to reduce the company's exposure to such unpredictable events. Cedar Fair is bulking up its indoor entertainment experiences, for example. It's also offering more off-season festivals to drive repeat visits outside of peak times. The company's most impactful move could be its shift toward locking in more season pass sales well in advance of the summer months.

Meanwhile, Cedar Fair's long-term plan involves adding rides and more diverse entertainment offerings through all the undeveloped acreage it owns in land adjacent to its parks. Investors who want to ride along as that strategy matures have a good shot at collecting a meaty dividend that's projected to grow at a 4% annual rate for the foreseeable future.