Please ensure Javascript is enabled for purposes of website accessibility
Log In Help Join The Motley Fool
Free Article Join Over 1 Million Premium Members And Get More In-Depth Stock Guidance and Research
By Jason Hall – May 2, 2019 at 8:16AM

A double whammy of manufacturing problems hit Trex hard in the first quarter, but management is hitting back.

Green and long-lasting decking manufacturer Trex Company Inc. (TREX -5.39%) reported first-quarter earnings on April 29, catching investors off guard with results that came up short of investors' expectations, while also warning that the underlying reasons why would weigh on its results for the rest of 2019.

Let's take a closer look at what happened in the quarter, as well as what management said to expect going forward. 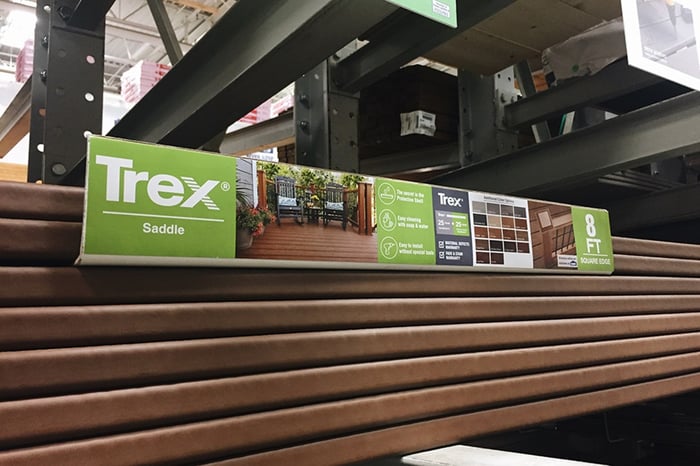 Here is how Trex did in some important metrics:

As the table above shows, Trex did increase revenue, but net income fell pretty sharply in the quarter. This is quite different than the company's typical result of turning incremental sales growth into outsize profits.

So what gives? Instead of generating operating leverage on higher volume in the quarter, Trex struggled with manufacturing problems, something that's historically been a strength for the company.

Moreover, it was a double whammy for the company. First off, start-up costs and manufacturing problems with its updated Enhance products cost the company about $10 million right off the gross profit line. Moreover, it wasn't just lost margin, as the amount of product the company was able to manufacture was short of actual demand, meaning the company missed an opportunity to sell even more product and generate additional earnings.

As if that weren't enough, the company experienced not one, but two equipment outages in its Nevada plant, losing two separate manufacturing lines for more than 30 days each.

Lastly, while Trex's Virginia facility -- where it experienced start-up problems with Enhance -- is now operating at planned rates, its Nevada plant is expected to deal with reduced throughput and higher related expenses well into the second quarter.

Sequential improvement in Q2 expected, but...

Here's the rub: A 300 basis point improvement would result in gross margin of 41.6%, while Trex reported 44.8% gross margin in last year's second quarter. In other words, there's still a substantial amount of work to do to return to prior profitability levels.

Looking ahead: Still a huge addressable market for Trex to grow into

There's no getting around it: Trex has stumbled out of the gate in 2019, and it's going to take at least another quarter to get back up to speed. Moreover, as Cline pointed out on the earnings call, Trex's distributors have their own customers to take care of, and it's possible Trex's manufacturing struggles may have cost it some sales that it may not be able to recover; those decks are already built.

But on the other side of that same high-demand coin, the company says demand has indeed been higher than expected, including for Trex's newest Enhance products, and if that demand sustains through the spring and summer deck season, the company is likely to end 2019 on a stronger note than it may seem right now.

Lastly, the long-term thesis is unchanged. Trex decking, along with its other wood-alternative competitors, makes up maybe 20% of decking sold in North America, and Trex is by far the largest alt-wood deck manufacturer, with the best name recognition and widest distribution.

As the rest of 2019 plays out, investors should watch closely for confirmation that the company has moved beyond its start-up struggles and equipment failures. But with a solid history of stellar manufacturing efficiency, I wouldn't bet against the company.