Please ensure Javascript is enabled for purposes of website accessibility
Log In Help Join The Motley Fool
Free Article Join Over 1 Million Premium Members And Get More In-Depth Stock Guidance and Research
By Jeremy Bowman – Updated May 3, 2019 at 3:04PM

May is famous among investors for being the month to "sell and go away," and with the market at all-time highs, some investors may be tempted to take profits.

But with earnings season continuing in full force, and more IPOs coming down the pike, including the long-awaited debut of ride-sharing juggernaut Uber, May should be full of juicy market news. Keep reading to see why you'll want to keep your eye on Lyft (LYFT -3.36%), Disney (DIS -1.39%), and Target (TGT -2.56%)this month as earnings reports and other events shape up to drive these stocks one way or another. 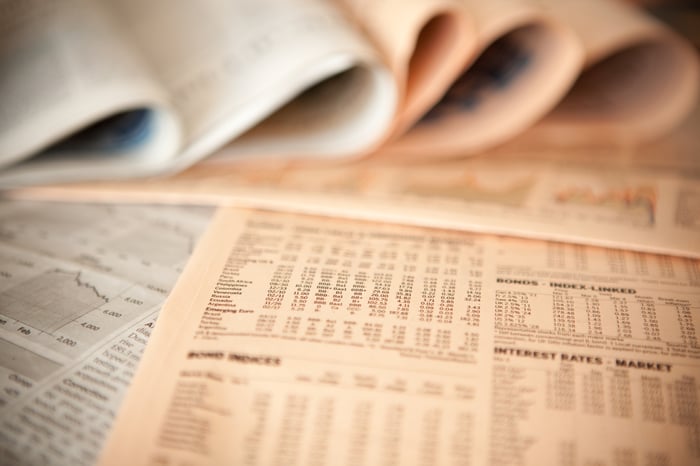 Lyft is losing the spotlight

Lyft's first month on the market has been a volatile one. The No. 2 ride-sharing company saw its IPO oversubscribed, allowing it to raise the price to $72 -- up from a prior range of $62 to $68 -- and it spiked on its opening day all the way to $88.60. However, since then, that enthusiasm has waned. Shares have fallen by a third as the market seems to have returned to its senses about a stock that is losing nearly $1 billion a year and has no discernible competitive advantage.

Lyft is set to face another hurdle this month as its larger rival, Uber, hits the market. Uber's IPO is also oversubscribed, indicating high demand for its shares, and though it has not set an IPO date, the stock is likely to begin trading publicly within the next couple of weeks. Uber's debut will test Lyft stock as investors who bought Lyft are also likely to be interested in Uber, so the Uber IPO could prompt selling in Lyft stock. On the other hand, a weak debut from Uber may signal that investors believe the ride-sharing sector is overvalued.

Meanwhile, Lyft is also set to report first-quarter earnings after hours on May 7, its first as a public company, and that could easily send the stock moving by double-digits one way or the other. The average analyst is forecasting $740.2 million in revenue and a $1.81 per-share loss. Expect a big move on May 8, the first trading day after the report comes out.

Disney breaks down its numbers

Disney shares soared last month after the entertainment giant unveiled its new streaming service, Disney+, which will launch in November. With the company set to report second-quarter earnings on May 8, analysts will have their first chance to pepper CEO Bob Iger and company with questions on Disney+ and its strategy following the closing of its Fox acquisition in March.

Disney has changed its operating and reporting structure this year, breaking out a segment for direct-to-consumer and international to give investors a closer look at how its strategy around BAMTech, ESPN+, Hulu, and Disney+ is paying off. In the first quarter, Disney said that the Direct-to-Consumer and International generated $918 million in revenue, down 1% from the year before, and an operating loss of $136 million. The segment should continue to operate at a loss as Disney invests in its streaming services, including Disney+ ahead of its launch. Meanwhile, investors will get their first look at how the Fox acquisition will affect results, though it will factor into just a small piece at the tail end of the quarter.

Analysts are expecting the company to report revenue of $14.4 billion, down 1% from a year ago, and a per-share profit of $1.59, compared to $1.84 in the quarter a year ago. While the stock may not necessarily move on the report, investors should pay attention as the results and the earnings call are likely to reveal important details about Disney's future.

Target gets a chance to rebut Amazon

When Amazon (AMZN 1.20%) announced in its first-quarter earnings report that it would invest $800 million to bring one-day shipping to Prime members, slashing the shipping time by half on millions of items, several big-box chains fell on the news. However, none took it worse than Target, whose shares dropped 6% on the announcement and have slipped since then.

Investors clearly fear that Amazon's move will take away sales from Target, even though the big-box chain is also investing in speedy delivery with Shipt, convenient pick-up options like Drive Up, and small-footprint locations in underserved urban neighborhoods.

With its first-quarter earnings report set for May 22, Target will have an opportunity to rebut the critics and show that its strategy to meet the customer's needs both in-store and with e-commerce initiatives is paying off. The retailer reported blowout results in its fourth-quarter earnings report in March, showing off comparable-sales growth of 5.3% on 4.5% traffic growth. As Target continues to invest in initiatives like Shipt and Drive Up, it seems like a good bet that it kept up that momentum in the first quarter.

The analyst consensus for Target's first-quarter results sits at $17.5 billion in revenue, up 4.2% from the year before, and earnings per share of $1.43, better than $1.32 in the quarter a year ago. A strong report could help the stock recoup the stock's recent losses, giving it an upside of about 10% if it can return to its recent highs.